RICHLAND, Wash. (BP) — What do sandlots and whirlpools have to do with the Cooperative Program? When I was young, we would spend seemingly endless summers at either one of two places: the baseball diamond or a neighborhood swimming pool. 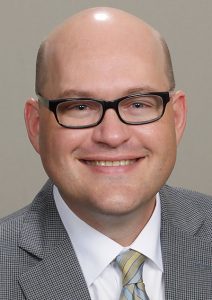 While there were certainly organized sports teams, most of my baseball career was spent playing pickup games at the sandlot in the middle of our neighborhood. Those were “glory days” of pretending to pitch like Nolan Ryan, steal bases like Rickey Henderson and play shortstop like Cal Ripken. Most days at the sandlot were filled with boys living out the dreams of America’s pastime.

That is, most days. There were some afternoons that were definitely not as fun as others. What made the difference? There were some days when we didn’t have enough players show up to play the game. That’s the thing about baseball. It’s a team sport. You can’t play catch very well by yourself. And certainly ghost runners and automatic outs are poor substitutes for the real thing.

On afternoons when the Oklahoma sunshine just became unbearable, we would often trade our Louisville Sluggers for beach towels and jam shorts and head to the pool for some cool summer fun.

Inevitably, one of the games we would play between rounds of “Marco Polo” was making a whirlpool. This would involve all of the kids walking, running or swimming around the edges of the pool in the same direction. Eventually, the water would be flowing with a momentum of its own and chaos would ensue as you tried not to get swept away by the current.

So what do sandlot baseball and a whirlpool at the neighborhood pool have in common with the Cooperative Program?

The answer is teamwork.

A great day of baseball is dependent on enough kids showing up at the lot ready to play. And if the kids in the pool don’t work together, the whirlpool idea dies out and the monotony of a pool without a deep end or a slide wears on.

And similarly, the SBC missions funding concept known as the Cooperative Program only works effectively as churches get in the game, give sacrificially, support their missionaries prayerfully and engage in the work as a team across our great convention.

For me, this is personal. Because that baseball card collecting, swimming pool-wrinkled boy was not a Southern Baptist growing up. And when he graduated high school, he went off to college not intending to live out his faith.

And yet because Southern Baptists were giving sacrificially to support collegiate missions through the teamwork known as the Cooperative Program, this young man met a group of intentional disciple-makers at the University of Oklahoma Baptist Student Union. And it forever changed the course of his life. Eventually that young man would attend both Southern and Southeastern Baptist Theological Seminaries at a greatly reduced cost.

All of these blessings were made possible because Southern Baptists showed up and gave sacrificially through the Cooperative Program. And the work extends far, far beyond me. Multitudes of missionaries, church planters, chaplains and seminary professors could testify that they are able to fulfill their calling in part because of the faithfulness of Southern Baptists to give.

Thank you, Southern Baptists. I would not be a Baptist pastor working in a frontier area in the Northwest without your faithfulness to give. While our cooperation may have more eternal significance than a sandlot pickup game or creating a monster whirlpool, the principle is the same. By working together, by God’s grace we accomplish more as a team than we ever could alone. 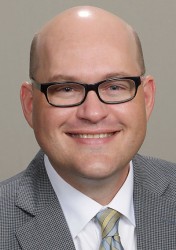 View all posts by Travis Southern