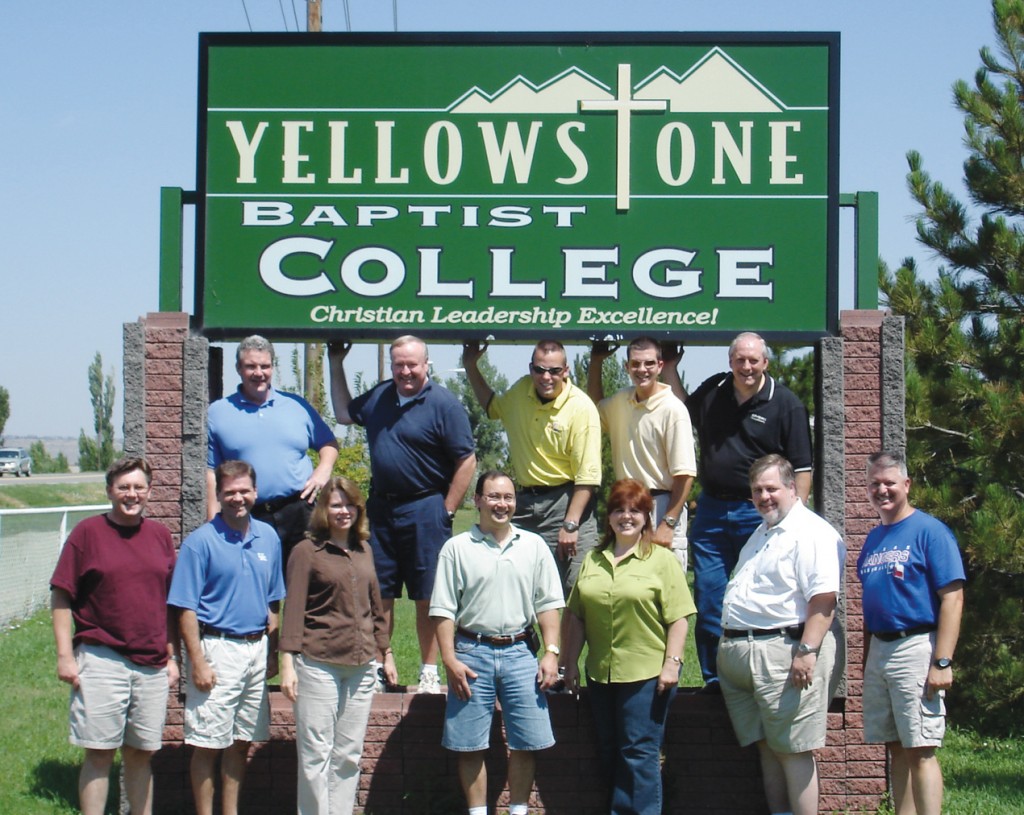 Recently, I had the privilege of participating with 11 other Southern Baptist information technology (IT) professionals in the most extraordinary encounter I have ever had with the Cooperative Program. For 20-plus years, IT directors/managers from several state conventions have come together for a conference to share and discuss common problems and solutions in a cooperative manner. These events have always proven beneficial to us here in Oklahoma.

Last year, we decided to try something new and add an element of missions into our conference for 2007. Tennessee had a partnership with the Montana state convention, and we determined that as many of us as possible would come early to the conference and use our talents and knowledge to help them in an IT related project.

Raymond Smith (the director from Tennessee) took the lead in coordinating the mission project, and we planned an event to assist the Yellowstone Baptist College (YBC) in Billings, Mont. YBC was founded in 1974 by the Yellowstone Association and has an alliance with the Montana Southern Baptist Convention.

It is an accredited school with a four-year Bachelor of Arts in Christian Leadership Degree, and the Christian Studies program is currently accredited by the North Central Association of Colleges and Secondary Schools through the Joe L. Ingram School of Christian Service of Oklahoma Baptist University.

The school relied on a contractor charging $125 per hour for their design and major repair issues, and had about 20 computers and three servers to meet a wide variety of needs for both staff and students. The servers were not doing anything for the school when we arrived, but by the end of our conference, we had built an entire network for the school that provided for much greater security, sharing of files and printers, automated virus protection, automated backup, a new database for student record keeping and had upgraded several of their computer operating systems. The work the group performed totaled more than 160 man hours of professional labor and saved YBC more than $20,000 in labor alone.

But what made this event so extraordinary was the way God took and used the “chiefs” of 10 separate state convention IT departments to accomplish His goal in a far away place. There were no egos involved; each person was only interested in what they could do to help. There was no fighting or even significant differences of opinion on how best to meet the various needs. It was as harmonious a team effort as I have ever experienced in 49 years of Baptist life.