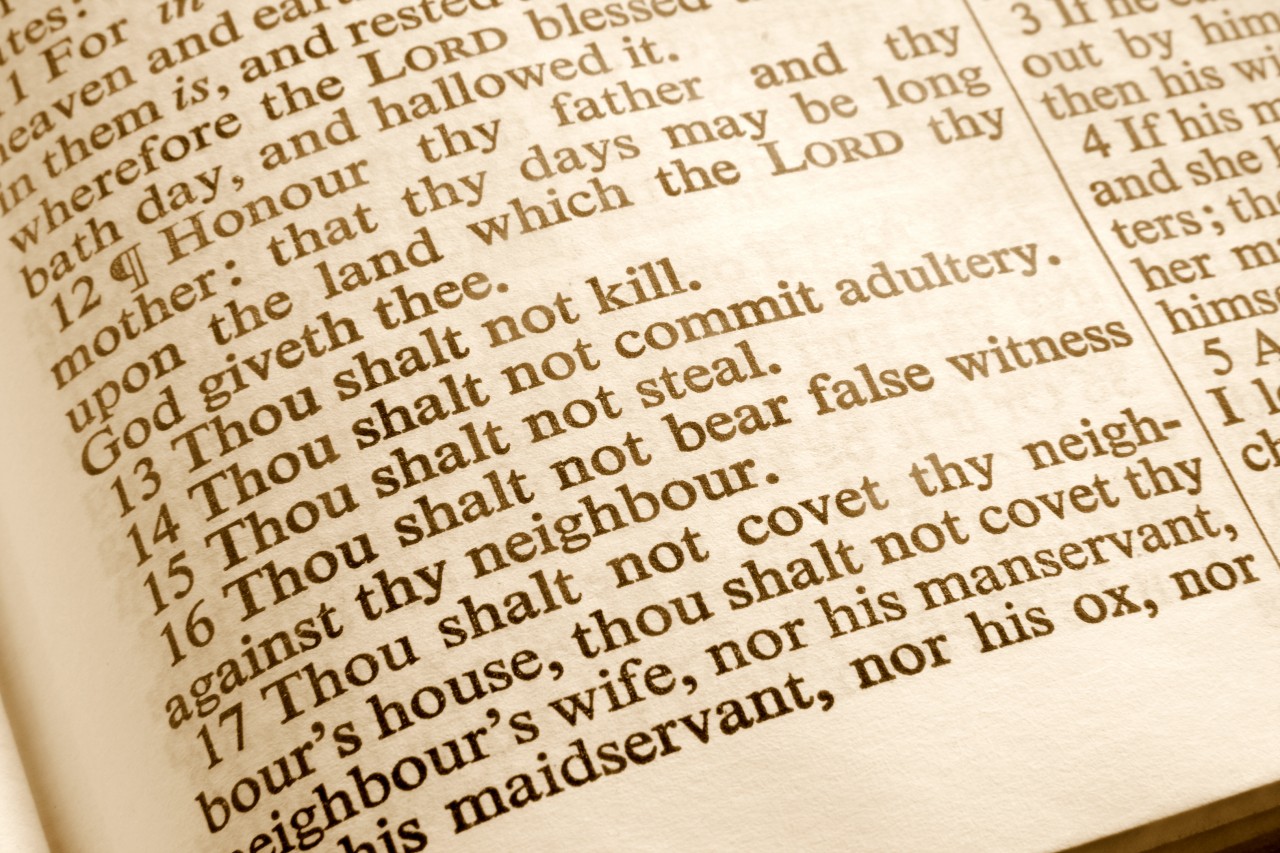 This November, Oklahoma voters will consider a number of state questions on topics including the death penalty, prison sentencing reform, alcohol laws, as well as a sales tax hike for education. One state question that has not been discussed as much as others is State Question 790.

Did you hear that? This state question would eliminate the phrase in the Oklahoma State Constitution that was the basis for the Oklahoma State Supreme Court’s order to remove the privately-funded 10 Commandments Monument from State Capitol grounds last year.

Though this is an accurate way to think of the issue, we must admit there is more going on here. The state question would effectively remove what’s known as the Blaine Amendment from Oklahoma’s State Constitution.

The Blaine Amendment refers to a series of laws passed among various states in the United States in the late 19th and early 20th centuries and is named after Congressman James Blaine (1830-1893). The laws are now understood to have been motivated by anti-Catholic sentiments at the time, as a way to prevent public monies from helping any educational or charitable endeavors of Catholic ties. 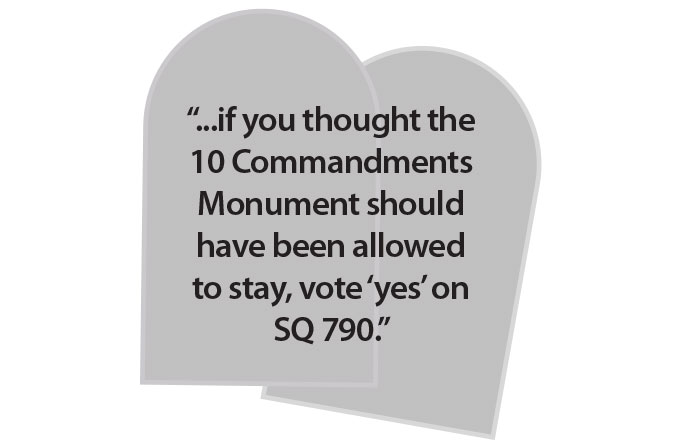 For the most part, the Blaine Amendment is considered outmoded and outdated and unnecessary since the First Amendment would protect against government-sponsored religion. Every now and then, though, the Amendment is used as the legal basis to toss out religiously-based efforts that activists judges do not like, such as what we saw in the 2015 Prescott v. Oklahoma Capitol Preservation Commission vote that removed the 10 Commandments.

It’s not only about monuments, though. An analysis of SQ 790 shows that Blaine Amendments could be (and have been) cited to block things like Christmas displays, other religious symbols in public, public displays of faith in public schools, church daycares, faith-based medical services, charitable relief and roadside memorials. Theoretically, through Blaine, the ACLU could even get its wish to remove the phrase “Under God” from the Pledge of Allegiance.

So what will we do about it? As Christians in America, we must speak forth and vote. While we have spent so much time analyzing the presidential election, let’s not miss an opportunity to purge our state’s constitution of a disreputable law and also shore up religious liberty in Oklahoma.