Connect: The ‘paradox’ of Christmas

I love Christmas! Time with family, decorating the house, food, music, traditions, gift giving—did I mention food? One of the things about Christmas that I particularly enjoy is reflecting on the theological significance connected with the birth of Jesus—the virgin birth, fulfillment of prophecy and especially the “paradoxes” His birth presents as we think about its significance for us.

In general, paradoxes deal with something that appears to be contradictory and calls for deeper thought and investigation. Some examples of a paradox are: “Nobody goes to that restaurant; it’s too crowded,” and “If I know one thing, it’s that I know nothing.” James Boice, in his book, “The Christ of Christmas,” quotes Donald Barnhouse who explored a number of “paradoxes” of Christ’s birth and the importance the incarnation has for followers of Christ.

Boice writes, “Put all of these texts together and we see a great pattern. We see that Jesus endured a human birth to give us a new spiritual birth. He occupied a stable that we might occupy a mansion. He had an earthly mother so that we might have a heavenly Father. He became subject that we might be free. He left His glory to give us glory. He was poor that we might be rich. He was hunted by Herod that we might be delivered from the grasp of Satan. This is the paradox of Christmas. It is the reversal of roles at God’s cost for our benefit.”

How very thankful we should be for the many things we receive through the incarnation of Jesus. I pray you and yours have a very Merry Christmas! 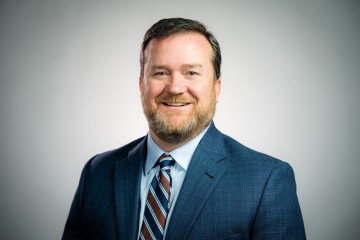