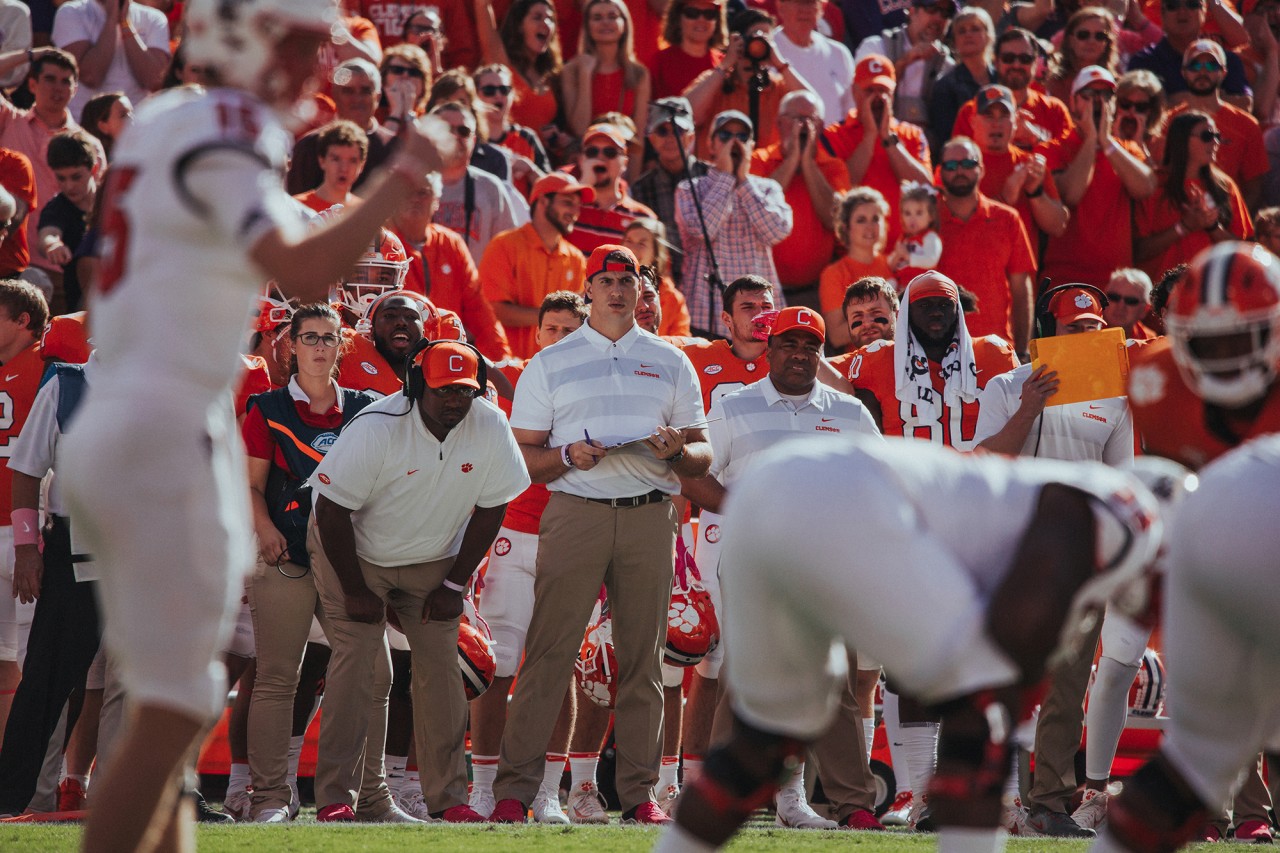 CLEMSON, S.C. (BP) – Despite being a big-time college football player headed to the NFL, Miguel Chavis was on a path to destruction. Self-centered and vile. Hedonistic and drunk. A tough brute who partied hard and pursued every fleeting pleasure he could think of.

You name it, and Chavis, during his early years as a defensive tackle at Clemson, was probably guilty of it. 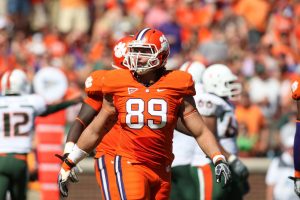 “I was living in the flesh for 3 1/2 years and was sexually immoral and addicted to pornography, and was really just captured and captivated and enslaved by people’s opinions of me,” said Chavis, now the defensive player development coach at Clemson.

But then God intervened in Chavis’ life, radically transforming the young man into something new and something good. He is proof that God can find what’s lost and fix what’s broken.

“He lights up a room when he comes in, just an energetic kind of guy,” said Jeremy Chasteen, the college and missions pastor at Clemson, S.C., Crosspoint. “Big old dude. He’s one of those guys you see and say, ‘Man, if he could come to faith in Christ, he’s going to have a big impact on people.'”

The new Chavis is doing exactly that. Heavily involved at Crosspoint where he came to faith, Chavis leads a college Bible study in his home and is working on a master of divinity degree at Southern Baptist Theological Seminary.

During the last semester of his senior year at Clemson in 2011, Chavis attended a service at Crosspoint where he heard a sermon from pastor Ken Lewis on Eph. 2:1-10 that changed everything. Lewis preached about being dead in sin, and how those who were apart from Christ were under God’s wrath. But yet, God in His love saved people by grace, through faith in Jesus Christ.

“I remember being struck to the heart,” Chavis said. “For the first time I was given, really, the understanding of what sin is.”

Chavis went to sleep that night still thinking about the message he had heard. When he awoke the next morning, he felt the weight of his sin for the first time in his life. He realized how enslaved he was and how hostile his mind was toward God. All his life, he had lived only to satisfy his selfish desires and had found nothing to fill the hole in his heart.

“I fell on the floor,” Chavis said. “I’ll never forget it. I prayed to Jesus, and I challenged Him. I said, ‘Lord, if You’re real, I am believing right now for the first time, by faith.'” 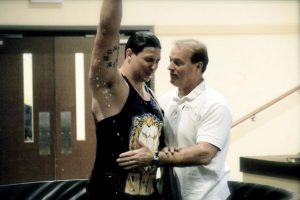 A sermon in which he was “struck to the heart” set Miguel Chavis on the path to faith and his baptism by Ken Lewis, senior pastor of Clemson, S.C., Crosspoint.

The change in Chavis’ life was instantaneous. He began devouring the Scriptures and evangelizing his teammates, fraternity brothers and family. He left Clemson and played professionally for three years, including stints with the Pittsburgh Steelers and Kansas City Chiefs.

Chavis then returned to Clemson as a graduate assistant on head coach Dabo Swinney’s staff and finished his degree before becoming an intern at Crosspoint and eventually joining the church’s staff as a student minister. Though he left the church staff a couple of years ago to return to a full-time coaching role at Clemson, he continues to serve Crosspoint in a variety of ways.

For Chavis, his faith in Christ is the foundation for serving and for the way he approaches his job as a coach at one of the elite college football programs in the country. On Jan. 7, Clemson will face Alabama in the College Football Playoff National Championship for the third time in the last four years.

Chavis doesn’t know where the Lord will lead in the future. He has a heart and passion for theology and ministry – “I could see him as a church planter one day,” Chasteen said – but he also loves coaching. For now, he and his wife Megan and their two young sons are content with where the Lord has placed them and the opportunities they have to invest in college students and football players.

“If I could do anything, I would serve here for as long as I can,” Chavis said, “until Christ calls me somewhere else.”