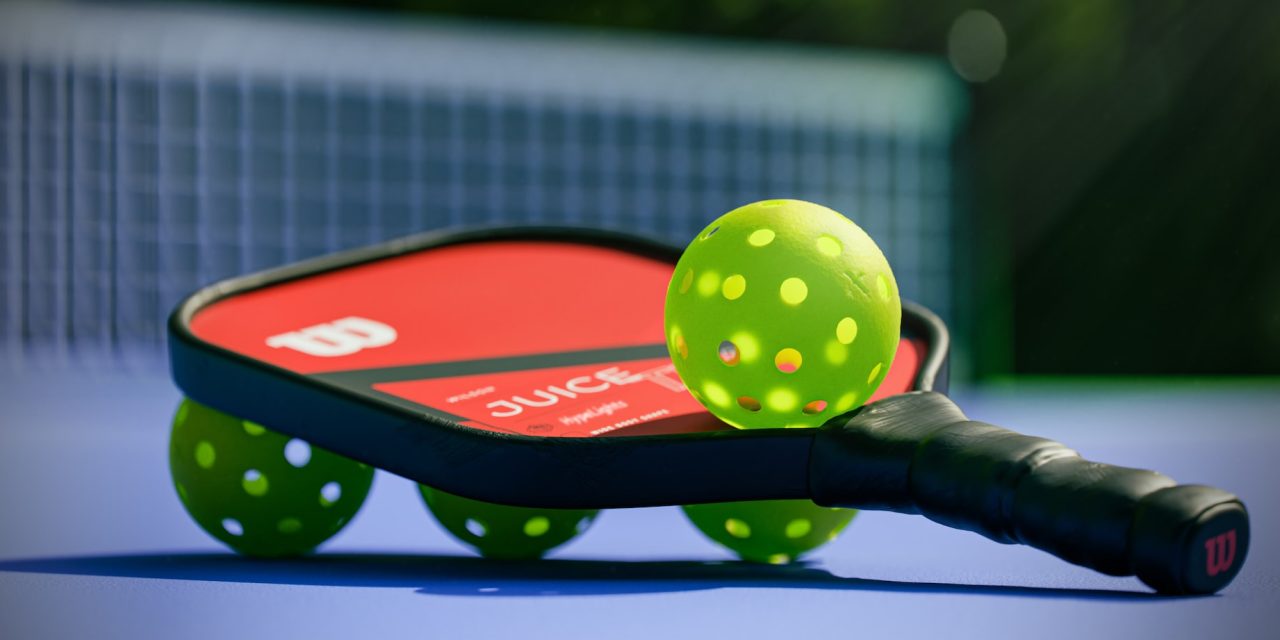 NASHVILLE, Tenn. (BP)—Pickleball has been the fastest growing sport in America for the past two years, and Southern Baptist churches are using it as a way to build relationships among their members and reach out to their communities. 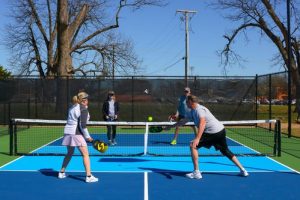 Invented in 1965 near Seattle, pickleball resembles Ping-Pong, badminton or tennis.

Players stand on opposite sides of a three-foot-high net and use paddles to return a plastic ball back and forth until the ball is either hit out of bounds, hit illegally or bounces twice.

For Lee Chinnis, support pastor at Charleston Baptist Church in S.C., the simplicity of the sport has made it popular with both church members and guests.

“We have used pickleball for building in-house community, but also for our congregation to invite friends who may not normally come to church to play,” Chinnis said. 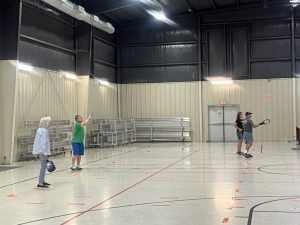 “It’s a good sport to bring people together, and that’s what we were trying to do. We were trying to get some of our congregation who might not know each other to do so.”

He told Baptist Press the church was planning to establish pickleball as a weekly activity at their gym right before the COVID-19 pandemic hit.

After several months of planning, Charleston Baptist purchased four pickleball nets which they set up for people to play every Tuesday. Guests can sign up for a time slot via an app and reserve a court to play singles or doubles games. 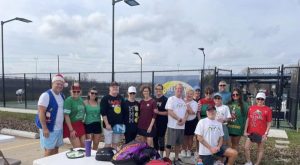 At Bossier City, La., Bellaire, pickleball has become a way for people to get to know each other and have fun. “It brought our community together as well as our congregation,” said Associate Pastor Cory Tucker. Submitted photo

Since starting the program earlier this fall, Chinnis said there are currently 80 registered users on the app, and the church usually has between 20-25 people playing each Tuesday.

Although the sport was initially most appealing to the older members of Charleston, Chinnis quickly realized the game is truly for everyone.

“We started by just trying to get our older generation to come out and play… but we now have a very wide variety of people that come to play, including some 20-year-olds and some kids as young as 9,” Chinnis said.

“The sport is just so amazing because it’s just contagious. It’s not a hard game to learn. It’s quick to pick up and anybody can have fun with it.”

According to The Sports & Fitness Industry Association’s 2022 annual report, pickleball was the country’s fastest growing sport in both 2021 and 2022. During those two years, the sport’s popularity grew by nearly 40 percent.

The report said the U.S. boasts nearly 5 million pickleball players, and according to an article from ESPN, the fastest-growing demographic is people under the age of 24.

Drew Brees’ involvement with the game is one factor in the growth of the game in the state of Louisiana, the home of Bossier City, La., Bellaire.

“Pickleball has allowed us to invite Christians as well as non-Christians to our events,” Tucker told Baptist Press. “They come to us because of pickleball, and this allows us to engage them in conversation and tell them more about our fitness facility, as well as our church.

“It took some time for something as new as pickleball to catch on, but when it did, it brought our community together as well as our congregation.”

Bellaire member Tonia Zuber is especially thankful for the pickleball outreach. She and her husband attended Bellaire and were members of the fitness center for many years, before her husband’s death in late 2020.

She told Baptist Press the following months were a difficult season and community wasn’t really on her mind. That was until a friend reached out and asked if she would like to start playing pickleball at a local YMCA.

After reluctantly going, Zuber said the people she met while playing were “wonderful” and she soon starting to think of ways Bellaire could get involved with the sport.

In an effort to get the ball bouncing, Zuber attended a church business meeting and proposed that the fitness center build several outdoor courts. She even offered a sizeable donation to begin the process.

Zuber said initially no one at the church knew what pickleball was, but her own life provided the evidence church members needed.

Upon the completion of the courts, Zuber had her husband’s favorite Bible verse (Phil. 4:13) inscribed on a boulder at the entrance of the courts. She said it was simply a personal way to honor him, as he would love nothing more than to help people grow closer to each other and to Jesus.

“I’ve been able to play with and get to know members of the church that I never would have interreacted with,” Zuber said.

“Reaching out and building community was a huge reason for why I even pushed for it, because I did feel like there was a need for it. I thought it would be a great way for our church members and the community to mingle. Hopefully we can plant seeds where they would want to come to church or get to know Jesus.”

Chinnis said whether it’s the new pickleball craze or some other activity, churches can use exercise to unite people in a unique way.

“We are competing with a lot of other things that people can do, and so these different physical activities give families and other people a way to connect and get to know others, instead of just seeing faces on Sunday,” Chinnis said.

“Love is a verb and once you get to know somebody, you are willing to step out and help that person when they need something.”