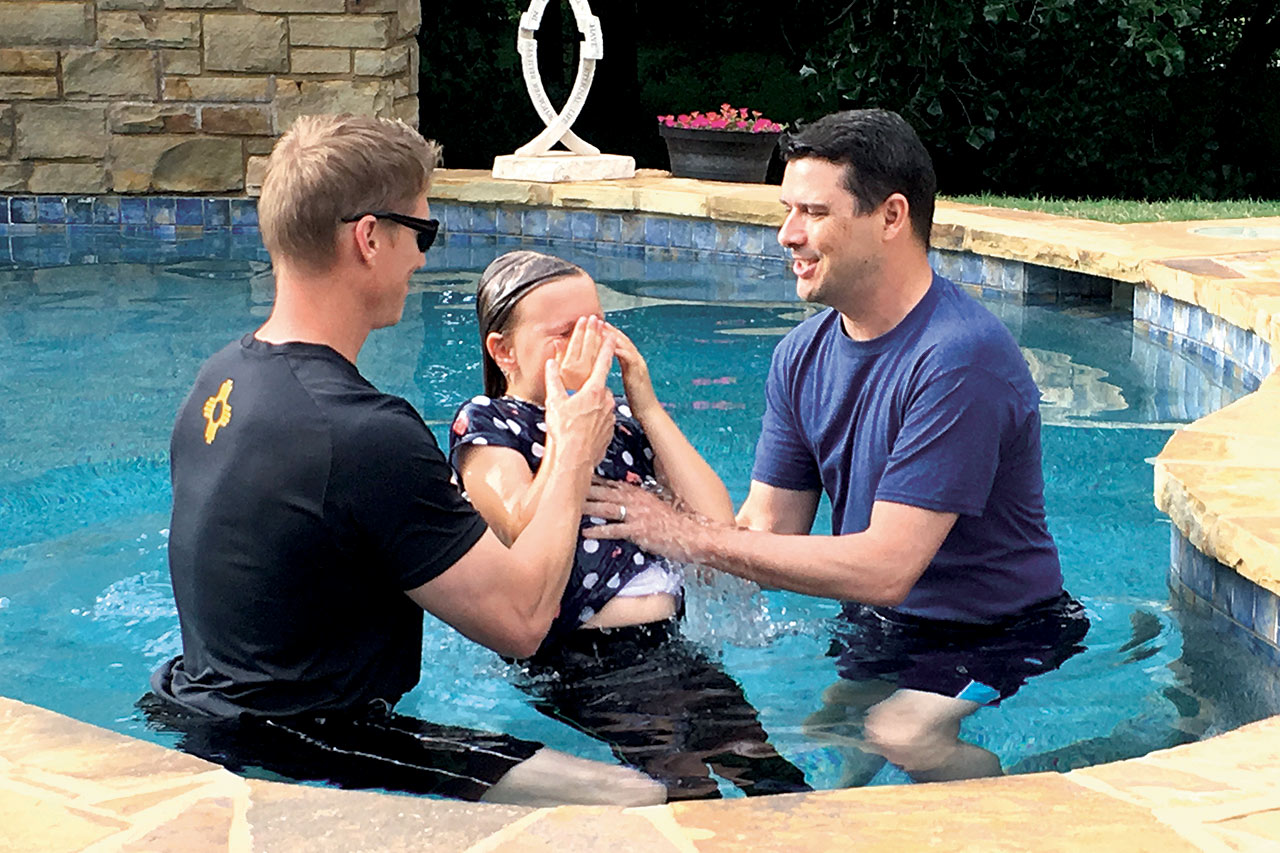 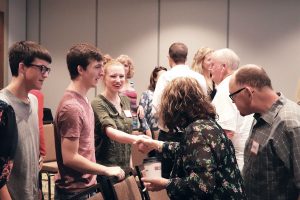 EDMOND—The church plant East Edmond Community Church officially launched with 81 people present Sept. 30, meeting in the Hilton Garden Inn and Edmond Convention Center, located at I-35 and Covell Road. The plant is sponsored by nearby Edmond, Waterloo Road; Edmond, First and the Church Planting Group of the Baptist General Convention of Oklahoma.

The church plant team is led by two longtime friends, Ray Strauss and Aaron Day, son of the late Alan Day, former pastor of Edmond, First.
“Ray and I have known each other since I was 11 and he was 13,” Day said. “We would hang around together on the playground at school, having fun. I ended up inviting him to church with me late in high school. I should have done it a lot earlier because shortly thereafter, he came to know the Lord and joined First Baptist Church.” 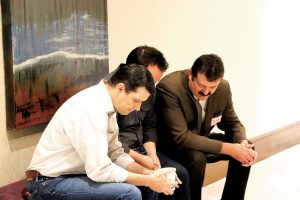 “I was an uncommitted Catholic,” Strauss shared. “I thought I had a relationship with God, but I didn’t really know the Lord. Aaron invited me to church. I became a Christian my senior year, was baptized and continued to grow under the ministry of Dr. Day.”

When Strauss’ parents moved away when he was attending Oklahoma Baptist University, he lived with the Days between semesters. Alan became a mentor to Strauss who followed God’s call in ministry, serving in various ministries in Oklahoma and Texas, eventually joining the staff at Edmond, First as associate pastor. After serving in these ministries, Strauss and his family moved to Buckeye, Ariz. in 2007 where for nine years they planted and pastored, The Church at

“I didn’t realize that God’s plans were to eventually call me back to Edmond,” Strauss said. “When I knew God was calling me, I asked Aaron to plant this church with me.” 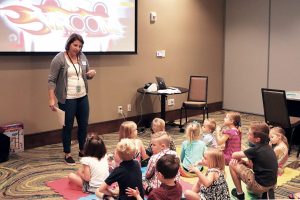 “Ray called me about a year ago saying he’d been talking about possibly coming to Edmond to start a new church,” Day said. “The vision he has really has been the drawing point for us in joining in planting the church.”

Strauss added, “We knew this was a special place. It was a special time, and we knew it was a work of the Lord. To see all this happening and the impact we are able to continue to have, we know that we are just bearing fruit, standing on the shoulders of Aaron’s dad and so many others.”

Day’s father was killed in a motorcycle accident February 16, 2011. He remembers the day well and sees how significant the occurrence has on their current ministry. “Seven and a half years ago, my dad was killed in an accident less than a half mile from here,” Day said. “It’s really neat to see the ministry of my dad bearing fruit so many years after his death. It always amazed me of the reach of his ministry around the world. But I’m also amazed how the ministry of my dad reached Ray and for it to be continuing here at a place where he met his Heavenly Father face- to-face.” 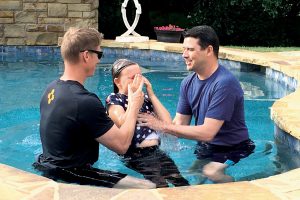 “Then,” Day continued, “come 28 years later, my daughter Adalyn was the first person baptized at (the church plant) East Edmond Community Church. Ray and I baptized her together. So that’s neat to see the whole thing circle back around.”

“Aaron’s dad baptized me, and 26 years later, the first baptism in our new church was Aaron’s daughter. God had a really good plan in place long ago, and we have been blessed to see it unfold.” Strauss said.