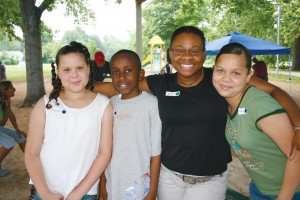 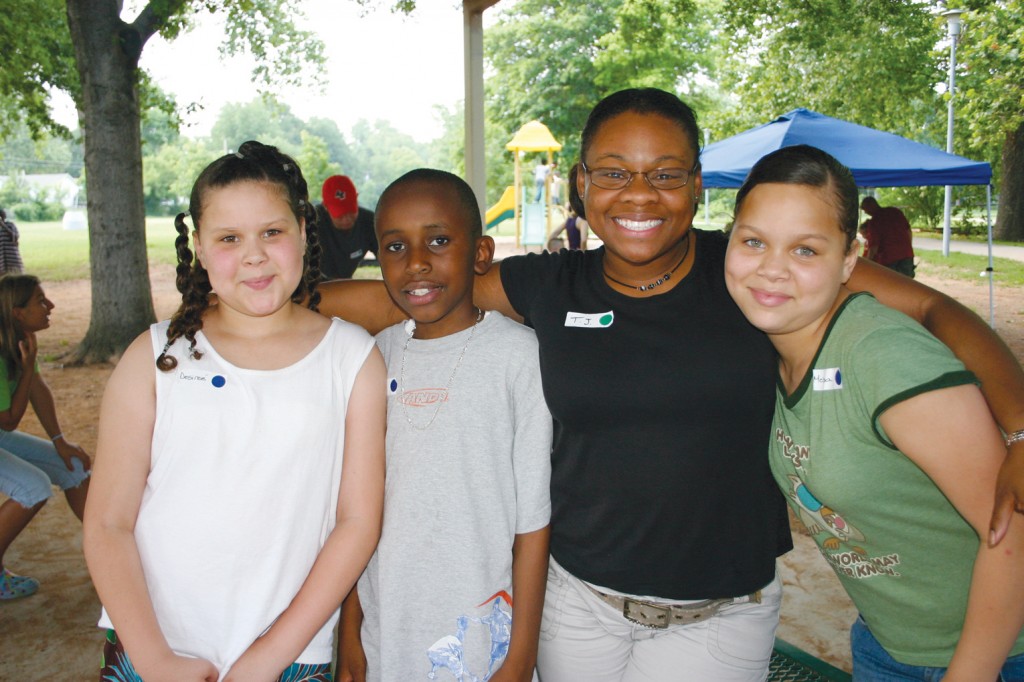 Each spring, hundreds of churches throughout Oklahoma begin preparing for the five days of Bible study, crafts, snacks and possible chaos that is Vacation Bible School. During the days that make up the event, there are both ordinary and extraordinary moments. On June 19, the VBS volunteers for Midwest City, Eastpoint, who had to overcome a variety of fears to participate in their church’s unique outreach, got to witness a moment that was truly astonishing.

“We had to figure out how to do VBS without a building,” said Chris Roberts, Eastpoint’s lead pastor. The church, which is a new church start of the Baptist General Convention of Oklahoma, began meeting Sept. 17, 2006 in the Midwest City Community Center. The option to use its regular facility during the entire week was not available.

“I’m kind of glad we don’t have a building,” said Roberts. “It meant we had to get outside the walls of the church and into a neighborhood to minister to the community, which I believe we should be doing anyway.”

In April, Roberts, along with the church’s Ministry Specialist, Stephanie Lankford, began brainstorming a format for their event that could emphasize their church’s mission statement to “know Him and make Him known.” During a walk one afternoon, they found Tom Poore Park, which sits between two neighborhoods not far from the community center. Although a section of one of the neighborhoods is known by police as “Murder One,” Roberts and Lankford knew it would be the perfect place to host their VBS and invite kids from both neighborhoods to join them.

During the four-day event, children from the area asked Lankford, “Aren’t you scared?” and Roberts had some of his members share with him their discomfort, fear of physical harm and fear of sharing the Gospel.

“But we feel we’ve been safe too long,” Roberts said. “We’ve found that if we continue to give people the opportunity to conquer their fear, over time the fear subsides.”

Lankford added, “Thousands need Christ who we’re scared to go out and reach. We must ask ourselves, ‘Am I in a scary situation? Yes. Will God provide and sustain? Yes.’ Whatever happens, God will use it for His glory.”

God did just that. On the second day of the four-day event, one volunteer had a chance to sit down with one child and answer the tough questions he had about God, His Son, the curse of sin, the defeat of death, the wonder of Heaven and how to get in. After all his questions had been answered, Braylen Connelly, a 9-year old neighborhood child who does not attend church regularly, made the decision to follow Christ. After his decision, Braylen was given a tract illustrating the steps he’d taken to be saved and the prayer that he’d been led through.

Braylen asked his Bible story teacher, who led him through the prayer, not to share what they had talked about with his friends.

“I want to tell them,” said Braylen. Ten minutes later, adult volunteers looked over to see that Braylen had wasted no time. Melissa and Desiree Adams, 11- and-10-year-old sisters, also from one of the surrounding neighborhoods, bowed their heads as Braylen led them through the prayer he had just prayed himself.

“The Bible teacher who led Braylen through his prayer was amazed,” said Roberts. “After being a Christian for five years, she had never presented the steps of accepting Christ to anyone before that day. She was nervous and scared, but she, like our entire group, faced her fear and God blessed it tremendously.”

Before the week was over, one more child, who does not live in Oklahoma but was visiting family, also gave his life to Christ.

“The children made the whole week worth it,” said Roberts, adding, “We were also able to meet parents and build relationships. A door was opened to that community, and we will be going back.”

Nearly 60 children and teens participated in the event. Of those, more than 40 were not members of the church, but participants from the local neighborhoods.

“It’s a whole other world outside the church,” Lankford said. “We should step outside and see the hurting world. People need us to go to them.”

Roberts and Lankford work hard to take their members into the community to serve and minister at least once a month. During the first week of July, they took a week-long trip to Lake Texoma to re-do the VBS format that was so successful in June. As a new church start, Eastpoint and its missions work is supported by sponsoring church, Choctaw, First, the Capital Association and the Cooperative Program.