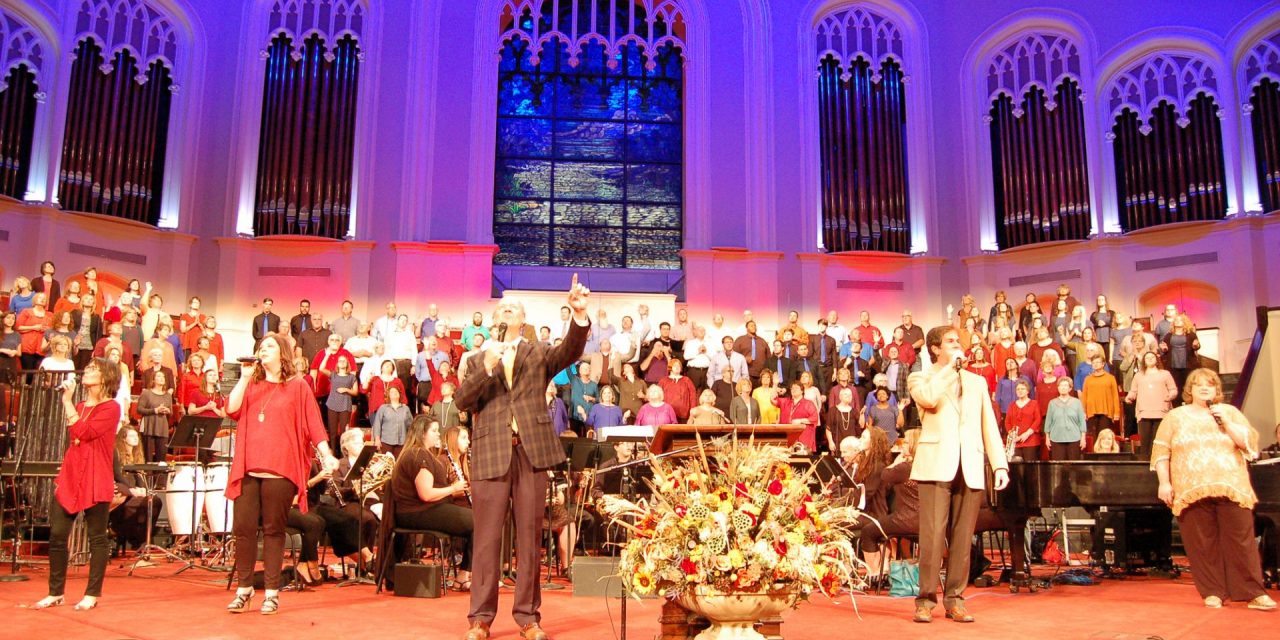 NASHVILLE, Tenn. (BP)—When it announced last month it was shutting down, Brentwood Benson became the latest in a line of major church music publishers closing their doors. Last year saw the bankruptcy of Lorenz Corp., which had purchased choral giant Word Music in 2017. Then a few months ago, Lifeway Christian Resources released its last box of new choral offerings for churches.

While several companies still offer hard copies of sheet music, the landscape looks very different than it did even a few years ago. And if the church music publishing industry had seen a step or two of decline in the 21st century, the COVID-19 pandemic took it down an octave.

“I think COVID probably was that final nail in the coffin for a lot of our publishers because suddenly there weren’t choirs meeting; there was no need for new music; the composers were sitting on the side with nothing to do,” said Kenny Lamm, worship ministries strategist for the Baptist State Convention of North Carolina.

Longtime worship leader Kirk Kirkland, who also has worked as an arranger and recording vocalist for both Lifeway and Brentwood Benson, said the closures are a blow for small churches that don’t have fulltime music staff or a lot of time for rehearsal. Brentwood Benson’s “Ready to Sing” series has been a longtime staple for small-church choirs.

“(It was) one of the best church music resources on the market, and their sales proved it,” said Kirkland, worship leader at Nashville, Tenn., Judson. “For that to go away, I know is going to impact the church… Where are they going to get what they need? There are other publishers that exist, but those places those churches have traditionally gone to get what they need are disappearing quickly.”

Daniel Semsen is one of a handful of smaller, independent publishers attempting to fill the void. He and his wife Christy had been creating new products for Word Music when they got word last year that Word’s parent company was filing for bankruptcy and their contract was over. Semsen, worship leader at Burbank, Calif., Village, knew that churches would still need the products these companies offer, so he started Semsen Music, a digital-only publishing house, where churches can download and print their own copies.

“We care about the choir, about the way the church choir gives an opportunity for people to belong somewhere—for people to join into worship. That’s our passion and our heart,” Semsen said.

“We want to step into this space where these giant publishers were, so we can provide resources for people like us.

“We love the choir so much,” Semsen continued. “We don’t want it to go away. We need new music. We don’t want to just get it from Praisecharts or use old music. We want well-crafted music that fits a certain purpose. Performance type music. Not just four-part harmony of a worship song. (Pieces) like Word and Lifeway and Brentwood Benson have been offering for decades.”

“Brentwood Benson largely served small- and medium-size churches, and many of them went into COVID with choirs, and they’re emerging from COVID without choirs,” Brown said.

He cited a Duke University study showing that by 2012, fewer than half of all churches had a choir at all—a number that has only shrunk since then.

“(Lifeway is) doing far, far less in the choral space, because church practice has changed,” Brown said. “We have to focus our resources to serve the most churches with the limited resources we have.”

Not that Lifeway has completely stopped providing for choirs, though.

People are using choirs as large praise teams, Brown said. So Lifeway has begun adding bass lines to vocal charts for worship songs to make them usable by four-part groups. And Lifeway will continue to publish pieces specifically for choir, but it will be in digital format only—no physical product. Churches will have to download and print the sheet music themselves, or issue each singer a tablet—something Brown said is a small but growing trend.

Acquiring music digitally was already common but accelerated during the pandemic. It’s now the norm, Brown said, adding: “Churches that have resisted have had to embrace it.”

Regardless of trends, all the people Baptist Press spoke to for this story said a choir can be an effective part of a service, drawing a congregation into worship.

“I think about the people that walk into the church, and they see five beautiful young people leading worship,” Samsen said. “I think there’s maybe a disconnect there. As opposed to walking into a church and seeing 40 or 100 people up there of all different ages and backgrounds. All different kinds of cultures worshiping together. You see a 15-year-old worshiping with a 75-year-old… People that look completely different from one another worshiping together. I think it’s powerful… People tend to join in to sing with the big mass of people that is already singing on stage. The choir is an important part of worship because it says to everybody, ‘Come and sing with us.’”

Kirkland, who uses the term “large-group worship team” rather than “choir,” said featuring all sorts of people is integral to the worship at Judson.

“Who is on the platform should reflect the congregation,” Kirkland said. “Everybody in a seat should be able to see someone who looks like them up on the platform.”

Lamm agrees that there is something unique and irreplaceable that a choir can add. He organized a mass choir for one of the sessions of the Baptist State Convention of North Carolina’s annual meeting last fall and said the service was “one of the best nights of worship that I’ve experienced,” adding that it set the tone for the rest of the meeting.

“Somebody said when they walked in, they could feel the presence of the Spirit of God,” he said. “I worked with (the choir) on worshiping with their whole being and not just the neck up. It was an amazing transformation. It bled into the congregation even more to light that fire of worship.”