Chicago Bears owner to speak at March for Life event

For those disappointed in politically-related news coming from the National Football League, this should be an encouraging alternative. Chicago Bears co-owner Pat McCaskey, grandson of legendary Bears founder George Halas, is scheduled to speak at the 2018 March for Life Chicago event, Jan. 14, according to LifeNews.com.

According to his online bio, McCaskey is “a Chicago Bears board member and the Bears’ senior director of special projects. He has been working for the Bears since 1974.” 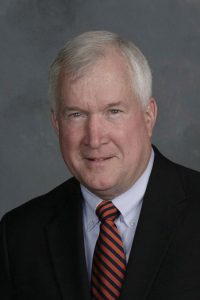 LifeNews.com reported, “The March for Life Chicago is expected to be the largest pro-life gathering in the Midwest.” Among those scheduled to speak at the event include a former Planned Parenthood director and Ed Stetzer, former executive director of LifeWay Research, who currently serves as the executive director of the Billy Graham Center for Evangelism.

March for Life Chicago is expected to draw an estimated 6,000 pro-life advocates from across Illinois and the Midwest. “People from all walks of life will come together on Chicago’s Federal Plaza to proclaim the sanctity of human life and a call for an end to abortion as they march through the loop beginning at 2 p.m. CST,” LifeNews.com reported.

March for Life Chicago Board of Directors President Dawn Fitzpatrick said the event will be a “peaceful march through the streets of Chicago” and will serve as “a reminder that people of Illinois and throughout the Midwest desire to change the societal perception of abortion.”

Fitzpatrick called on “religious, civic and community leaders to renew every effort to build a nation and culture dedicated to protecting life at every stage and eliminating the violence of abortion.”

“Thousands of individuals and groups will come together on Jan. 14 to proclaim that our women, men, children and families deserve better than abortion,” Fitzpatrick said in a statement.

McCaskey was a contributing editor to the literary magazines at Loyola University in Chicago and at Indiana University. He has a master’s degree from DePaul University. He has received numerous awards including Illinois Father of the Year, Sports Faith Light of Christ and Chicago Youth Guidance Exemplary Service.

McCaskey and his wife Gretchen have three sons: Ed, Tom and James. He is the author of two books, “Bear with Me: A Family History of George Halas and the Chicago Bears” and “Sports and Faith: Stories of the Devoted and the Devout.”

A requested speaker for various events, McCaskey has many moving and humorous presentations on sports, community and faith. Some of his best talks include “The Ten Commandments of Football” and “If the Apostles Had Played Football.”

McCaskey’s presentation “Chicago Bears History” features a lifetime’s worth of his personal reflections, including his grandfather’s days as the team’s coach and owner; receiving tips from quarterback Bill Wade; finding himself on the receiving end of Walter Payton’s practical jokes; and how owning the Bears is a blessing for his extended family.