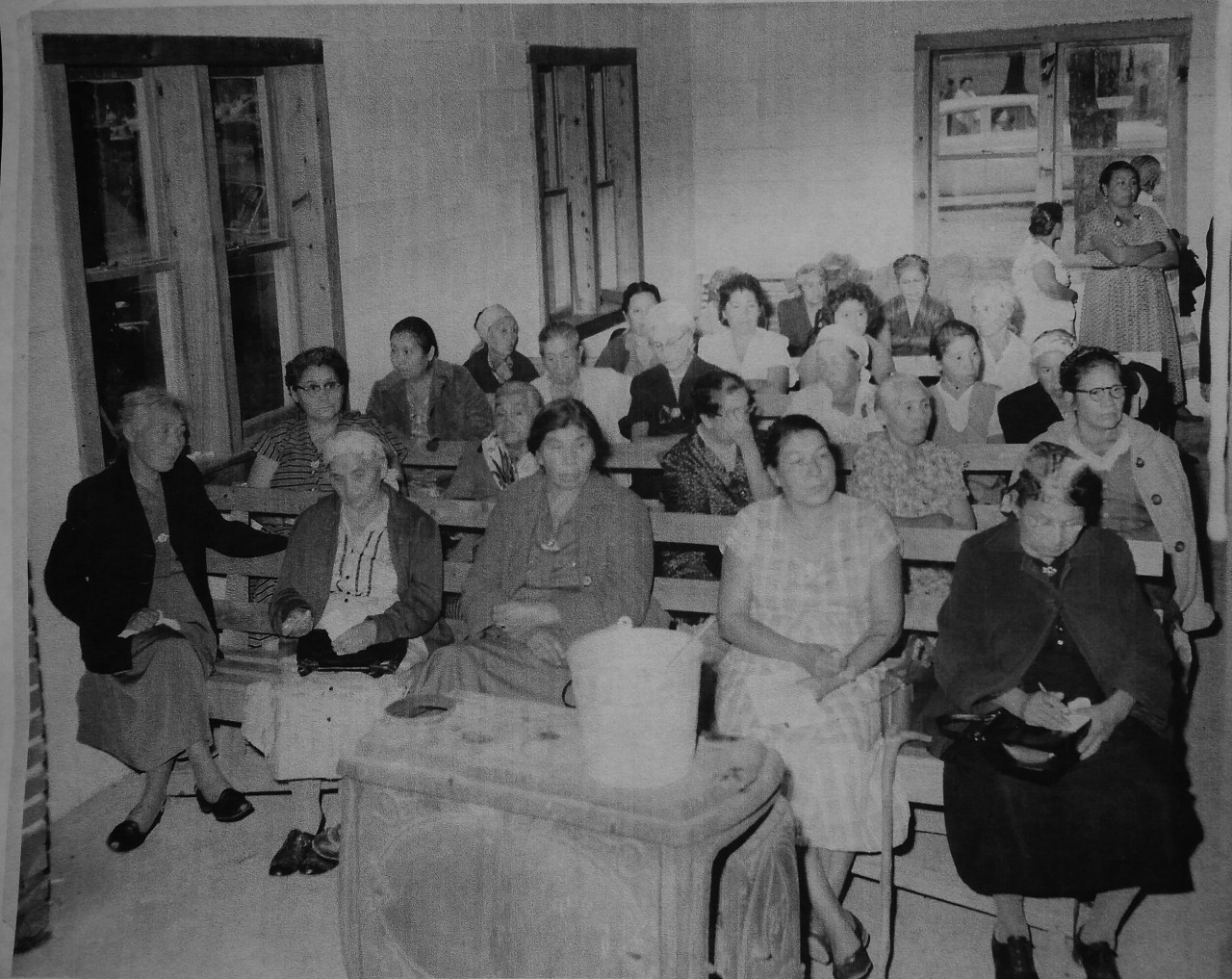 BRIGGS—The oldest Baptist association in Oklahoma observed its annual meeting for the 150th consecutive year on Oct. 11-12. The two-day meeting of Cherokee Association (CBA) featured worship services in both Cherokee and English languages, fellowship meals, recreation, traditional crafts and, of course, a lot of treasured memories. 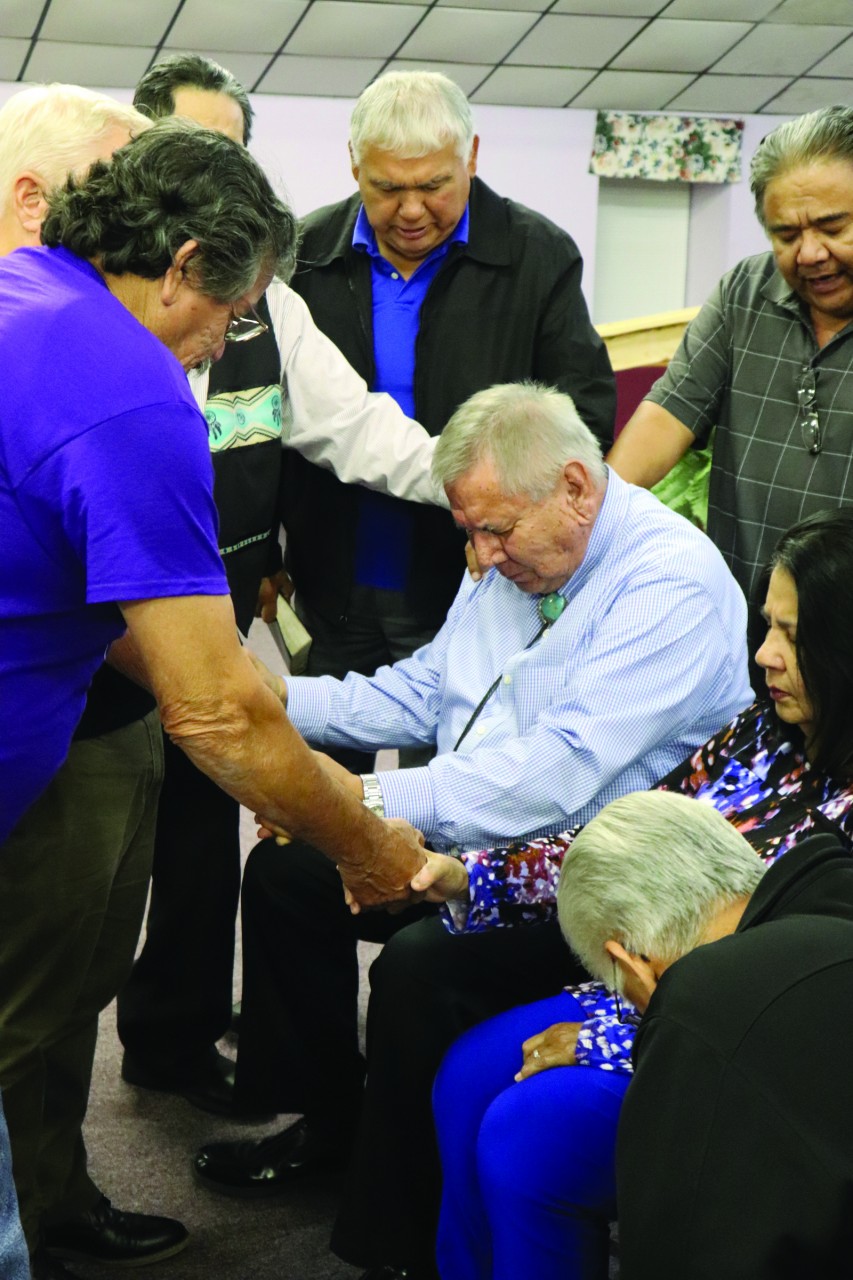 Chad Cochran, CBA secretary/clerk, said the history of the convention goes back long before the Cherokee people arrived in the state.

“Our records show that Cherokees had Baptists working with them before the Trail of Tears,” Cochran said. “The earliest record we found was 1809. The missionaries that were in North Carolina and Georgia came with them to Oklahoma.

“The association tried to form in 1860 in Tahlequah, but during the Civil War, the work stopped. Then in 1869, eight churches came to meet together in the southern Delaware County area between two of our oldest churches. That’s where they established the Cherokee Baptist Association.”

An early photo of Cherokee Women’s Missionary Union leaders in the chapel for women on the Cherokee Baptist Assembly grounds.

A history guide distributed at the annual meeting anniversary celebration explained how the convention has continued in ministry.

“The association met at its member churches for events such as the annual and quarterly meetings,” the document explained. “Churches would come together for days of worship, fellowship and to take care of the business of the association.”

Decades later, the association established its own family campgrounds on land that was donated in 1942.

“The Cherokee Baptist Assembly began in 1950 after the Rev. Roe Beard took a group of Cherokee Baptist church members to attend Indian Falls Creek in Davis, Oklahoma,” the history guide reported. “Rev. and Grace Beard saw the need to have the experience of worship and fellowship that was felt at Falls Creek. They also recognized the financial hardships of getting the many Cherokee people to the encampment. Rev. Beard came back to the Association and presented having a camp of their own at the assembly grounds near Tahlequah, Oklahoma.”

The Cherokee Baptist Association Assembly Grounds is located five miles east of Tahlequah on Highway 51 in the Briggs community.

Falls believes the Cherokee Association ministry is based on sound missiology.

“I think that it’s always good to remember that it was the Cherokee and some of the other early tribes that actually brought Christianity to Indian Territory which became Oklahoma,” Falls said. “A lot of the churches here in the Cherokee Association are older than the churches of the Baptist General Convention of Oklahoma. We sometimes forget, it gets left out of the history books, but they were very instrumental, particularly among Native Americans in bringing Christianity in what was outlaw territory at one time.

“The association continues to keep the Cherokee traditions alive,” Falls continued. “(Recently) they had an all Cherokee language service, for example. Even with the assimilation of Native Americans into the dominate culture, so much of the native tradition is alive. It’s good to see that the Cherokees are working hard not just to preserve Christianity, but also to preserve Christianity in ways they have historically practiced Christianity, so that it becomes comfortable among the unchurched native people. I think they have a good missiological purpose in doing so. They are not doing it just to keep it alive; they are doing it to let Cherokees know that you can be a Cherokee and a Christian.” 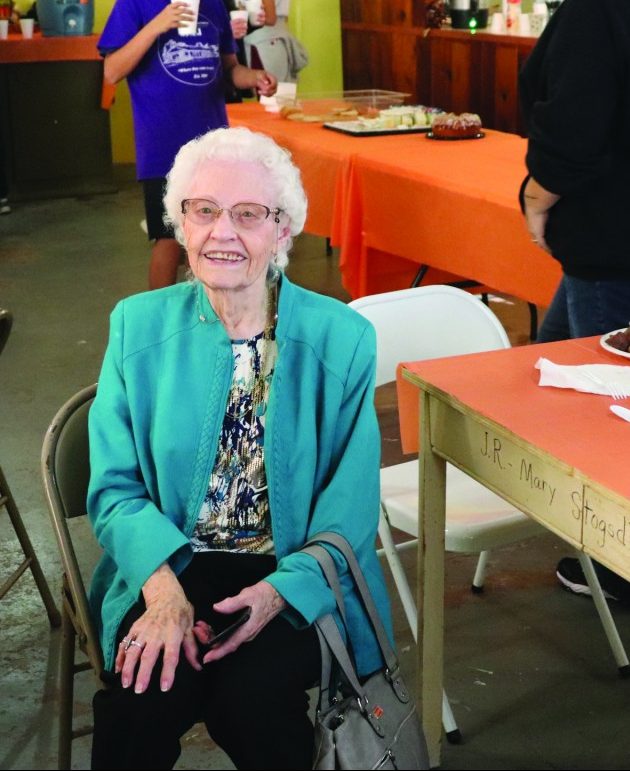 Mary Stogsdill, retired missionary was honored by Cherokee Baptists at the anniversary celebration.

“He pastored several Cherokee churches after we retired, so we were here (in Tahlequah) many years,” she said. “We were here from 1970 until 1993. The Cherokee are a loving people and responsive to the Gospel. I love them very much, and you can tell by the way they treat me that they love me too.”

Falls brought the message for the Saturday evening celebration with a sermon entitled, “The Via Dolorosa” (translated from Latin as “the way of suffering”). The title refers to the processional route in the old city of Jerusalem traditionally regarded as the path Jesus walked toward his crucifixion.

Falls contrasted the “Trail of Tears” to that path of suffering saying that, despite their pain and grief on that journey, “the Cherokee elders found a better way in Christ, who suffered for us on the cross.”

Falls encouraged attendees of the meeting to remain faithful in doing the work that was established 150 years ago by Cherokee Baptists.

“I still believe there will be a revival among Native American peoples,” Falls said. “I am reminded of that famous statement from Senator Edward Kennedy at the funeral of his brother President John F. Kennedy, “Some men see things as they are and ask, ‘Why?’ I dream things that never were and ask, ‘Why not?’”