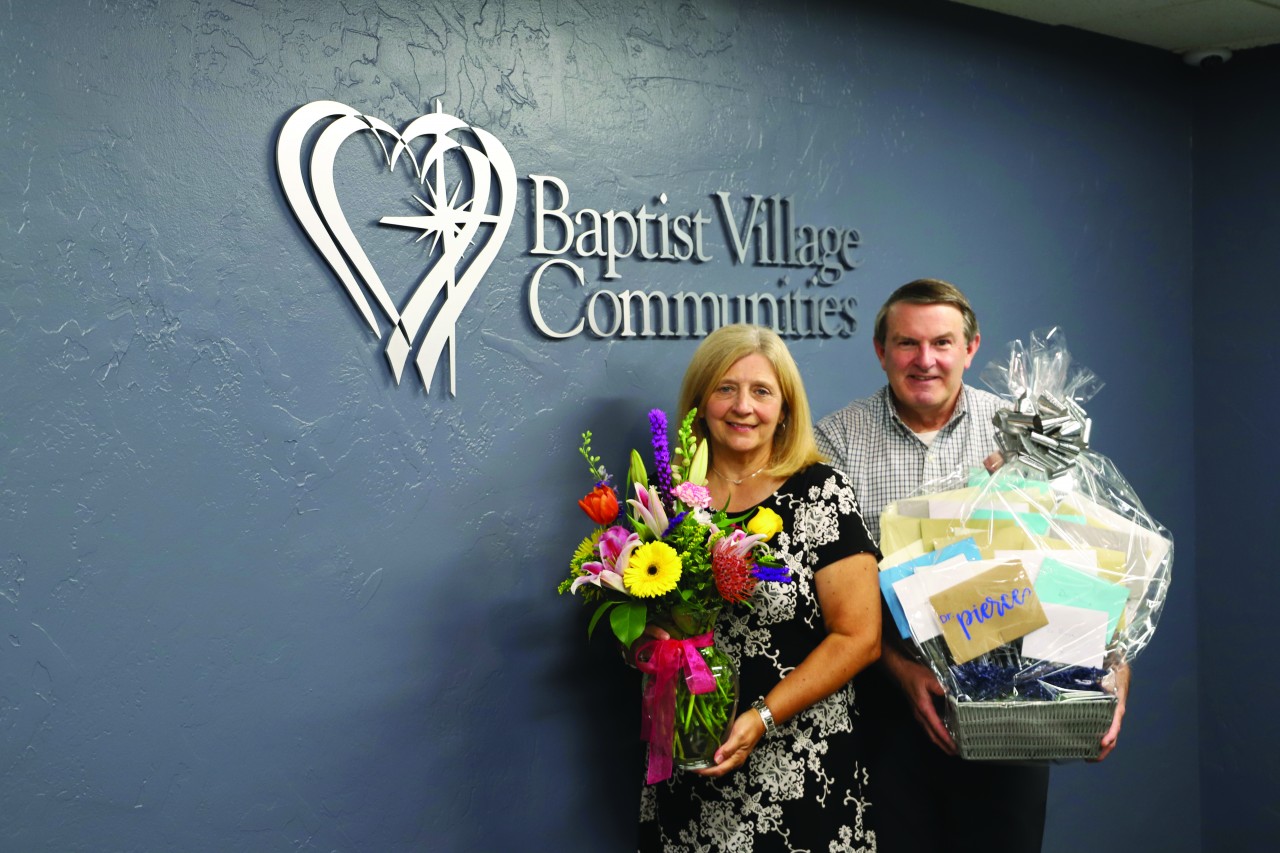 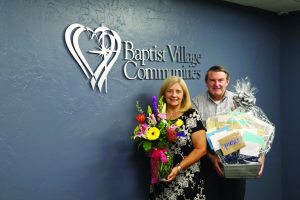 Bill Pierce, with his wife Susan, is celebrating 30 years of ministry with Baptist Village Communities.

When he arrived at BVC in 1990, the ministry was facing both financial and logistical challenges. Pierce was instrumental in leading BVC to successfully navigate these difficult times. Under his leadership, Baptist Village Communities has thrived like never before.

Pierce has transformed BVC into a leader in shaping the future of aging services. He has helped change the culture in regards to negative mindsets and perspectives that hinder senior living communities’ reputation.

Different terminology is one of the ways BVC strives to alter these perceptions. Instead of wings or halls, it’s neighborhoods. Rather than activities, it’s life enrichment. BVC doesn’t have employees, but Friends Team members. This positive vernacular promotes resident dignity and honors those whom BVC serves every day.

Pierce has been the catalyst for this intentional culture change and has earned the respect of countless Friends Team members, residents, families and peers.

“There’s no doubt that God gifted and called Dr. Pierce to lead BVC through some very challenging times, not the least of which is the current pandemic we are facing,” said Steve Thomas, BVC senior vice president—operations. “While he has great vision for the future, he is always mindful of others and compassionate in recognizing their needs, both great and small. He balances the strength of an effective leader with the humility of a servant, but always gives credit to God for His faithfulness. Somehow, he manages to be both the president of BVC and our friend at the same time. Personally, it has been one of life’s greatest blessings for me to have the opportunity to learn from and serve with Dr. Pierce day by day for 30 years.”

Pierce graduated from Muskogee High School in 1972. He earned economics and business administration degrees from Bacone College and Northeastern State University. He received his master of education degree from Southwestern Seminary. In 2008, Pierce earned his doctor of philosophy degree from Louisiana Baptist University.

Pierce was named by AARP Oklahoma as one of 50 Oklahomans making a difference in the state. In 2014, he was recognized by Northeastern State University as a distinguished alumnus.

Pierce earned his Health Services Executive qualification through the National Association of Long Term Care Administrator Boards. This broad-based credential is designed to allow the nation’s most talented administrators to practice along the continuum of health services and supports. Pierce is only the second licensed administrator in Oklahoma to receive this designation.

Pierce has served two terms as president of LeadingAge Oklahoma, the state association for not-for-profit senior living communities. He has been on the board of directors for LeadingAge, the national association, serving as treasurer in 2007 and 2008. He currently serves as an advisor to the board of directors for The Baptist Foundation of Oklahoma.

Pierce was appointed by Governor Mary Fallin and leaders of the Oklahoma House of Representatives and Senate to serve on the Oklahoma Long-Term Care Services and Supports Advisory Committee. He was elected chair of the committee in 2019.

It is evident that Bill Pierce is called by God to lead this ministry. Baptist Village Communities is eternally grateful and blessed to have enjoyed three decades of faithful, humble leadership from him.