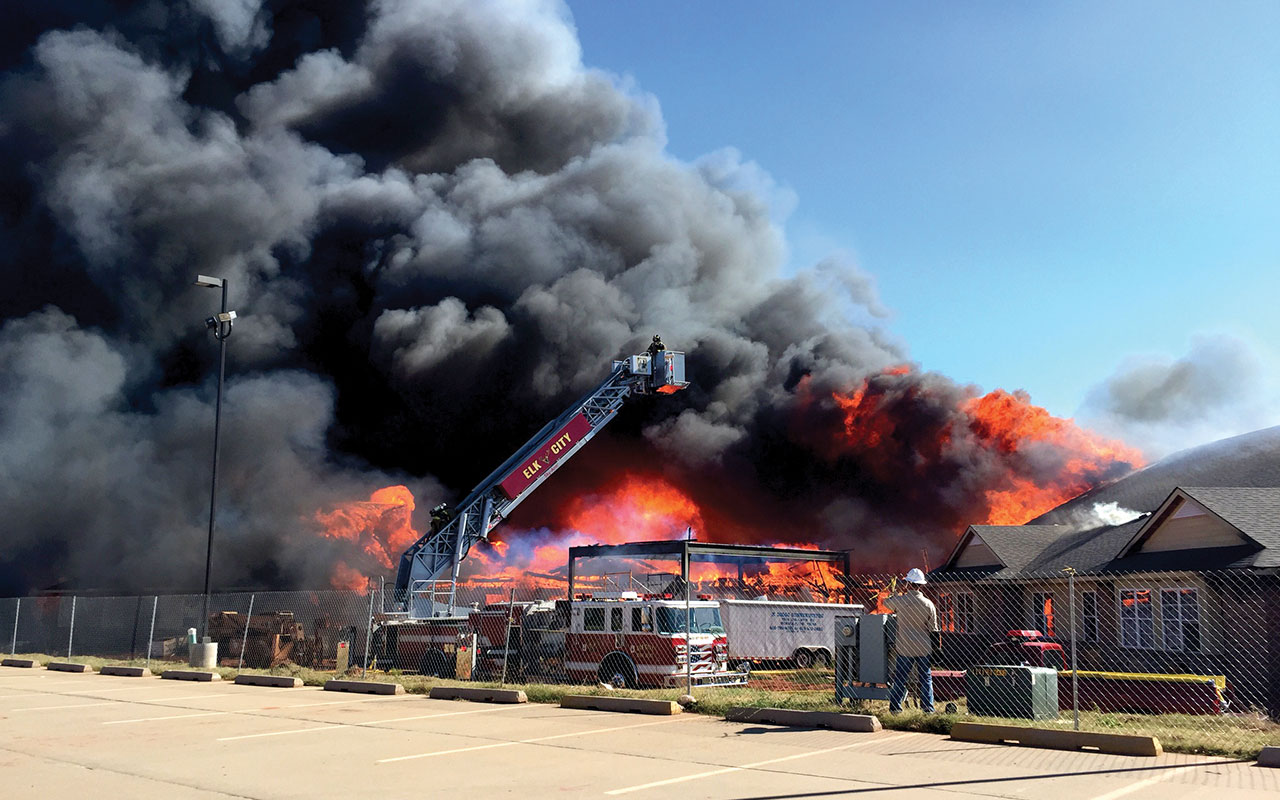 ELK CITY—The Neighborhoods at Baptist Village of Elk City experienced a major setback on Tues., Sept. 15, as the assisted living facility was destroyed by fire.

“We were greatly saddened yesterday as the new Baptist Village assisted living building under construction in Elk City burned to the ground,” said Bill Pierce, president of Baptist Village Communities (BVC). “We know that God is in control, and we will plan to regroup and rebuild.”

Scheduled to open in March or April 2016, the 60-unit senior community was an $8.3 million project. According to Corky Eshelman, BVC vice president for marketing and development, approximately 30 people were on a waiting list to be the first residents in BVC’s ninth village in Oklahoma.

“We are extremely blessed that there are no significant injuries or damage to the surrounding neighborhoods,” Pierce said. “There were many heroes including the firefighters from eight communities and the people of Elk City and the First Baptist Church and the Baptist Disaster Relief.”

The BVC property is on the land adjacent to Elk City, First. Eshelman said the project is insured and plans will continue to rebuild in the same location.

“We have suffered a setback, but we serve a great God who brings new beginnings out of ashes,” said Pierce.

The cause of the fire was under investigation at the time of publication, officials said.