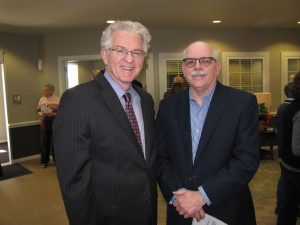 ELK CITY—Baptist Village Communities (BVC) hosted a Jan. 24 open house and ribbon cutting for The Neighborhoods at Baptist Village of Elk City. More than 200 were in

attendance and enjoyed great food and tours of the beautiful new Village, which opened in December.

BVC is thrilled to be the premier destination for assistance in living and memory support services in western Oklahoma, and gives all glory to God for His work through Baptist Village of Elk City.