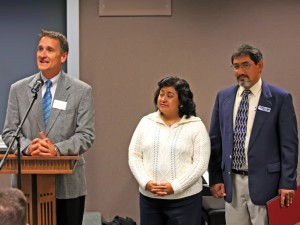 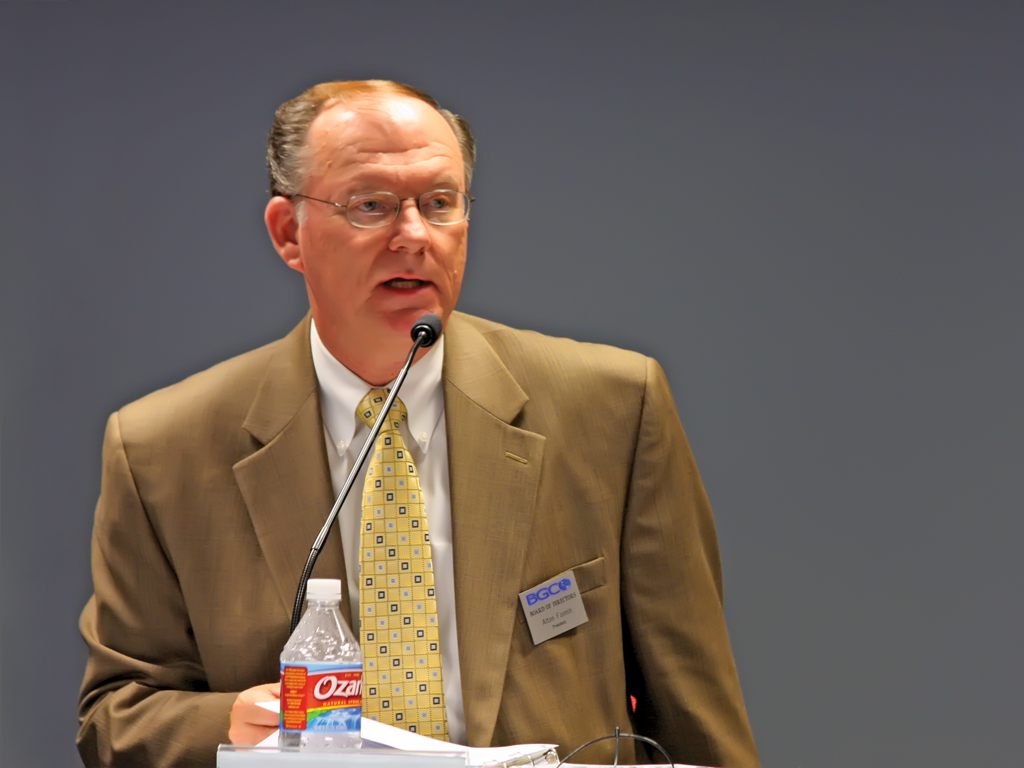 The board of directors of the Baptist General Convention of Oklahoma approved the 2009 proposed budget and voted to conclude the missions partnership with Guanajuato, Mexico during their board meeting Sept. 23 at the Baptist Building in Oklahoma City.

The 2009 Cooperative Program objective of $25.2 million will be distributed 60 percent to the BGCO and 40 percent to the Southern Baptist Convention. It must be approved by messengers to the state convention Nov. 10-11 at Broken Arrow, The Church at BattleCreek.

The directors voted to end the partnership with Guanajuato, Mexico, which was begun in 2002. The partnership with Guerrero, Mexico will continue. More than 100 teams from Oklahoma worked in Guanajuato during the nearly eight-year partnership. In just a short period, from January 2003-October 2005, there were 733 salvation decisions, 206 baptisms, nine new church starts and 55,625 Gospels given.

In other action, the board:

_ approved the 2007 audit report, prepared and presented by Eide Bailly, CPAs, which will be included in the Convention Annual for distribution to all churches.

_ approved the 403(b)(9) Retirement Plan for the BGCO, which is a restatement of the Basic Plan Document and Adoption Agreement to comply with IRS regulations that become effective Jan. 1, 2009.

_ authorized a resolution by the Board of Directors of The Baptist Foundation of Oklahoma requesting that the Foundation be permitted to enter into contracts and trust agreements with organizations that have like beliefs and commitments as the Baptist General Convention of Oklahoma with the provision that all decisions regarding acceptance of such funds be approved by action of the Foundation’s Board of Directors.

_ approved a second resolution by the Board of Directors of The Baptist Foundation amending Article 1 Section 1 of the Foundation’s Bylaws on membership, including resident Oklahoma Baptist entities that are cooperating with the Baptist General Convention of Oklahoma or entities residing outside Oklahoma that are cooperating with a state Baptist convention with like beliefs and commitments. 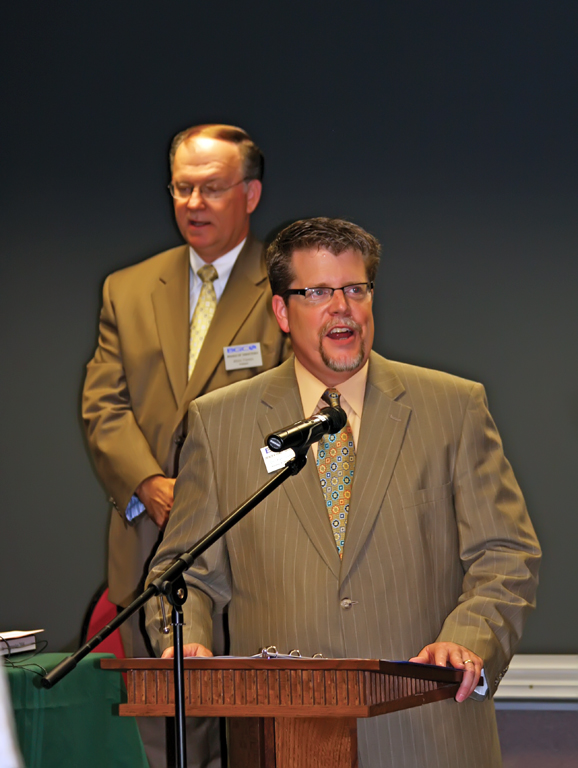 Board members passed a motion by Wade Burleson, pastor of Enid, Emmanuel, authorizing the board to give authority to the executive director to appoint a nine-member task force composed of three BGCO staff members, three state pastors and three BGCO directors to investigate the possibility of hosting regional satellite conventions in conjunction with the BGCO annual meeting beginning in 2010.

“Oklahoma does an incredible job of modeling what needs to be done,” said Burleson, explaining his motion. “Oklahoma should set the standard on how things are done. The Southern Baptist Convention will look to Oklahoma and say it can be done. This could be the key to turning around a generation that wants to participate, but will not travel.”

“While we sit in church and have moments together, the world is going to Hell in a hand basket. Our responsibility is to take the Gospel to them.”

Jordan said in executive team meetings, he and the other executives pray for churches that are stagnated, fragmented or separated. 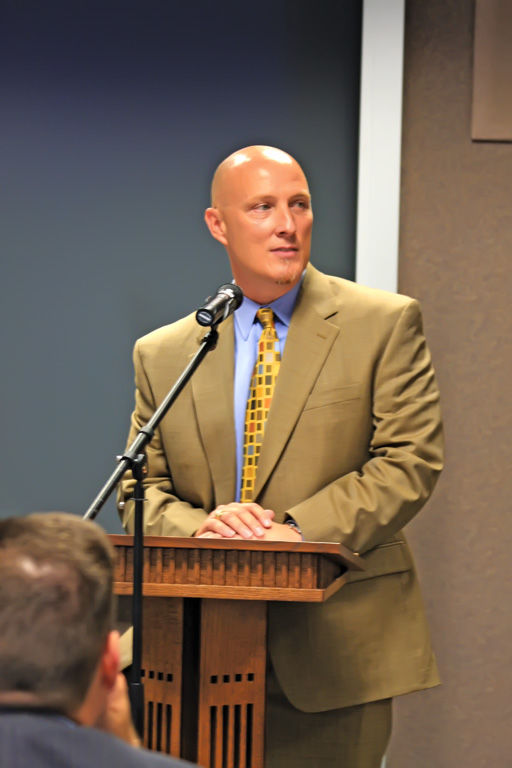 “While we are fighting over things that have little consequence, people outside the church are struggling, needing to know about the saving power of Jesus,” he said.

Following the Great Commandment and Great Commission will solve the problem of loving a lost world and sharing a Gospel that will transform their lives, he said.

“Being a missional church is about taking the Good News outside the walls of the church,” he noted. “There’s a whole generation coming after us who is going to engage those outside the walls. We need an explosion of the power of the Holy Spirit and a new mission of reaching the world with the Gospel.”

Bill Pierce, president of Baptist Village Retirement Communities, said the retirement communities are having 50th anniversary celebrations all over the state.

He also announced that the last bond payment for the retirement communities has been made, an assisted living center is being built at the Village in Broken Arrow, every village is receiving a new van or bus and a Baptist Village without walls-a Home Health Village-is being started in Lawton. 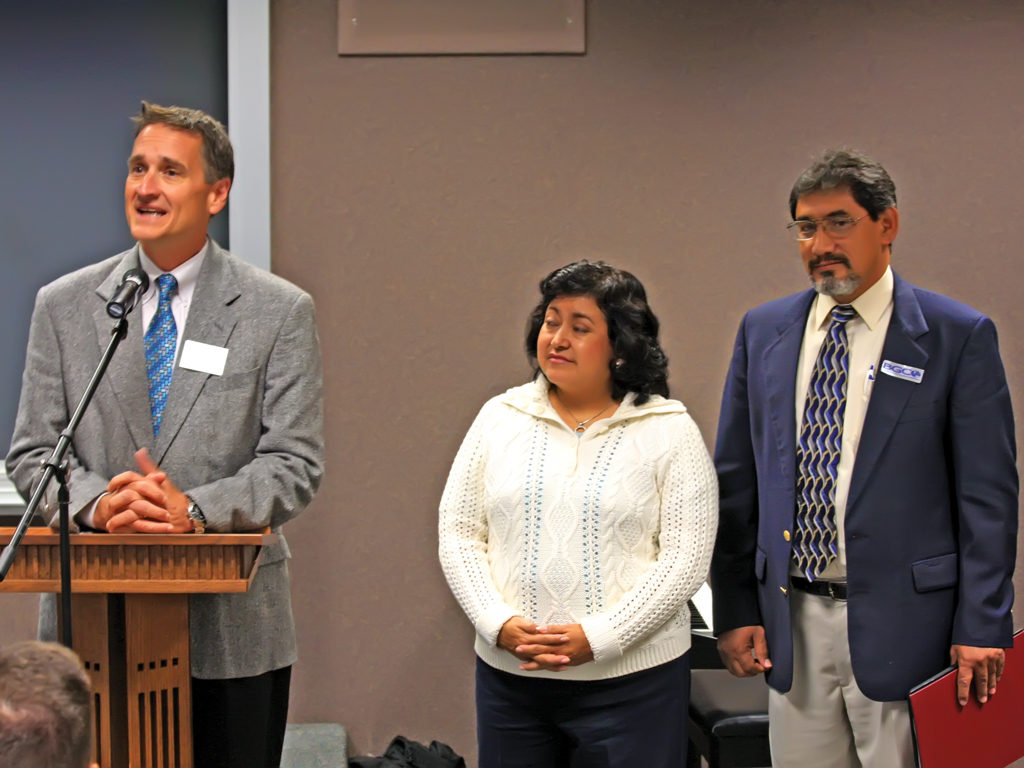 Dale Griffin, campus minister at Oklahoma Baptist University, speaking for interim president John Parrish, who was out of state, said OBU has 1,754 students this year, an increase of 9.1 percent and a freshman enrollment increase of 23.5 percent.

Tony Kennedy, president of Oklahoma Baptist Homes for Children, said the children’s homes are in a strategic planning process endeavoring to double their influence by 2020. He also asked board members to pray for house parents who are needed on several campuses.