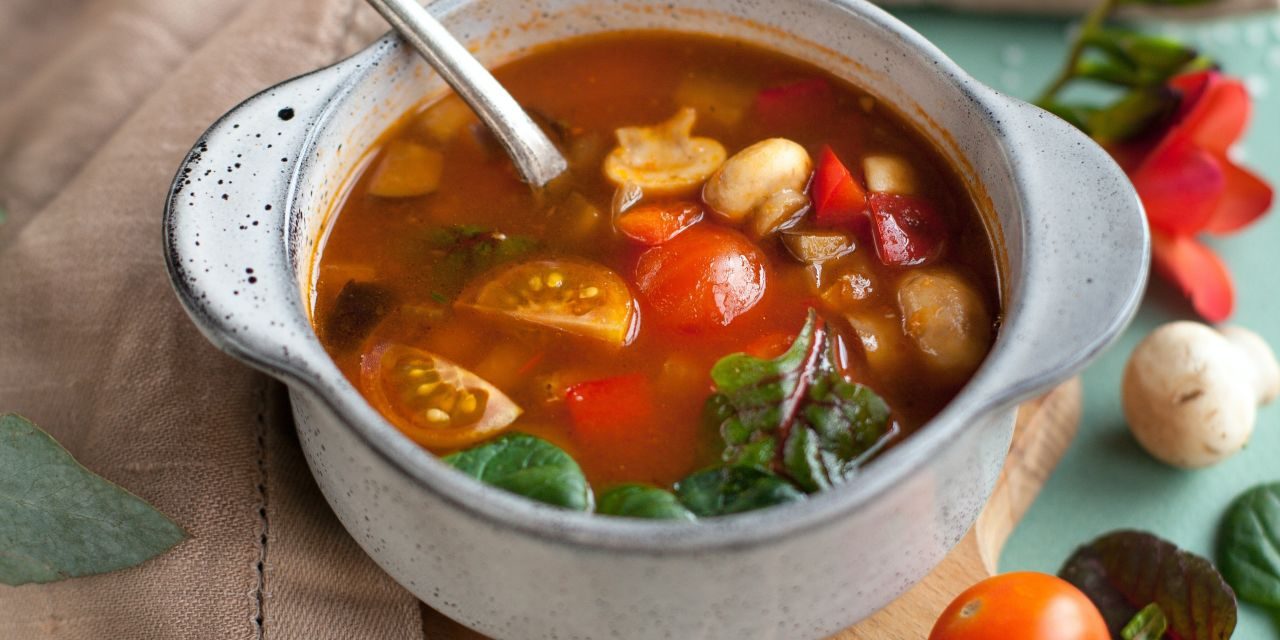 In this complicated and difficult world, I love it when something is simple. Don’t you?

In the food world, nothing is simpler than soup. And in the soup world, nothing fussy is required. Judith Martin, better known by her pen name “Miss Manners” once said, “Do you have a kinder, more adaptable friend in the food world than soup? Who soothes you when you are ill? Who refuses to leave you when you are impoverished and stretches its resources to give a hearty sustenance and cheer? Who warms you in the winter and cools you in the summer? Yet, who also is capable of doing honor to your richest table and impressing your most demanding guests? Soup does its loyal best, no matter what undignified conditions are imposed upon it.”

Talk to any chef, or person who really cares about their food, and they will tell you that you will never end up with a high-quality meal if you start with low-quality ingredients. That is why we garden! It’s the “Farm to Table” concept. When it comes to soup, I can’t really think of another dish that lends itself so easily to progressing through the seasons.  No matter the time of year, we always have things growing that can be made into a delicious and nutritious pot of soup.

I think anyone could argue that soup is considered one of the most popular “comfort foods.” According to Psychology Today, “Our brains seem primed to make a connection between physical warmth and social warmth. Studies suggest that eating hot soup or even just holding a warm cup of it may increase positive feelings toward others—and that extends to other people whom you may see as being culturally different from yourself.”

The desire for soup has produced one of the most popular brands in America, Campbell’s Soup. During their 127-year history they have had various slogans, but I bet you can finish their most popular one without even being given a musical cue. . .  “Campbell’s Soup is . . .  M’m! M’m! Good!″ You’re singing it in your head, aren’t you?

Much talk has been made lately about the health benefits of bone broth and soups that are made with bone broth. If you’re not familiar with these benefits I think you might enjoy learning about them. Studies now show that consuming bone broth on a regular basis can heal various diseases. Check it out! Making homemade bone broth may just be the inexpensive way to introduce powerful medicine into your diet that you’ve been searching for.

As we enter the fall season, it’s the perfect time to dust off your cookbooks or jump on Pinterest and locate some soup recipes. I know in our house we have our old standbys. I’m sure you do, too. Even though we like trying new ones, some soups just never grow old. I have two daughters and two daughter-in-loves, and all of them are good cooks. It brings me great joy to watch them feed their families. Our grandchildren are blessed to have caring mothers, who are trying to use fresh ingredients and provide good meals.

As you walk through your garden, think about the vegetables, greens and herbs that would make a good pot of soup. If you realize that you didn’t plan very well, don’t be discouraged. The next growing season is never too far away. Use the waiting period to make a plan. Look at your favorite soup recipes and see what you could grow so that you can make soup without having to go to the store. Unlike many dishes, soup is very forgiving, and it doesn’t take a lot of ingredients to make a rather tasty pot. It’s the perfect meal for a tight budget.

Sharing soup is a great way to say, “I care,” and I don’t know of anyone who would turn it down. Indeed, the world may be complicated and difficult, but soup and Jesus are real simple. They both are very forgiving and have the ability to bring healing.

Friend, our Heavenly Father loves you, and He cares about your well-being. Won’t you invite Him to be a part of your garden, kitchen and heart today?

“Who forgives all your iniquity, who heals all your diseases” (Psalm 103:3).