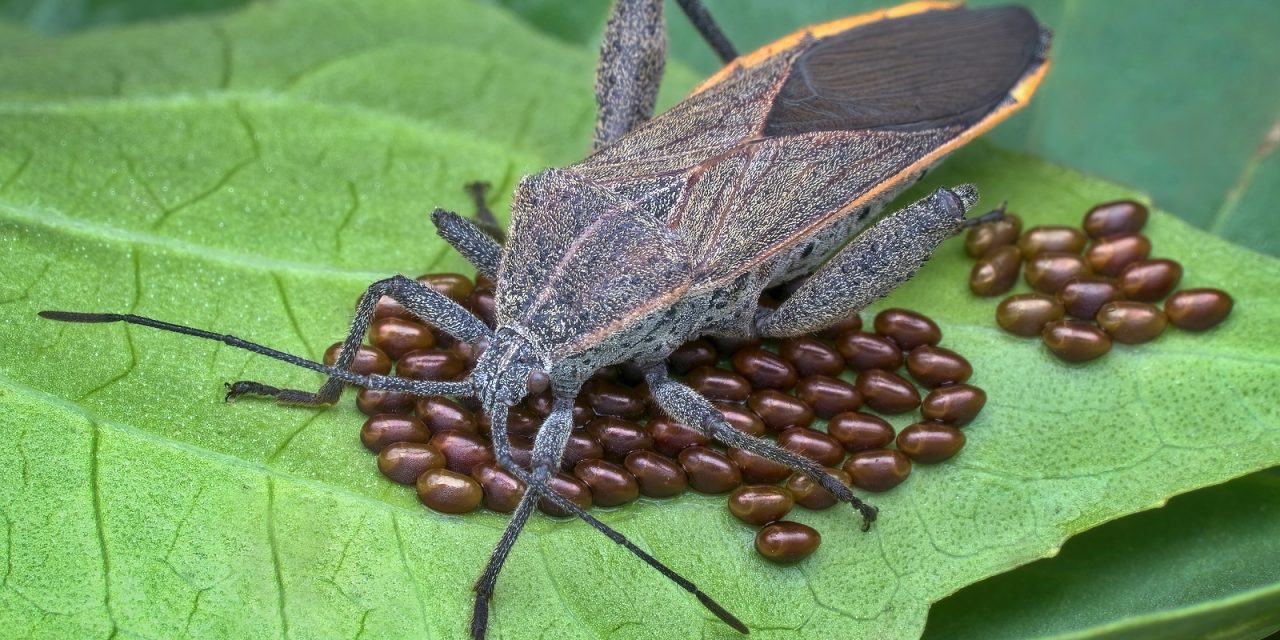 One of the most hated garden foes is squash bugs! There are certain topics in edible gardening that just never seem to go away, and one of those is squash bugs.

Adult squash bugs, Anasa tristis, can quickly wreck a gardener’s dreams of having fresh produce. They attack squash, pumpkins, cucumbers and other cucurbits. In some ways they’re like roaches—by the time you see one it’s too late! You probably have hundreds that are hidden, and they become hard to control very quickly.

Gardeners go to great lengths to try to stop them once they discover that they have them. They use sticky traps, hand-removal, chemicals, vacuum cleaners (to suck them up) and everything else that you can possibly image. Once you start the battle, you entrench and wage war. It’s unfortunate, but unless the gardener is early, savvy, diligent and relentless the bugs usually win.

For just a moment, let’s talk about squash. What is the difference between summer squash and winter squash? Summer squash are soft-skinned fruits (fruits because they contain seeds and develop from the flower-producing part of the plant) that mature in a relatively short amount of time—45 to 60 days. They are commonly harvested while they are still immature, and the rind is tender and edible.

While not all Cucurbita pepo are considered to be summer squashes, most varieties are. They tend to have a bushy growth habit, and people in Oklahoma love to plant them as soon as the danger of the last frost is over in early spring (average last frost in OKC is March 30th). This tendency is one of the actions that often proves to be fatal in the war on squash bugs.

Winter squash on the other hand have tougher, outer shells and are suitable for overwintering and for longer-term storage. They take longer to mature, 80 to 110 days so planting time for Oklahoma, is around June 10th. They prefer to be direct-seeded and tend to have large leaves with a trailing or sprawling growth habit. Some varieties, when in full production, are simply too heavy to trellis, but other varieties certainly benefit from it. In Zone 7, we are fortunate to be able to grow a wide variety of both summer and winter squashes.

Back to the bugs, when you are fighting a war it is helpful to know a little about your enemy. One thing that we know is that female squash bugs lay small clusters of approximately 20 to 30 eggs on the undersides of leaves, and they usually start appearing in early June and continue to lay eggs through mid-summer. In Oklahoma, mid-summer means mid-July. By that time, they are nearing the end of their egg laying cycle. This does not mean that they won’t lay any eggs after this time. It simply means that they are nearing the end of their heaviest egg-laying period.

Because of this, many gardeners have found that if you plant summer squash after the 4th of July, you won’t have to fight as hard to rid yourself of these monsters! It’s a numbers game. After mid-summer they lay fewer eggs, fewer eggs mean fewer bugs, fewer bugs mean less damage to your plants and less of a fight. Even though the word “summer” is in the name, summer squash can be planted most of the year in Oklahoma.

Since so many growers are excited about planting summer squash early in the season it’s easy to pick some up at a local farmers market inexpensively. After they get tired of growing it (and fighting the bugs) then you can plant yours without as much frustration. For half of the growing season, you’re supporting local growers, and for the other half you’re growing it yourself. It’s a win-win.

Gardeners fighting squash bugs is a microcosm of the spiritual realm of life. It’s good vs. evil. One side wants to plant, nourish and bring forth good fruit, and the other wants to destroy and kill. Thanks be to our Heavenly Father who loves us so much that He made a way for us to overcome evil. “For God so loved the world, that He gave His only Son, so that everyone who believes in Him will not perish but have eternal life” (John 3:16).

Friends, the globe is groaning. Things are upside-down and uncertain, but we were not left alone to fight an unbeatable foe. Acknowledge that Jesus is the Son of God. Recognize that He is the only way unto salvation and the victory is yours! “Where, O Death, is your victory? Where, O Death, is your sting? The sting of death is sin and the power of sin is the Law; but thanks be to God, who gives us the victory through our Lord Jesus Christ” (I Cor. 15:55-57).