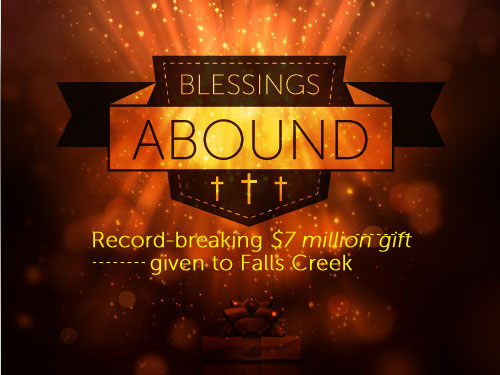 Oklahoma snow storms may have affected the Baptist General Convention of Oklahoma Board of Directors meeting Feb. 26, but it did not affect the major announcement  Anthony L. Jordan, BGCO executive director-treasurer shared via teleconference. 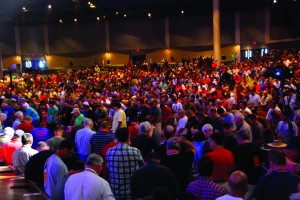 “Two weeks ago, I had the joy of receiving a pledge of $7 million to fund a new dining/multi-purpose event center at Falls Creek,” Jordan said, recapping his report he gave during the special conference call with the executive committee. “A wonderful Oklahoma Baptist couple who loves to see people come to faith in Christ and discipled made the very generous gift. I know you join me in rejoicing and giving thanksgiving to God for His gift through this couple.”

Jordan mentioned Falls Creek does not have an enclosed dining facility to provide for large number of people who will attend events such as men’s and women’s retreats in the Spring, as well as various conferences that are featured at Falls Creek throughout the year. This gift would help provide a multipurpose dining and worship facility to be used for year-round events.

“God is at work in remarkable ways among us,” said Jordan. “He has opened the windows of Heaven and poured out a bountiful supply. He and He alone deserves the glory and honor. What a gracious and bountiful God we serve!”

Jordan also gave a progress report on sewage and water treatment facility upgrade and the high road construction at Falls Creek. Jordan said the construction should be completed prior to summer camps beginning.

“The people coming to Falls Creek this summer will come on a brand new beautiful wide road,” he said. “I can’t tell you how nice it’s going to be.”

The board also received other good news. Overage in CP giving in 2012 was announced, which totaled more than $3.7 million. Fifty percent was sent to the Southern Baptist Convention (SBC) for ministry, while the rest will be utilized in Oklahoma and ministry partnerships.

Jordan said $2.9 million of the overage came from a gift from Oklahoma City, Quail Springs. “I am personally very proud to be a part of Quail Springs, and thank the Lord for our pastor, Dr. (Hance) Dilbeck, and for the members of our church and for their commitment through the Cooperative Program,” he said.

Jordan mentioned, aside from this special gift, state CP giving in 2012 was still more than $800,000 over budget. “The SBC was quite pleased with Oklahoma, I promise you,” he said.

Board members approved recommendations for the CP giving overage, which included $1.5 million toward Falls Creek debt. Monies also will be sent to BGCO affiliates, Disaster Relief ministry and mission partners in Mexico, Latvia and Colorado.