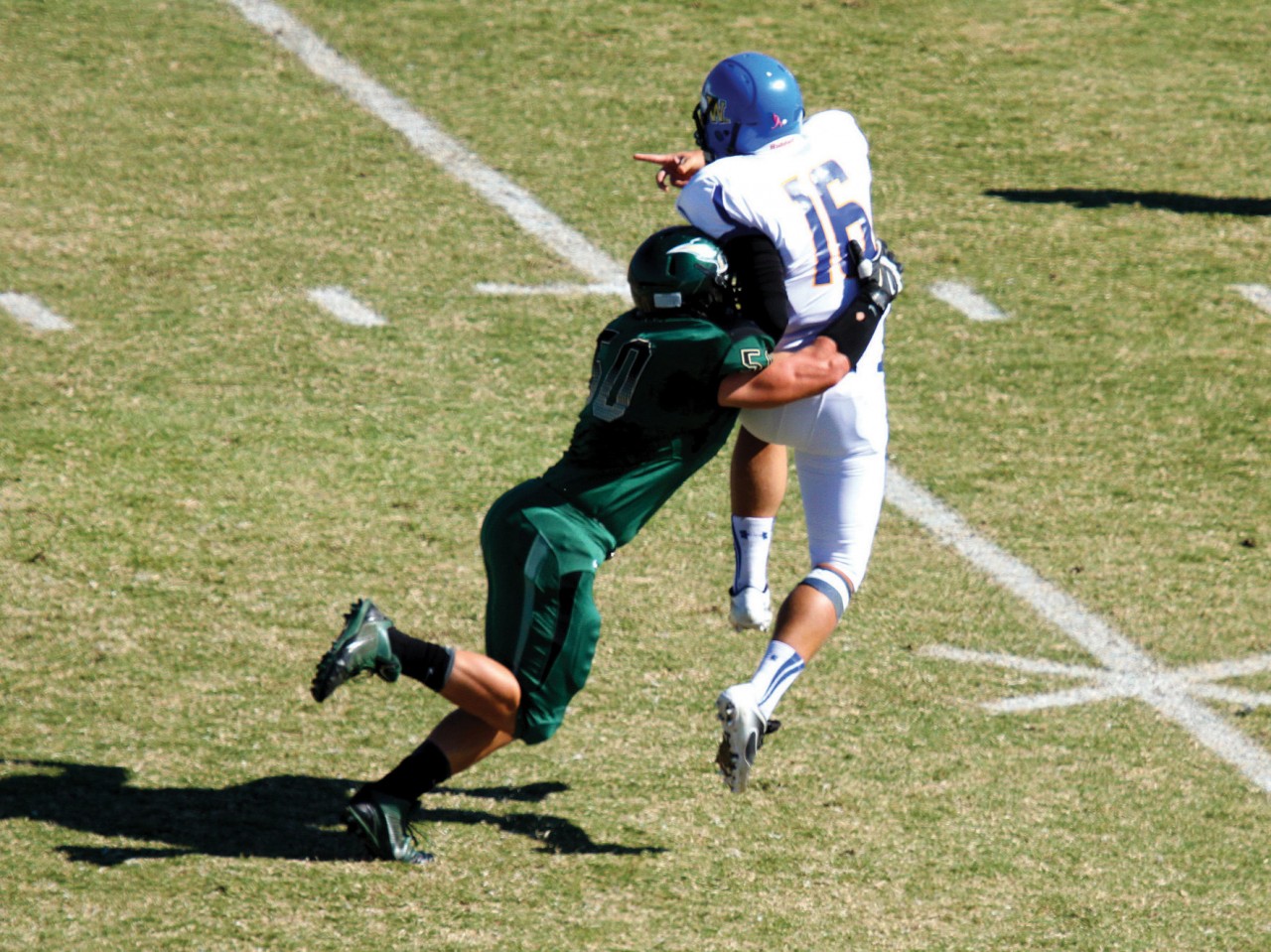 “I’m so happy for our kids and how they worked each week, and we have three seniors who went out strong. Austin Manger went out with a bang,” said OBU Head Coach Chris Jensen. “Texas College still had hope until he made that last one and made it a two-score game.”

Manger converted two 40-yard field goals, another from 28 yards and one from 22 yards for a record four-field goal game. He also was perfect in three extra point attempts (PATs) in the contest to finish the season with a perfect 31-of-31, tying the NAIA lead in percentage with the third-most attempts.

“He’s a warrior out there,” Jensen said of Gilbert. “He needs to be recognized for his efforts as an All-Conference player and we’ll push for that. He may be an All-American. He’s relentless and it’s like he never gets tired.”

OBU fell behind quickly, 14-0, with Steers quarterback Curtez Griffin running for one touchdown and throwing to Jamaal Johnson for another.

The Bison got on the scoreboard with 4:43 left in the first quarter when Grauer hit Eric DeLay from 25 yards out for a touchdown. Manger’s PAT made it a 14-7 game.

Grauer passed to Derek Serowski for a 10-yard touchdown to tie the game with seven seconds left in the first quarter.

Griffin got the lead back for the Steers on a 16-yard scoring strike to Joshua Isaac with 5:28 remaining in the half, 22-20.

A Grauer to Serowski pass got OBU back in great field position and Jordan Barnes completed the drive with a two-yard run to make it 26-22, but the Bison missed a two-point conversion attempt.

Grauer tossed an eight-yard scoring pass to Cody Miller for the 33-22 lead with 50 seconds left and the Bison took that lead to halftime.

Manger kicked a 22-yard field goal for a 36-22 lead early in the third. Griffin threw a touchdown pass with 7:59 left in the third quarter, but Brynden Pitzer picked off the two-point conversion. OBU’s lead was down to 36-28.

Manger hammered in the final nail from 40 yards away with 2:15 left in the game.

OBU finished the season with a 3-8 record. After an 0-5 start, which featured the Bison holding leads in most of those early contests, OBU went 3-3 down the stretch, with two of those victories against CSFL opponents.