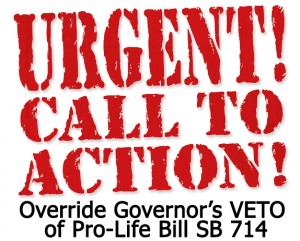 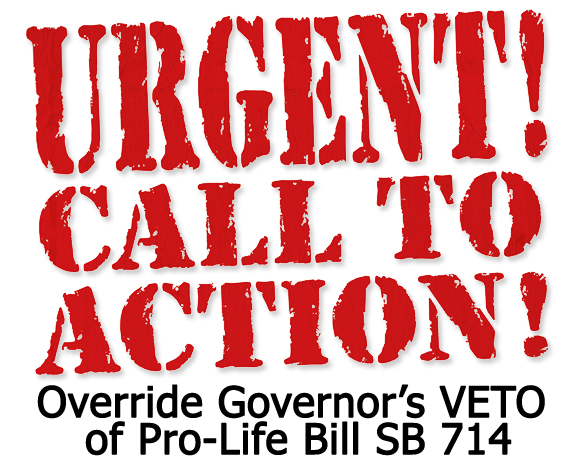 Gov. Brad Henry vetoed a bill April 18 that would have prohibited abortions to be performed with any state dollars except when the mother’s life is in danger. Senate Bill 714 would prohibit public funds and state-run hospitals from being used for abortions. The bill also requires Oklahomans to take out additional health insurance polices to cover elective abortions.

Henry vetoed the bill, saying, “It’s a very difficult decision for me. I do not issue this veto lightly. I believe every abortion is a tragedy, and I have a strong record of support for common-sense, reasonable restrictions on abortion.”

“I am extremely disappointed by the veto of SB 714 by Gov. Henry,” said Anthony L. Jordan, executive director-treasurer of the Baptist General Convention of Oklahoma. “The evidence is clear. Abortion destroys human life. While pro-abortion doctors and others have confused facts, it does not change the truth that the majority of Oklahomans are opposed to abortion. Taxpayers should not be required to pay for abortions with tax dollars.

“I am calling on all pro-life and tax conscience citizens to contact their legislator and insist that the legislature vote to override Gov. Henry’s veto of SB 714. Be assured, we will do everything possible to see that SB14 becomes law.”

Many in the medical community have come out against the bill, saying it erodes the doctor/patient relationship and ties a doctor’s hands in making tough medical decisions.

They have said the bill’s language is vague, causing them concern over what interpretations might be placed on that language in court.

The measure would permit an abortion in a state facility if the mother’s life is in danger. An abortion wouldn’t be allowed in the case of rape or incest. Opponents say exceptions should be made for a fatal defect in the fetus.

For more information and to download printable materials, visit http://www.bgco.org/stoptheveto