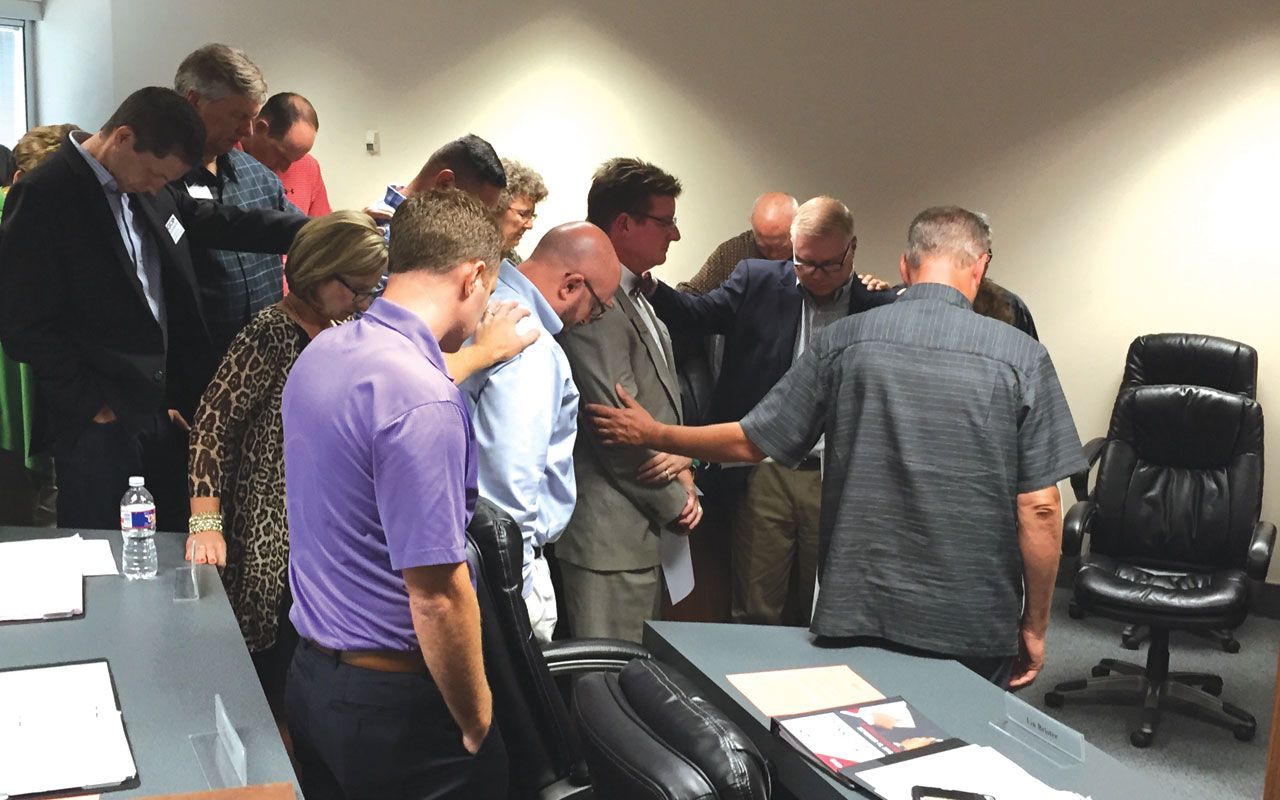 The Baptist General Convention of Oklahoma (BGCO) Board of Directors approved  the  adoption of the Convention’s 2017 Financial Plan Sept. 13 during its final regularly scheduled meeting for 2016 at the Baptist Building in Oklahoma City.

The plan, recommended by the Board’s Finance Committee, includes a Cooperative Program (CP) objective of $25.5 million, and continues an Allocation Plan of 40 percent to the Southern Baptist Convention (SBC), 45 percent to the BGCO and 15 percent to BGCO affiliates.

In other action, the Board:

• Approved the relocation of the proposed Disaster Relief Training, Education and Mobilization (TEaM) Center from Moore, First to another location. BGCO Executive Director-Treasurer Anthony L. Jordan emphasized gratitude to Moore, First for being willing to offer land to build the TEaM Center on its property. Jordan said an unanticipated opportunity emerged in which significant cost savings on the project—as much as $1.5 million—would been seen if the BGCO were to buy an existing property rather than build. An alternate location has been identified that fits the needs of the center, and became available because of the downturn in the oil industry.

• Approved a recommendation to the Oklahoma Attorney General’s Office that $296,043.16 remaining in the tornado fund be transferred to the BGCO Disaster Relief General Fund. Following the Moore tornadoes in 2013, the BGCO’s DR raised in excess of $7 million which it used to serve victims of the storm over the last three years. Following this transfer, the remaining funds would be used in DR ministry. 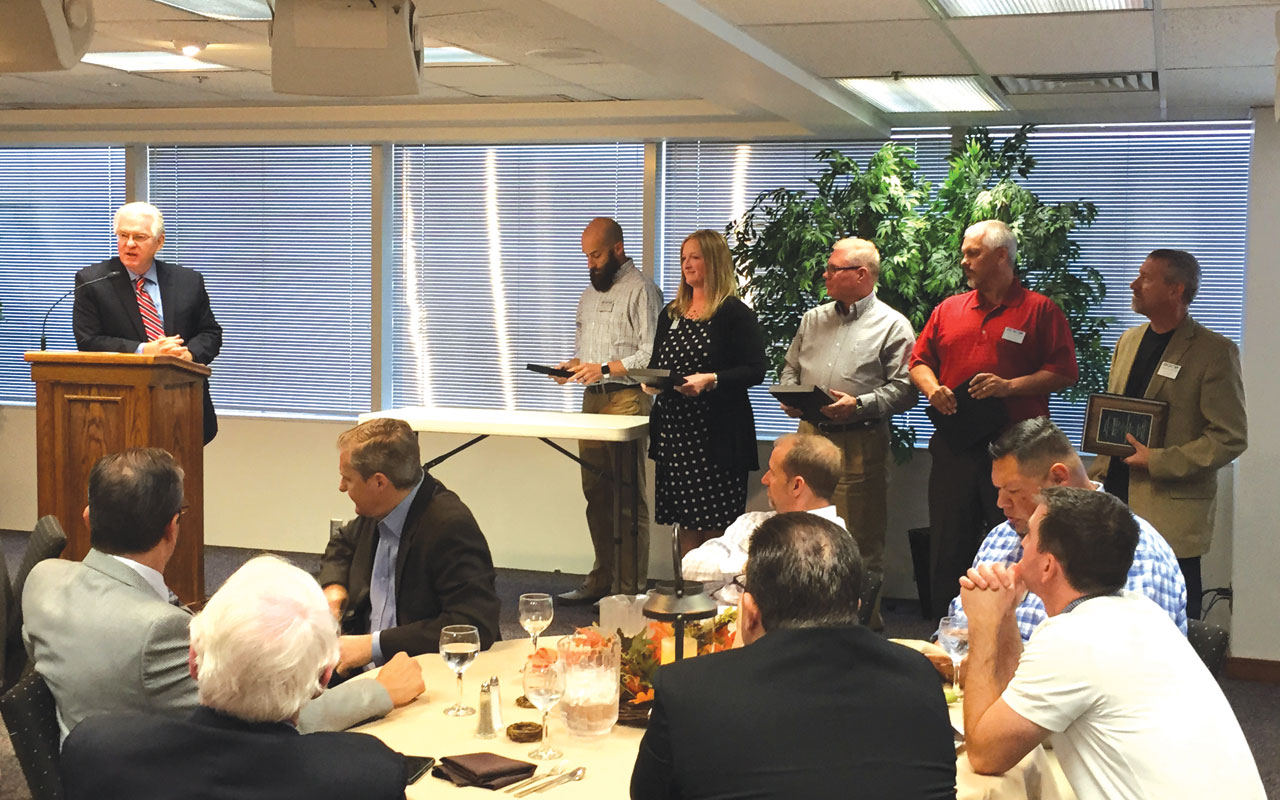 Outgoing Board members are recognized during lunch for their service by BGCO Executive Director-Treasurer Anthony L. Jordan 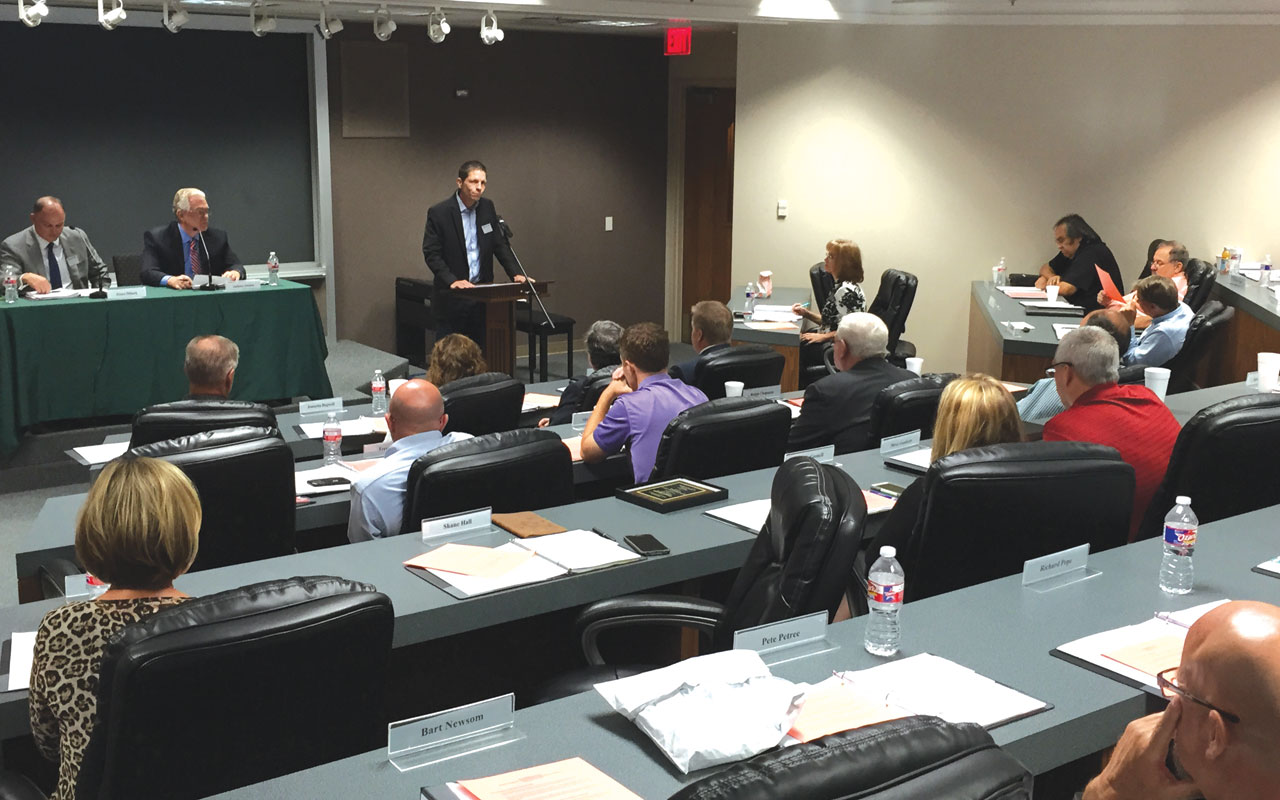 The Board also heard reports from committee chairpersons or their representatives, affiliate presidents or their designees and an update from member Danny Ringer, director of missions in Beckham-Mills Association, chair of the Falls Creek Centennial Celebration Committee.

Ringer reported that the celebration’s theme will be “Legacy of Faith,” and the theme will be stressed during the eight youth weeks of camp next summer. The Centennial will culminate with a huge celebration during Labor Day weekend, Sept. 2-4, 2017.

A commemorative hard-cover coffee table book on the history of Falls Creek has been produced and is on schedule to be available during the BGCO Annual Meeting, Nov. 14-15 at Oklahoma City, Quail Springs at a cost of $25.

During his brief comments to the Board, BGCO Executive Director-Treasurer Anthony L. Jordan addressed the theme of the 2016 Edna McMillan State Missions Offering (SMO)—”Eternity.”

Emphasizing how sharing the Gospel makes the difference in whether a person spends eternity in Heaven or in Hell, Jordan urged the Board members to pray for and promote the SMO in their local associations and churches.

“When we do so, we are re-ordering the eternity of people, and there is nothing more important than that,” he exclaimed.

In that same vein, Cooperative Program/Associational Relations Specialist Bob Shelton in his report, pointed out that the SMO is the least-supported of all of the annual offerings in the state.

The Board also recognized the upcoming retirements of three long-time personnel. They gave Tony Kennedy, president of Oklahoma Baptist Homes for Children for 32 years and who is retiring at the end of the year, a standing ovation.

They also recognized Glenda Nigh, administrative assistant for Kerry Russell, BGCO Chief Financial Officer and Finance Team Leader, who will retire at the end of the year after 20 years of service with the Convention, and Bob Nigh, Baptist Messenger Managing Editor, who retires Oct. 6, with 18 years of service.