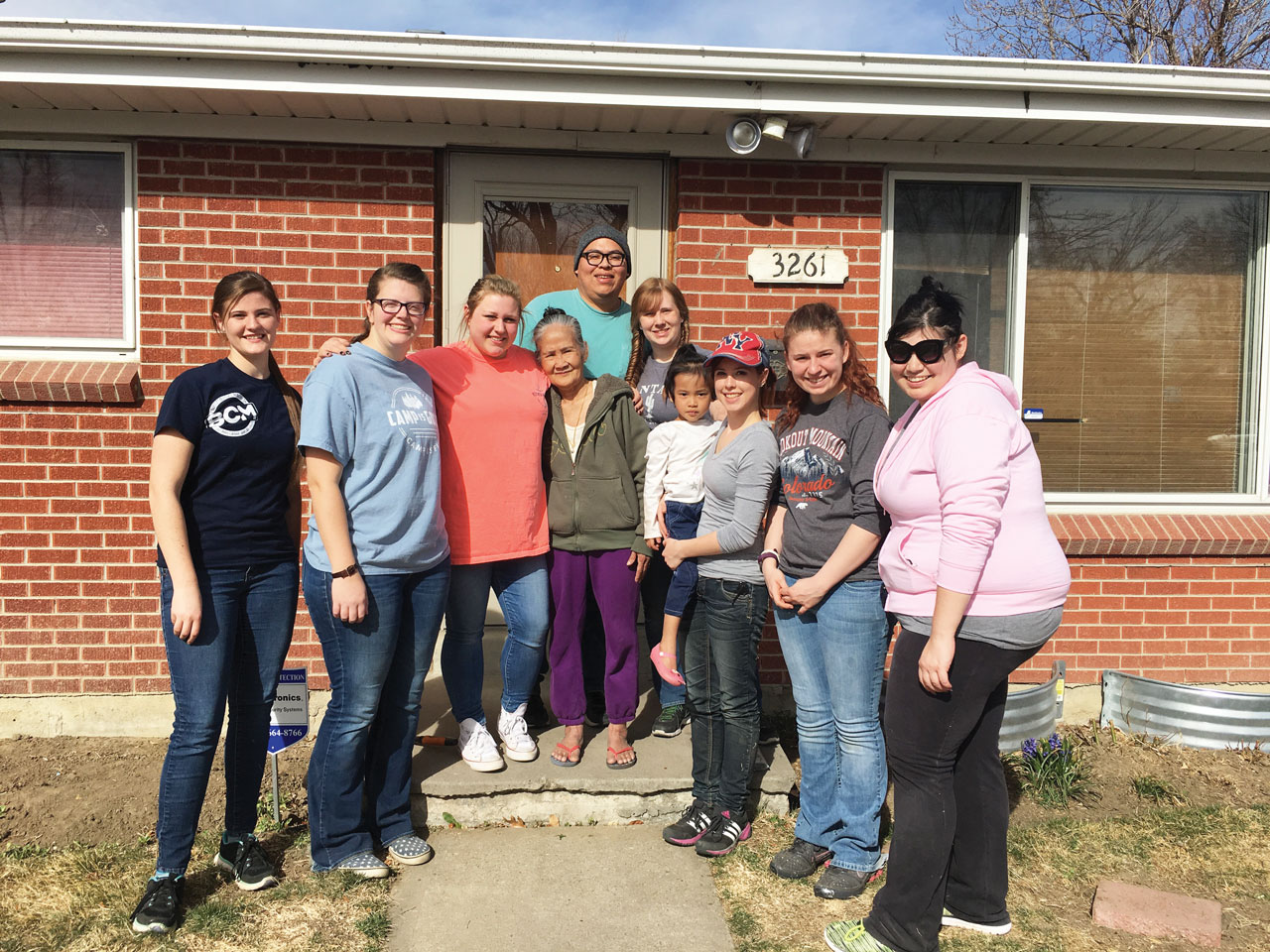 RSU has been making trips to Colorado for four years. When they were there the first year they met a Karen girl by the name of Nau Naw, who interpreted for the group all week. 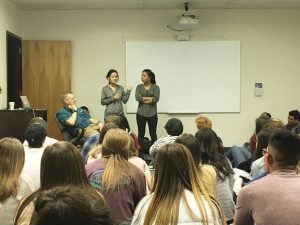 Nau Naw, standing right, translates for a Karen girl who shares her story with BCM students

They returned the next year, and Nau once again translated for the group. She asked the group if they knew of any summer work opportunities and was informed about Falls Creek Baptist Conference Center. She applied and has now served on Falls Creek’s summer staff the past two years.

The Karen people are refugees from Burma, who left their homes due to persecution. They found solace, living in refugee camps. If they get approved to come to the United States, they arrive already in debt from their plane ticket. The first thing they have to do is find a job and a place to live. Then they begin to learn English and learn how to adapt to life in the United States.

The BCM group arrived Sunday, March 12, at Aurora, Colo., First, their host church. They attended multiple refugee church services where they got the opportunity to worship with the refugees whom they would help throughout the week. Some students were able to go to a service and observe how the Karen worship. Other students were able to participate in the services by leading praise and worship and sharing their stories.

Throughout the week in Aurora, the group helped with yard work, cleaning houses and laying a new floor. Members of the BCM groups had the opportunity to lead a Backyard Bible Club for two days in the late afternoon where they led the children in singing songs, playing games, making crafts and telling Bible stories.

One of the most vital parts to the mission trip was helping the Karen people fill out necessary paperwork. The students helped them with applications for U.S. citizenship or necessary documents to obtain green cards.

Katie Bendabout, a student from RSU BCM, reflected about the day they helped fill out paperwork saying, “We take everything for granted, even something as simple as paperwork.”

Bendabout continued, “Honestly, filling out the paperwork to become a citizen is stressful; helping someone fill it out who doesn’t even speak your language is downright 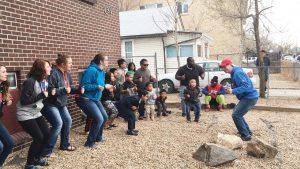 difficult. But in the end, knowing this keeps them from having to return to a life of persecution makes it completely worth it.”

One evening, the group was able to attend a seminary class specifically designed to provide the refugees with Biblical training. There students learned what refugees go through to get to the refugee camps, what happened while they were in the refugee camps and the process of arriving in the United States.

Personal stories from three of the refugees whom the students met throughout the week were shared, along with two of the Oklahoma students who shared their own stories.

Rowdy Morris, BCM director for the Muskogee area colleges, said of the mission trip, “I am always amazed how God works in the lives of students by them making lifelong friendships and doing more than they thought they could do.”

Shannon Cross, BCM director at RSU, best summed up the trip saying, “The whole week was a humbling experience both to me and the students. Their hearts grew bigger for a people group that many of them did not even know existed. It was great to leave a trip knowing that we made a difference in people’s lives both spiritually and physically.”