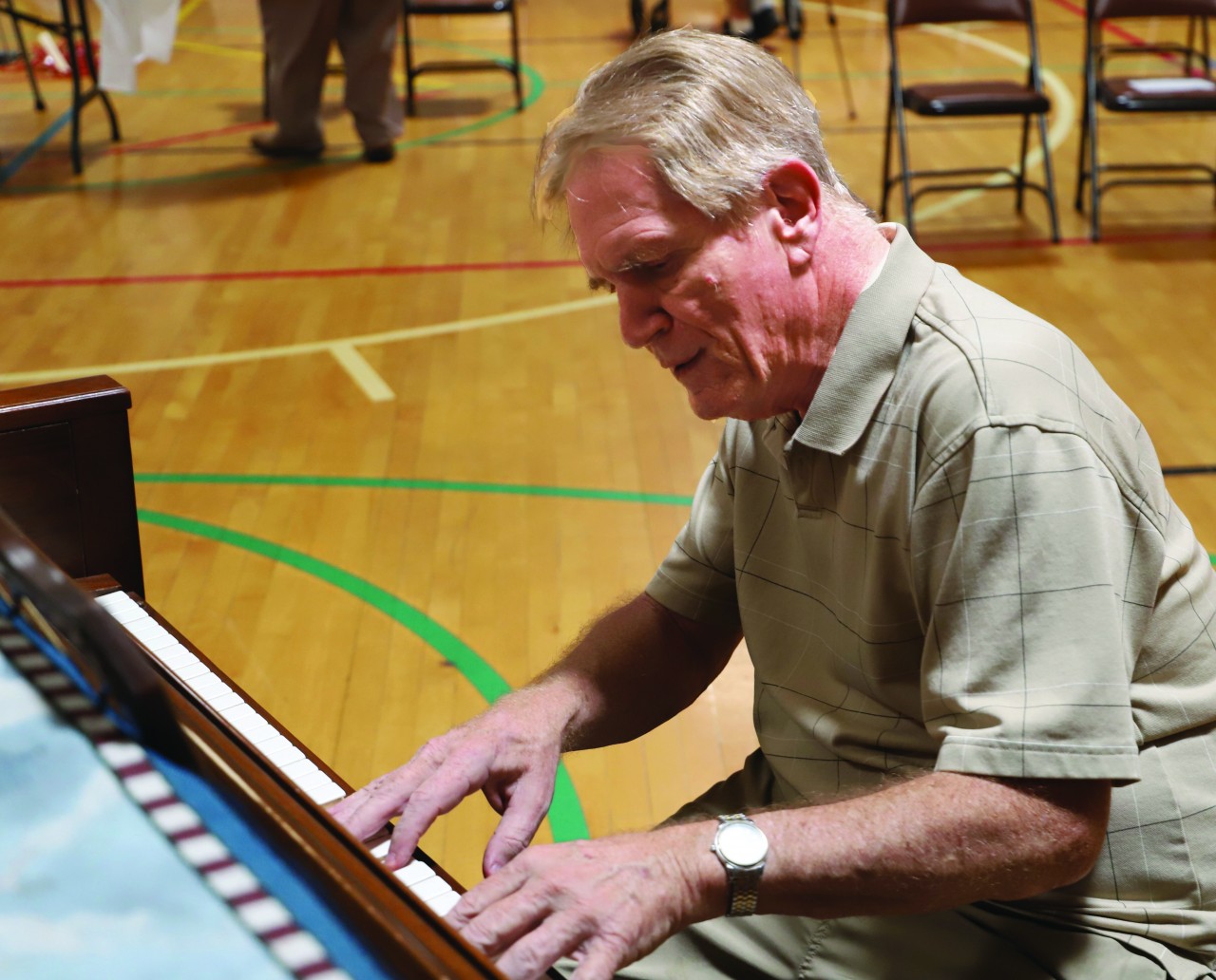 From Oklahoma Baptist University to Falls Creek, and Billy Graham ministries to Baptist Village, the talented Richard Huggins is a well-traveled Southern Baptist. 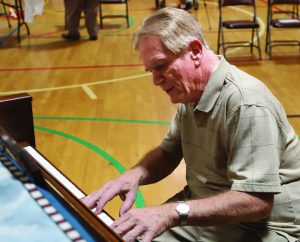 Richard Huggins displays his musical talent during a worship service at Baptist Village of Oklahoma City. Photo by Jason Davis

Huggins, 72, is a music arranger, producer and music editor. He grew up in Oklahoma City, the son of the late James Huggins and Lois Hopper. He was the middle child of five siblings. Though his father was a physician, he never pressured his children to follow in his footsteps. This led the young Richard to pursue his interest in music from the tender age of five.

“I had come back from my sister’s wedding, sat at the piano and began to play a tune that I heard at the wedding,” Huggins recalled. “My mom thought that maybe I should get some lessons. After a year of lessons, the teacher didn’t think I had the talent to do it. Luckily she didn’t prevail, and I continued with music from an early age and continued on through college.”

Huggins graduated from Putnam City Schools and then from Oklahoma Baptist University, where he was a member of the Bison Glee Club. He served as an accompanist for countless Baptist events in Oklahoma during high school and college. In fact, it was in high school that he first developed his love for Falls Creek.

“When I was 16 years old, I got a call from Mary June Tabor, the secretary to Gene Bartlett,” Huggins said. “I attended Oklahoma City, Olivet with her, so she knew me pretty well. She said Gene wanted to hear me play, so I came down to the Baptist Building’s chapel. I played him a pretty unique rendition of ‘To God Be the Glory.’

“Not long after that, Gene called, asking if I could come play for the first week of Falls Creek. I was thrilled, but I was in driver’s ed at the time and had to attend that. So I didn’t play that year, but the summer after that I was able to. The first hymn I ever played at Falls Creek was ‘Victory in Jesus’ – a hymn written by Gene’s father. Years later when they were about to tear down the old tabernacle, I returned to Falls Creek just to visit. I saw the old piano up there, and I sat down and played ‘Victory in Jesus’ one last time as kind of my farewell at Falls Creek.”

In the 1980s, Huggins served as a pianist or organist at four Billy Graham Associate Crusades. “Being able to be a part of the Billy Graham ministries was a wonderful experience,” Huggins said. “I played at crusades in New Mexico and Kentucky. Tom Bledsoe, who was a music minister in Oklahoma City, was also responsible for recruiting musicians for the crusades. He recruited me. The opportunity to play was tremendously exciting.

“I met Billy at my church in Gatlinburg, Tenn., where I was the youth director and organist. He was the real thing. What you saw on TV was what you got in person.”

Baptist Village of Oklahoma City is currently enjoying Huggins’ amazing talents. Huggins moved there in March and is already putting his skills to use. He is a regular pianist for Village sing-alongs and worship services.

And he is enjoying Village life. “The team members here have been very good to us,” he said. “And I have the freedom to do a lot of what I want to do. I enjoy getting to play special music for people.

“I have played for lots of things in my life, and I’ve thoroughly enjoyed all of them. I’ve been blessed.”

Likewise, Richard Huggins’ talents have blessed thousands of Southern Baptists all over the country.