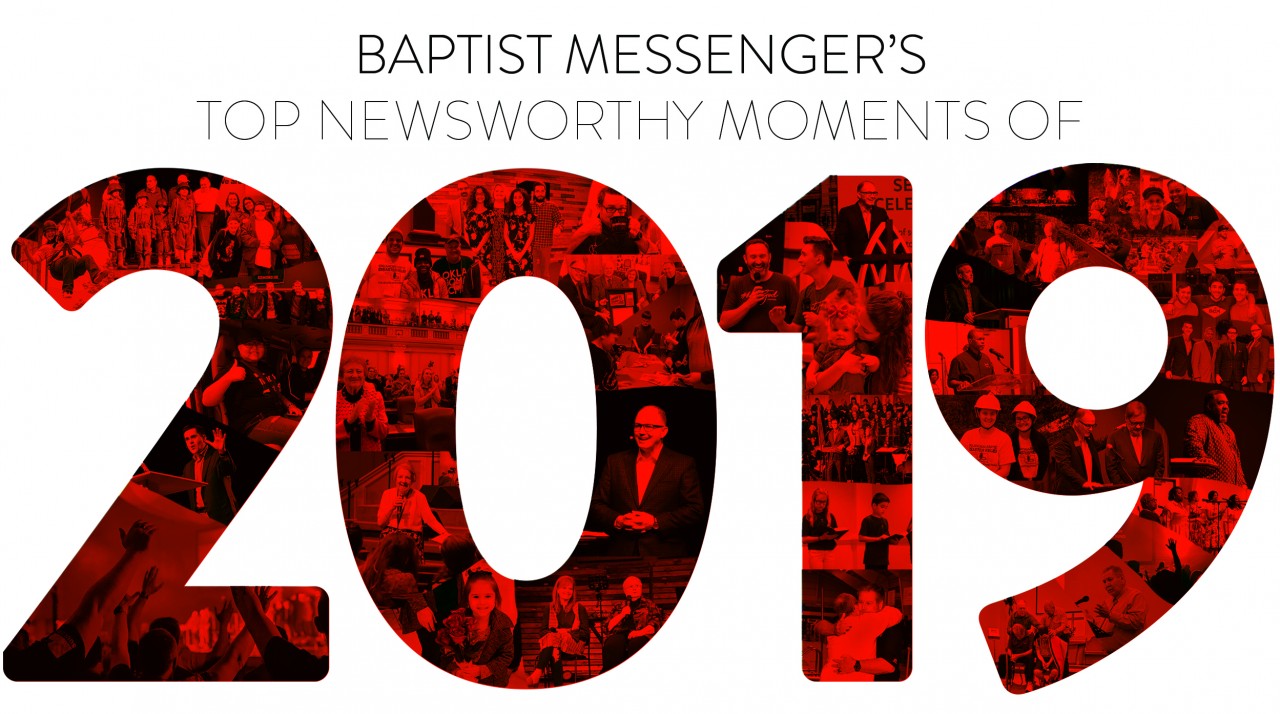 Many new opportunities happened in Oklahoma Baptist life in 2019. The year featured new leaders coming aboard at different Southern Baptist entities, a new look and presentation for the state convention and even a new publication process for the Baptist Messenger, going to printing twice a month instead of weekly. This final 2019 edition of the Messenger offers 10 newsworthy occurrences that reflect not only the memorable beginnings but other monumental moments that stood out this year. 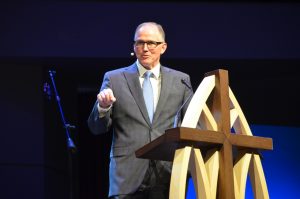 After more than 10 years of service, David Whitlock announced his retirement Jan. 8 as president of Oklahoma Baptist University (OBU).

“Serving as president of OBU has allowed me to exercise my gifts and calling in a most fulfilling manner for which I am eternally grateful,” Whitlock said. “What God has done during my tenure here has been extremely gratifying, and this season of service has been a privilege.”

Before 2019 concluded, OBU’s Board of Trustees elected Heath Thomas Nov. 8 to be OBU’s 16th president in the University’s 109-year history. Thomas has served at OBU as the dean of the Hobbs College of Theology and Ministry and the associate vice president for church relations.

“I am excited to be a part of OBU’s story, and I believe the brightest days lie before us,” Thomas said.

In July 2018, J. D. Greear, the newly-elected president of the Southern Baptist Convention (SBC), announced the formation of a Sexual Abuse Presidential Advisory Group to address the major problem of sexual abuse. In February 2019, a 6,000-word investigative report from the Houston Chronicle was published, which reported instances of sexual abuse by pastors and others at Southern Baptist churches. The Chronicle also released a database of 220 individuals who have been convicted of or pled guilty to sexual abuse crimes.

The reports, which shook Southern Baptists across the nation, elevated the ongoing response efforts. Eight days after the published report, Greear formally unveiled a plan of action on which the Advisory Group had been previously working. Greear also called for Southern Baptists to take immediate measures on abuse prevention and care while entering a season of sorrow and repentance.

Background checks and other screening processes were stressed, and Greear requested enhancing governing documents on evaluating and disfellowshipping churches.  Messengers to the SBC Annual Meeting, June 11-12 in Birmingham, Ala., approved amendments to the SBC constitution to specifically state that sexual abuse, as well as discrimination based on ethnicity, are grounds for a church to be deemed as “not friendly cooperation” with the convention.

The Advisory Group worked with the Ethics and Religious Liberty Commission to develop a curriculum and host the Caring Well conference to address sexual abuse prevention. The conference met Oct. 3-5 in Grapevine, Texas.

Oklahoma Baptist leaders affirmed all statements and actions by the SBC related to preventing abuse. For more than five years, Oklahoma Baptists have implemented steps toward preventing abuse, including training events and other resources. Sexual abuse prevention also was addressed during the November Annual Meeting of Oklahoma Baptists, which included distributing free copies of Caring Well curriculum to pastors and church leaders. 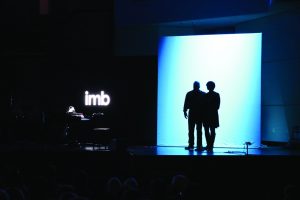 The International Mission Board (IMB) received much recognition through Oklahoma Baptist life during 2019. On July 18-20, IMB’s MedAdvance Conference met at Oklahoma City, Quail Springs, with nearly 300 doctors, nurses and other medical professionals attending for a record high attendance.

The conference received 92 commitment cards from attendees who are committed to pursuing medial missions. Of the 92 commitments, 54 are exploring a call to career missions or are already in process of appointments by IMB. 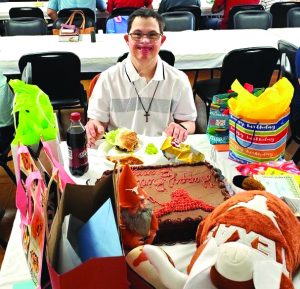 Barry Asenap was ordained to the deacon ministry at Indiahoma, First and made the Messenger’s newsworthy moments of 2019

Pastor Scott Patton of Indiahoma, First shared with BaptistMessenger.com readers how Barry Asenap answered Patton’s plea for men of the church to serve as deacons. Barry, 51, lives with Down syndrome, and Patton describes Barry as “an absolute mainstay in our congregation.” Patton said Barry is “answering the Holy Spirit’s call” to servanthood through deaconship.

Patton’s article was picked up by Baptist Press and was shared nationally. It also was one of the top stories read on Baptistmessenger.com.

Ronnie Floyd was elected April 2 as the SBC’s new president and CEO of the SBC Executive Committee. Ben Mandrell became the 10th president of LifeWay Christian Resources June 28 in the SBC entity’s 128 years.

All four of these SBC leaders beginning their posts in 2019 represent perseverance among the largest Evangelical Christian denomination.

Baptist Messenger readers have been following the story of Caleb Freeman, who was seriously injured in a near-fatal automobile accident in December 2017, and has been on a long road to recovery.

The week of Oct. 9 offered surprises that few, including Caleb’s father, Pastor Jeremy Freeman of Newcastle, First, could have even imagined. A competitive distance runner prior to his accident, Caleb ran a 3.1-mile race with his high school cross country team, finishing in 51 minutes and 44 seconds.

Oklahoma’s News Channel 4 covered the race, and Caleb’s accomplishment was so inspiring that NBC Nightly News and CNN carried the story, among other media outlets.

The week concluded with Caleb being named Newcastle High School’s homecoming king and participating in the homecoming parade.

Leaders with Oklahoma Baptists and Baptists Collegiate Ministry at the University of Oklahoma (OU BCM—formerly Baptist Student Union or BSU), as well as OU BCM alumni and students gathered during OU’s homecoming Oct. 18 to dedicate a brand new 28,000 square-foot BCM building on campus.

Longtime OU BSU director Max Barnett and former Oklahoma City mayor Kirk Humphreys were among the dedication speakers who shared the impact God had on OU students through this campus ministry.

Laura Perry’s story was introduced to Messenger readers in 2017, as she made a profession of faith in Christ after living nearly 10 years as a transgender male.

Perry’s book “Transgender to Transformed” was published in 2019 with the purpose of ministering with the Gospel to those who struggle with sexual identity. Her book, as well as her speaking engagements, has proven to be a breakthrough for not only those who struggle, but also for family members and those who understand the importance of such ministry in modern culture.

Perry discussed her new book this year on the Baptist Messenger’s podcast program. The podcast episode can be found at baptistmessenger.com/perry.

CrossTimbers Children’s Mission Adventure Camp expanded this summer. Along with its 11 summer sessions at its campground near Davis, CrossTimbers offered four sessions at Grand Lake Baptist Assembly near Grove.