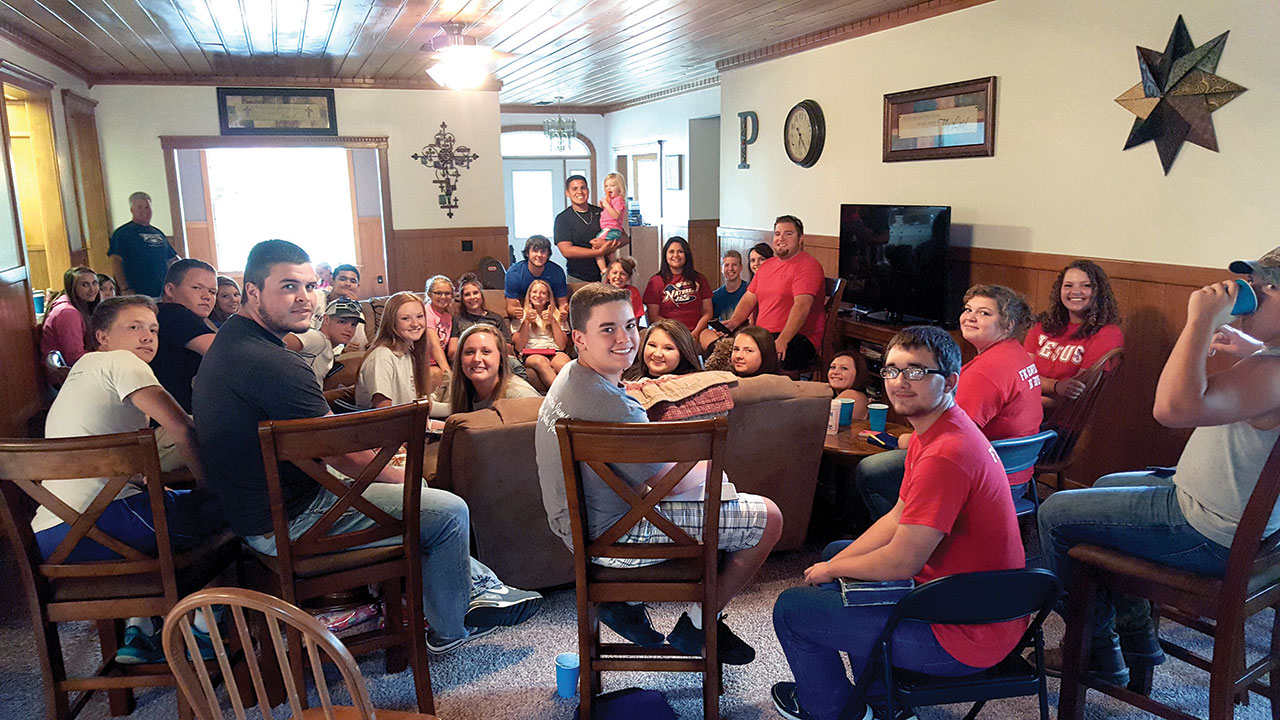 HEAVENER—Sam Dyer may try to convince you he is a laid-back, small town, slow-talking preacher, but when it comes to leading  his church—Heavener, First—to bringing people to the Lord and being baptized, you won’t find him sitting on his front porch in a rocking chair sipping from a tumbler of sweet tea.

“We have been doing good. We have been really blessed. I’m in my 15th year, and it’s just amazing what God is doing,” said Dyer, 57. “We have baptized 197 people in two years as of Aug. 30. We have averaged 50 in the 15 years I have been here, and there are 11 Southern Baptist churches in about a six-to-seven mile radius of us.”

Heavener, First has two worship services on Sundays, an 8:45 a.m. traditional service that draws about 150 mostly senior adults, and an 11 a.m. contemporary service attended by another 350 or so.

“We baptized 121 this past year; about half of them were students, and half were adults. I baptized an 82-year-old man who I had been witnessing to for 20 years. I met him when I was at Antlers, and he moved over here. I baptized him, and now, he just doesn’t miss church. And, a week ago Sunday, I baptized an 86-year-old woman.

“We also baptized a feller in a wheelchair we won to the Lord over here at a block party. I have a cooking trailer, and I cook down here on a street corner on Thursdays; you draw quite a crowd. And, then we take that trailer to apartment complexes around town a couple of times a year.

“We baptized him in his wheelchair in the lake and that sparked some interest. I’ve always baptized a lot of people everywhere I’ve been, and I’ve  been at it 30-some-odd  years, but nothing like this year here. I know some churches baptize a lot more than that, but it has been phenomenal for us.”

But, before one begins to think Dyer is bragging, he quickly deflects any praise of himself.

“I don’t know what to say. A guy can’t brag. A guy can’t take credit; you just have to give the credit to Jesus is all I know to do,” he said. “The people let me preach. We’re pretty wound up. We have drums and guitars. In the early service we’re not that wound up, because it’s more senior adults, and we sing kind of more quiet music. And, our youth program is pretty phenomenal. God is all over that thing, and these youth are really evangelistic. Most of our youth are on the football team and the softball team, and both of them are pretty good this year.”

“Our youth pastor, Brock Hardin, has almost 150 of them in here on Wednesday night,” Dyer said. “And, then we have about 100 kids in AWANAS. We have had quite a few kids saved out of that program, too.”

The church also shares the Gospel outside its walls every week.

“I do a cowboy church on Tuesday about 20 miles out in the mountains, and we have baptized quite a few people out of that, too. It’s a real outreach,” Dyer said.

“That grew more and more, and people got to helping me and it’s a mass production now. Then, the church bought us a trailer and we put on the side of it, ‘God’s Kitchen,’ and now we feed people from everywhere. We have baptized a lot of people out of that.

“I just give all the glory and honor to the Lord Jesus Christ. I can’t brag and say I did something great, I’m a great preacher and God’s honoring my preaching. I’m not a good preacher, I just love Jesus and love people and these people love me.

“It’s the glory of God, the power of God and the presence of God. God is just doing a thing here.”