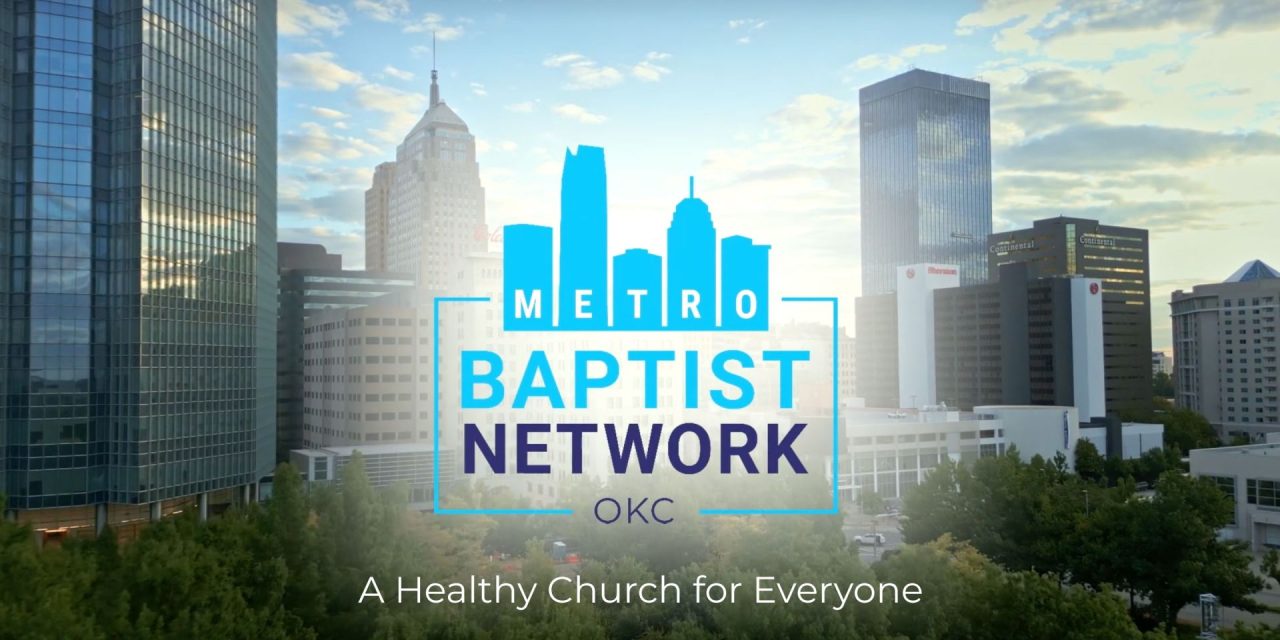 Capital Association met for its annual meeting, as it has for 133 years, but this time, something was different. A seven-member task force, appointed by the association and comprising 170 metro area churches, proposed a name change and outlined a new vision at the Oct. 9 gathering at Oklahoma City, Trinity. 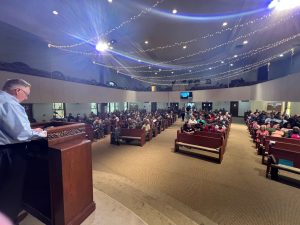 Mark Walters speaks to messengers about the new name and vision for Metro Baptist Network, OKC

The messengers at the meeting voted to be rebranded from Capital Baptist Association (CBA) to a new name, the Metro Baptist Network, OKC (MBN).

After viewing a video introducing the rationale behind the new name and hearing a report and recommendation from the CBA Strategic Task Force, messengers unanimously approved the name change.

“We wanted our name to reflect our commitment to the entire OKC Metro area,” said Mark Walters, associational missions strategist, informing the more than 300 gathered at the annual meeting. “The name Metro Baptist Network says who we are. Networking together is what we do as an association, and our focus is the entire Oklahoma City metro area.”

Walters explained that the MBN ministry focus area includes Guthrie to the north and south to the border of Moore. MBN churches are in Luther, Harrah and Newalla in the east, as well as Piedmont, Yukon and Mustang in the west.

“MBN consists of small, medium and large churches,” Walters said. “Some are legacy churches; others are new church plants, some replanted churches and many ethnic fellowships.”

In the Sunday evening meeting, Walters explained to the messengers that the strategic task force began working in May in conjunction with Resonate Group from Nashville, Tenn.

“Our task force worked with a group that specializes in helping organizations like ours with mission clarity, strategic planning, and rebranding,” he said. “We have met for many long hours, especially since August, in prayer, discussions and consultations.”

Walters explained that MBN would cultivate a shared vision for “a healthy church for everyone.”

“Our strategic plan is a simplified ministry plan,” Walters continued. “To accomplish our mission, we will focus on ‘church health,’ through church planting of all ethnicities, replanting metro churches in changing neighborhoods and strengthening existing churches.

“We will also emphasize ‘pastor health’ by offering mentoring and coaching, continuing pastoral education and leadership development opportunities. We will help establish ministry leader fellowships through cohorts and affinity groups.

“Additionally, we will continue with ‘community impact ministries,’ including the Grace Rescue Mission and Baptist Mission Center. We will continue to support the local Baptist Collegiate Ministries on the campuses of the colleges and universities within our network area.

“VBS, Backyard Bible Clubs and Sports Camp training will be scheduled to help equip the local church to reach children and families in their ministry community,” Walters concluded. “Evangelism and discipleship helps will be available upon request.”

Walters, who is completing his first year of leading MBN, shared his appreciation for the support the messengers and churches have offered through making this transition of a name change.

“Thank you for entrusting us with this sacred task,” he said. “It is an honor to serve our churches in this way. Our work is not finished; in the weeks ahead, we hope to invite you to help us even more in shaping our next era of ministry together.”

MBN also launched a new website that hosts a video about the new branding; learn more at MBNOKC.net.