Armenia – Listen , and you can hear our pain 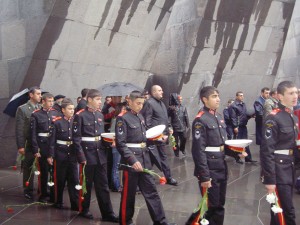 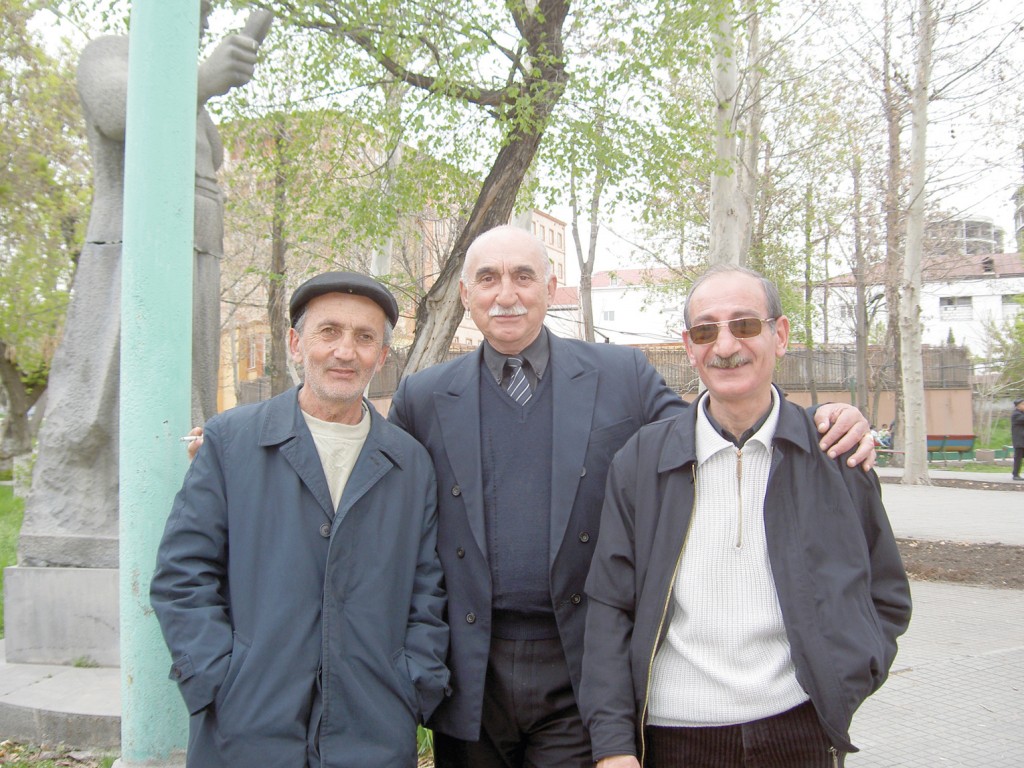 So the Oklahomans, dressed in every layer of clothing they brought, watched as the gigantic snow flakes fell around them in late April, and they shivered as their clothes became soaked from the earlier chilling rain that turned to snow.

The group of nine from Oklahoma City, Quail Springs had come to Armenia to participate in the anniversary of the Armenian Genocide. And, as in most years, the rains fell, giving meaning to the Armenians’ saying-that God weeps on that day over those who were mercilessly killed by the Turks.

As the Oklahomans gathered with hundreds of Armenians and others who came from around the world to commemorate the anniversary, they bought flowers to place around the eternal flame in the center of the memorial, and began the march as the rain, rapidly turning into snow, continued to fall.

It was a solemn trek with the marchers juggling umbrellas and flowers as they walked slowly on the heels of the people in front of them. The crowd slowed as it approached the memorial to enter the narrow passageways leading to the eternal flame where each person would lay flowers in memory of relatives and fellow countrymen who were slaughtered more than 90 years ago.

The Oklahoma group was in Armenia to participate in a pioneer project involving the genocide. Most in the group had not heard of the genocide until the formation of Oklahoma Baptists’ partnership with Armenia, or until they began plans for the trip. Even Gray said she was disgusted no one had told her about it before she got to Armenia.

During the night of April 23-24, 1915, Armenian political, religious, educational and intellectual leaders were arrested and mercilessly put to death. Then, the procedure was to round up the whole population of a designated town. They were marched out of town, driven by soldiers, and robbed of all they possessed. The caravan route was marked by a line of corpses.

Those who remained were driven forth on their death pilgrimages across the desert of Aleppo, robbed and beaten, as they watched their children slain before their eyes, and babies dashed to death against rocks or spitted on the bayonets of the soldier guards. In this first genocide of the 20th Century, almost an entire nation was destroyed. The Armenian people were effectively eliminated from the homeland they had occupied for nearly 3,000 years.

The failure of the international community to remember or to honor their promises to punish the perpetrators or to cause Turkey to indemnify the survivors helped convince Adolph Hitler some 20 years later to carry out a similar policy of extermination against the Jews. Soon, the Armenian genocide had become the “Forgotten Genocide.”

Denial of the Armenian genocide by successive regimes in Turkey has gone on from 1915 to the present. Perhaps the reason more Americans are not aware of the event is because the Turkish government has attempted to exclude any mention of the genocide from American textbooks.

“The history of these people is pain,” said Gray. “They need to be given a place to put their pain down. Only Jesus can do that, but it helps to talk to someone to take their pain.” 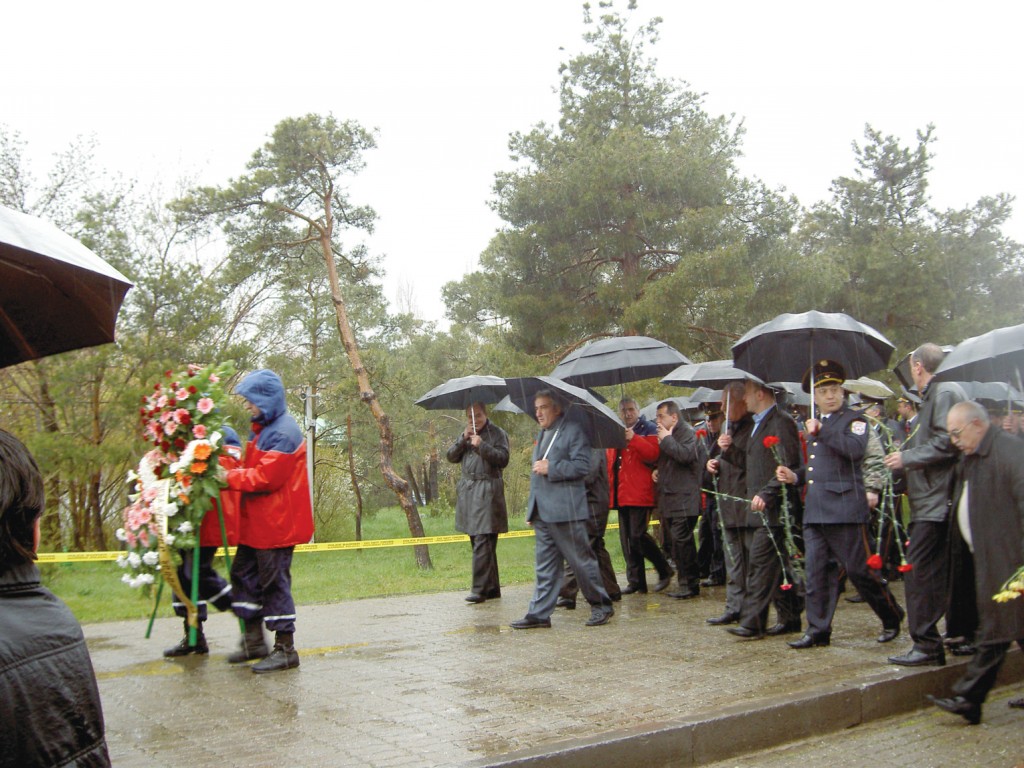 And that’s what the Oklahomans were attempting to accomplish.

They hit the streets of the capital city of Yerevan, starting conversations with people they introduced themselves to and asking those people to tell them about family members who were involved in the genocide. They explained that their stories would go on a Web site to help people around the world know about and recognize the genocide.

The Sooners were warmly greeted, and most of the Armenians were more than willing to tell their stories to be put on the Web site. In many cases, the teams were invited to the Armenians’ homes or at least asked to visit further with them the next day.

They heard statements such as, “Armenians are good people, and they did not deserve what happened to them.”

One man who had no family killed in the genocide said it affects all Armenians.

“It is a small country, so we are all family. It’s inside our genes, and although generations will pass away, the story will remain,” he said. “It has strengthened our faith, for if it were not for faith, we would be Muslims. To kill just to kill is most wrong.”

Vardanush was only two years old when the genocide began, she told one team. She had two brothers and a sister. One of her brothers was killed, and her sister, who was beautiful, was abducted by the Turks. Vardanush’s father told her mother to leave Vardanush in the river, but her mother refused and hid her child under her coat and escaped with great difficulty. When Vardanush got married years later, and gave birth to a baby girl, she named her Gohar, after her sister. Gohar became the favorite grandchild of Vardanush’s parents, as she resembled their lost daughter.

The group from Oklahoma, which divided into teams of two with an interpreter, heard stories of ancestors being shot, skin ripped from their bodies, children boiled in water and people beheaded. 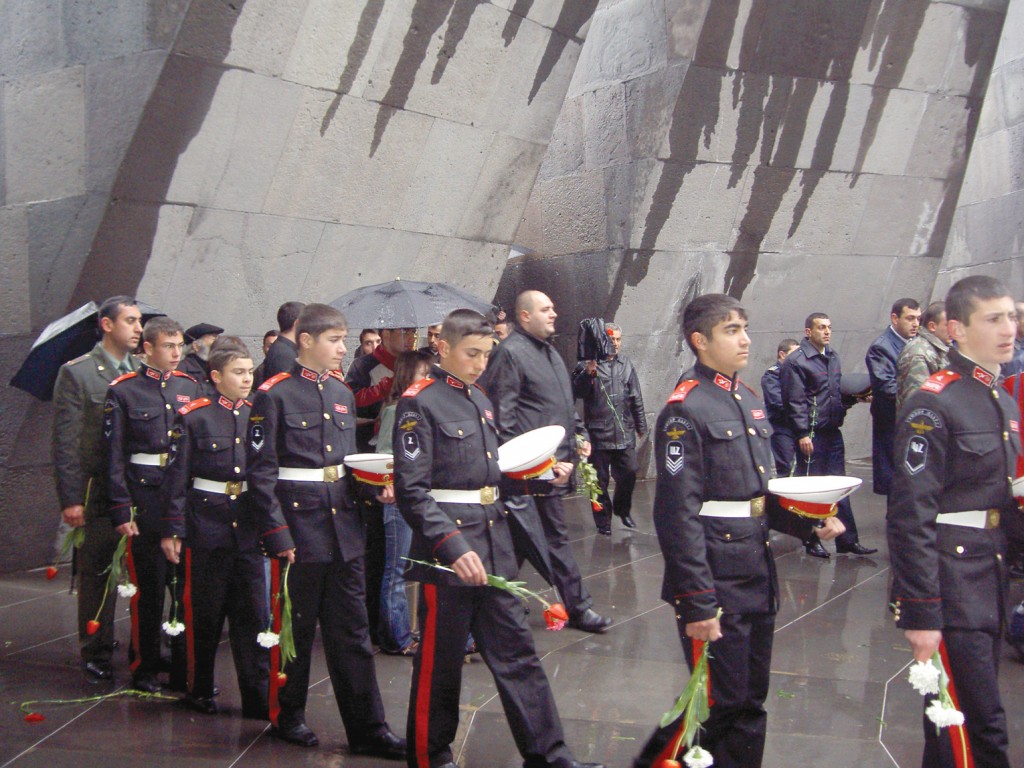 Listening to the stories became a spontaneous way to lead into a spiritual discussion.

Through this type of witnessing, three people were led to Christ by Curtis and Betty Dixon, retired SBC missionaries.

Gray emphasized that Armenians can talk to people about the genocide and their faith, but “when foreigners come, they tend to listen better. It is a way to talk to people, a natural way to share the Gospel.”

Gray said the recorded testimonies on the Web will lead to a gospel presentation.

“There will be people we never meet who go to the Web site and learn about what Jesus has done for them,” said Gray.