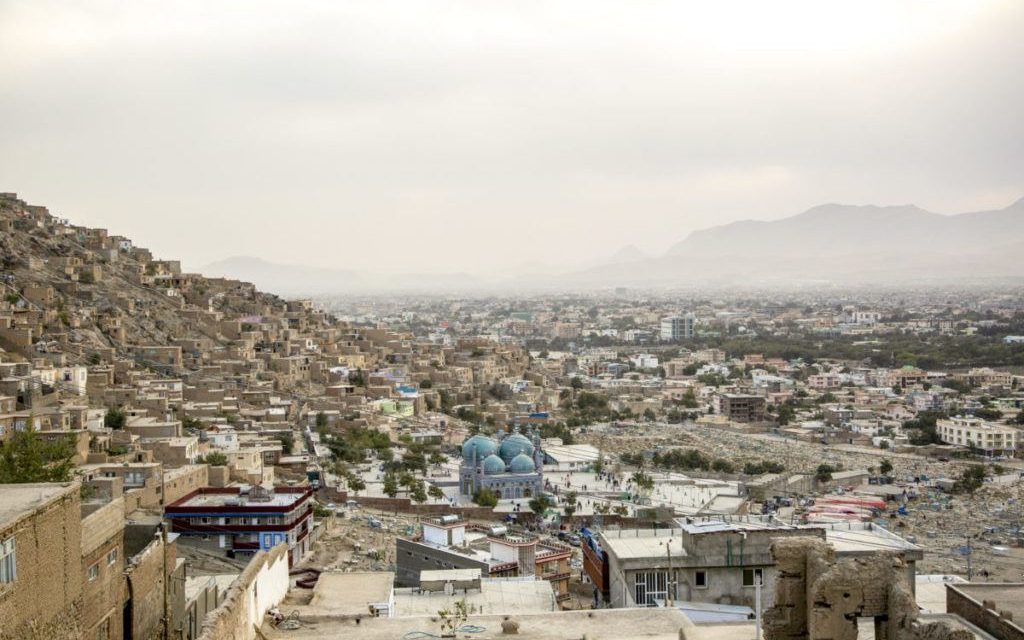 KABUL, Afghanistan (BP)—Christians in Afghanistan are forced into greater secrecy and largely cut off from humanitarian aid, International Christian Concern (ICC) said in its report on the first anniversary of U.S. withdrawal from the Muslim country.

ICC’s estimate of 10,000 to 12,000 Christians in the country is the same as estimates immediately before the Taliban gained rule there, despite early reports of a mass exodus of Christians who already worshiped in secret there.

With adherence to Christianity and other minority religions punishable by death under the Taliban’s strict Sharia law, many Christians would like to leave the country but have no safe way out, ICC said in its report that urges a long-term strategy in international humanitarian aid.

“Most Christians see no future inside Afghanistan. Emigration is a highly restricted privilege enjoyed only by a select few,” ICC said in the report. “Widows, unmarried women, and the elderly are among those with the least opportunity to leave, creating an untenable environment where they must choose between staying at risk of their lives or fleeing illegally.”

Christians, though ostracized by family and friends, enjoyed limited freedom to serve their immediate communities under U.S. occupation, ICC said, but are further ostracized in the current climate.

“Whether they remain inside Afghanistan or migrate elsewhere, Afghan Christians cannot seek out humanitarian aid at the same capacity and through the same channels as other Afghans,” ICC Senior Association Manager Claire Evans said upon the release of the report. “Consequently, providing humanitarian assistance to Afghan Christians requires a long-term strategy that matches the fluidity of the situation on the ground.”

Voice of the Martyrs (VOM), a global ministry to persecuted Christians, said many Christians have intentionally remained behind.

“You might have heard, a year ago after the fall of Kabul, that every follower of Christ in Afghanistan had fled the country, been killed or was hiding while trying to get across the border,” VOM spokesperson Todd Nettleton told Baptist Press. “This is simply not true. Bold believers in Christ intentionally made the decision to stay in the country—knowing full well their lives were at risk—to serve their countrymen and to continue to share the Gospel.”

In other advocacy, the United States Commission on International Religious Freedom (USCIRF), will host a virtual hearing Aug. 24 at 9:30 a.m. Central, focused on religious persecution in Afghanistan, U.S. policy and recommendations for U.S. government action.

“The Taliban’s imposition of their narrow interpretation of Sunni Islam on all of society poses a grave threat to Afghans who interpret Islam differently, who hold a different faith, or who choose to have no faith at all,” USCIRF said in announcing the webinar. “In addition, despite continued promises to protect all ethnic and religious communities residing in Afghanistan, the Taliban de facto government has been unable to protect religious minorities against attacks from Islamic State-Khorasan (ISIS-K). While some religious minority communities face the threat of extinction, others struggle to practice their faith in hiding due to fear of reprisal.”

In addition to death for apostasy, Sharia law imposes harsh punishments for other actions deemed criminal, including stoning to death or a specified number of lashes by flogging for adultery; crucifixion, death, amputation or exile for highway robbery; flogging or beating for immodest dress; and execution by various means for murder and homosexuality, USCIRF reported.

More than 99 percent of Afghanistan’s 39 million people are Muslim, and the Taliban works to flush out and punish those who don’t conform to a strict interpretation of Islam, ICC said in its report. The Taliban confiscates phones of suspected Christians and monitors mosques to determine who’s not attending regular prayers.

“Before Afghanistan fell to the Taliban, Christian pastors experienced a relatively safe environment to proselytize in their respective communities. Threats from Islamic radicals were prevalent but less egregious during the war following 9/11,” ICC said. “However, the current reign of Taliban extremism in Afghanistan has presented a much more challenging context for Christians in terms of continuing to proselytize.”

ICC pinpointed church leaders, women, ethnic minorities and former public service employees as among the most vulnerable under Taliban rule. Humanitarian aid is “incredibly limited,” ICC said, with bank transfers impossible and the accessibility of cash at receiving locations unreliable.

“Any leadership role within a church necessitates, at minimum, welcoming newcomers, providing spiritual guidance, and coordinating logistics. Since conversion to Christianity is not allowed, a Christian leader serving another Christian can be viewed as proselytizing even if proselytization never occurred,” ICC said in its report. “A relative angry with their family member’s Christian identity can seek out the names of other believers. The angry family member can subsequently report those names to the Taliban. Thus, anyone who has accepted a leadership role within the church places themselves at significant risk.”

The international community can help by finding sustainable ways for refugees to care for themselves, and by denying diplomatic recognition to the Taliban unless the regime guarantees human rights for all Afghans, regardless of religious affiliation, ICC said.

“The Taliban claims to be tolerant, but they are one of the worst oppressors of Christians and have a long track record of brutal crimes against vulnerable minorities,” ICC said. “Despite hopes to the contrary, the world has seen a collapse of fundamental human rights such as women’s rights, religious freedom, freedom of speech, freedom of the press, the right to assemble” and other freedoms.