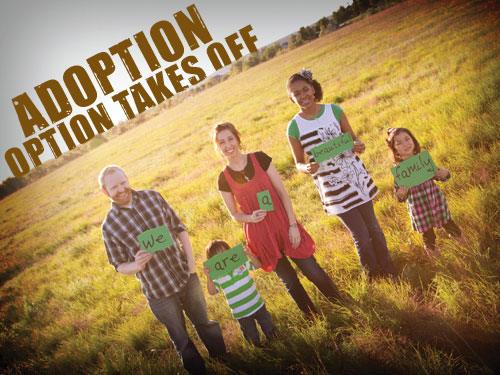 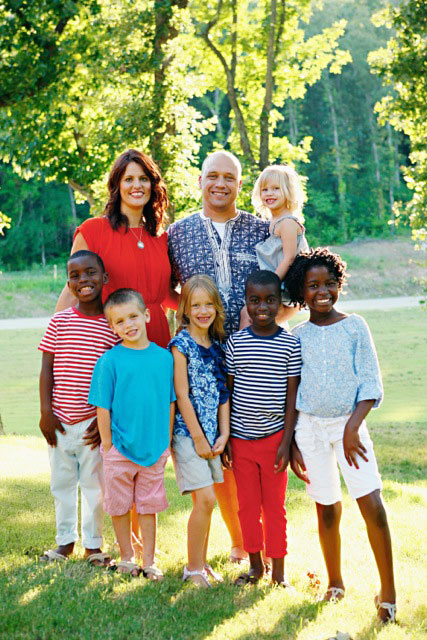 BROKEN ARROW—When Alex Himaya, founding and senior pastor of Broken Arrow, BattleCreek, embarked on a sermon series called “FAQ” more than five years ago, little did he know it would affect the entire course of his church and his own family.

“Members from our church turned in questions to me for which I would prepare a sermon,” said Himaya. “One person asked, ‘Why don’t you ever preach on caring for orphans?’”

Pricked to heart by the questions, Himaya spent three months reading the Bible through, cover to cover, noting each time the Scriptures refer to orphan care.

“I realized that I had neglected a major aspect of God’s Word, one that I believe is the clearest picture of our salvation in Jesus,” said Himaya, referring to adoption.

Fast forward five-plus years, and Himaya and his wife, Meredith, have a 5-year-old they adopted overseas, in addition to three other children. The church now has a specific orphan care ministry called ADOPT(ED). Since that sermon series, more than 80 families at BattleCreek have adopted or performed foster care.

Coordinating the orphan care and adoption resources ministry for the church is Matt Philpot.

“I have the privilege of overseeing our benevolence ministries, local outreach events and ministries, the local side of the Adopt(ed) ministry, follow up phone calls for all first time guests who fill out a Connect card and whatever else my pastor asks me to do,” said Philpott, who is the local community pastor for BattleCreek.

Philpot does not merely coordinate efforts. He and his wife, Sarah, take part as well. “God blessed us with two sons in our young 20s, Christian and Isaac.  Ever since then, God has been using our sons to help teach us about unselfishness and patience; I’m a slower learner than my wife in these areas,” said Philpot. “Growing up as a part of a blended family gave me the opportunity to see that choice more than blood made you family. This sank deep into my heart and mind watching my new dad love my sister and me as if we were his by birth. Sarah also had foster kids in her home growing up since her parents were foster parents. This made fostering an easy conversation after we were married and something we both were eager to do.

“We had little understanding as to how much work and sacrifice would be involved in the fostering process, yet we both knew God had called us to do it. So, on Feb. 15, 2010 we took home our first two foster daughters and have been volunteering and fostering since,” said Philpot, who believes adoption is one of the greatest pictures of the Gospel.

The pathway of adoption and foster care for the church’s members has not been an easy one.

“In our family, it has helped us better understand what sacrifice looks like when it comes to serving others,” Philpot said.  “It has taught us to rely upon God more deeply than we ever had before and pray harder and more fervently than we ever thought possible. Plus, family and friends in our lives have rallied around us giving us incredible support.”

Melanie Fullingim said she remembers holding an abandoned child at age 7 when her parents became missionaries in Brazil.

“When I had a family of my own, Jeremy and I knew at some point we would pursue the adoption of a sibling group,” she said.

Two years ago, the family grew by three children from Africa, adding to their three biological children.

Fullingim said their adoption story is crazy, but it is His story.

“I told a friend I felt as if the Lord wanted to do something impossible—something only He could take credit for,” recalled Fullingim. “What I didn’t think about was that for Him to do the impossible, we would have to face impossibilities.” 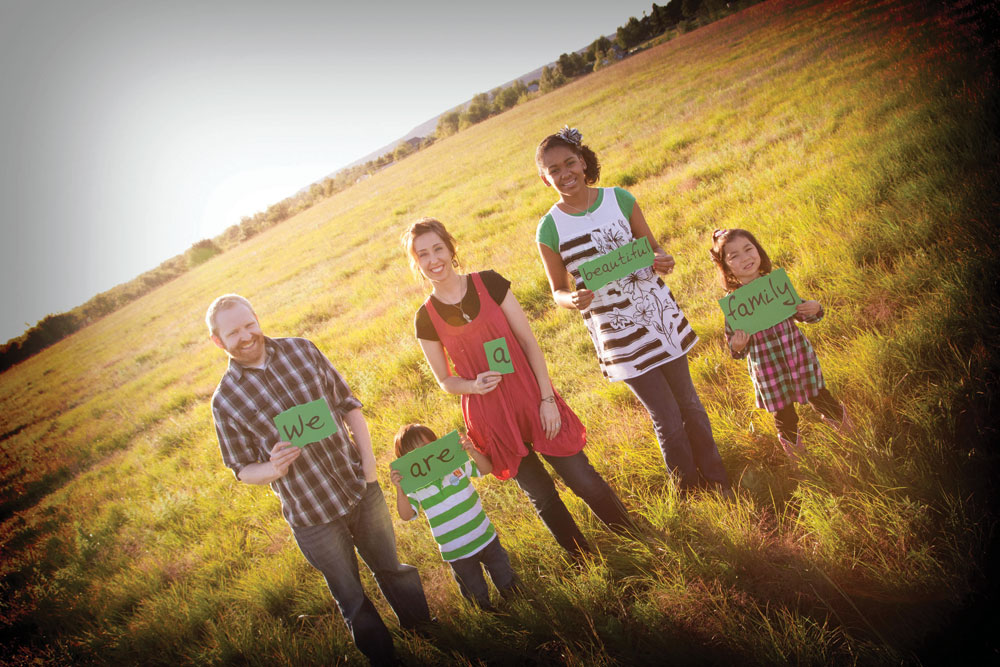 And the family did, including four months in Africa with the family separated, followed by the government abruptly closing its international adoption program.

“As I was getting the children in bed one night, I received a call that I had to return them to the orphanage and that the adoptions were halted indefinitely,” she said. “The Lord never promised me anything, but showed me that we had been obedient and that even though I felt it, He had not forsaken any of us. As I prayed for the God of the universe to provide a miracle in our process, He reminded me that He was also big enough to protect our children, regardless of the outcome.”

Three months later, Fullingim returned to Africa to pick up their children.

“Before we knew if the children had birth certificates, I had chosen three dates for birthdays based on three Scriptures,” she said. “One of those Scriptures was Rom. 5:5, ‘And hope does not disappoint us, because God has poured out His love into our hearts by the Holy Spirit Whom He has given us.’

As disappointed and exhausted as we had been by hoping, He became enough.  On May 5 (5-5) our adoption was finalized—the impossible only He could take credit for.”

Another family involved are Adam and Natasha Perryman.

“Adam and I began the journey to build our family through the gift of adoption in 2005,” said Natasha. “We prayed like crazy through the journey of paperwork, being matched with a child in Vietnam and then waiting to travel. Our first daughter joined our family in September 2006.”

“Within a few months of being home, we felt the stir to adopt again. We were learning what it was like to be a multi-racial and multi-cultural family, and we felt that this was something for which we were made. We pursued another international adoption through Vietnam, and two years later,  came home with our son, Nehemiah,” she said. 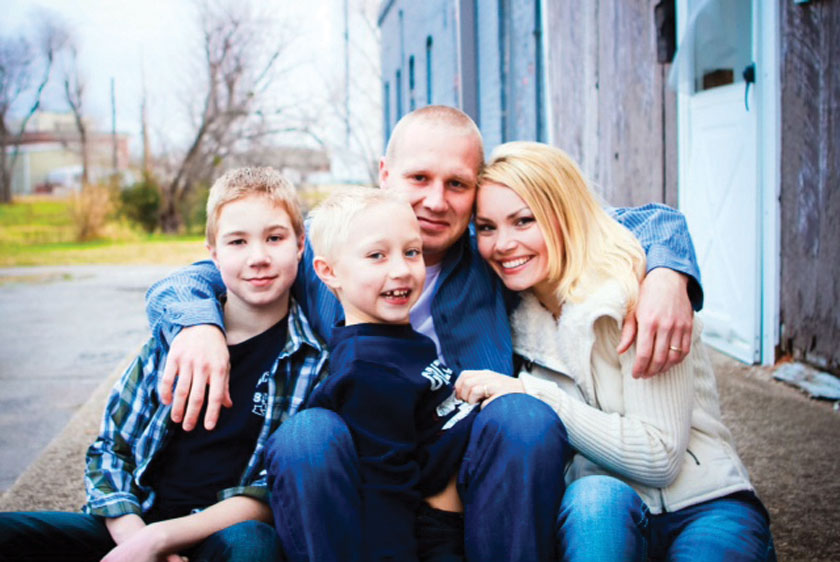 photo: PROVIDED Matt Philpott is local community pastor with Broken Arrow, BattleCreek. He and his wife, Sarah, have two sons, Christian and Isaac, and have been foster care parents to numerous children.

The couple then took the radical step of adopting an older child through the Oklahoma Department of Human Services (DHS).

“Adopting an older child is difficult, and out of birth order is not recommended. But as we know, the Lord’s ways are not man’s ways, and we began the process to adopt a child age 5-17 who was currently available for adoption, but waiting in foster care. In May 2010, we attended an adoption party and were matched with a beautiful half-African American, half-Native American 12-year-old girl. Karrington moved into our home, and we finalized her adoption 18 months later.”

The Perrymans also serve as short-term foster parents for children without a home on the holidays and those who need respite care.

“We openly discuss that we have all been alone, and God has come to our rescue, placing us in His family and in forever families through adoption (John 14:18),” she added.

BattleCreek has mobilized more than 300 families like the Perrymans within its congregation to offer assistance of some kind, including material blessings and volunteering time at the local DHS shelter for foster children.

Adoption and foster care is not for every family, believes Himaya.

“While not every family is able to adopt, we, as Christians, are each called to care for orphans,” he said.