ACC is ‘all in’ for sharing the Gospel with campers

DAVIS—Associational Children’s Camp (ACC) 2018 had “All In” as its theme, based on Phil. 2:5-8, and camp officials could not have chosen a better camp speaker to complement the camp theme. 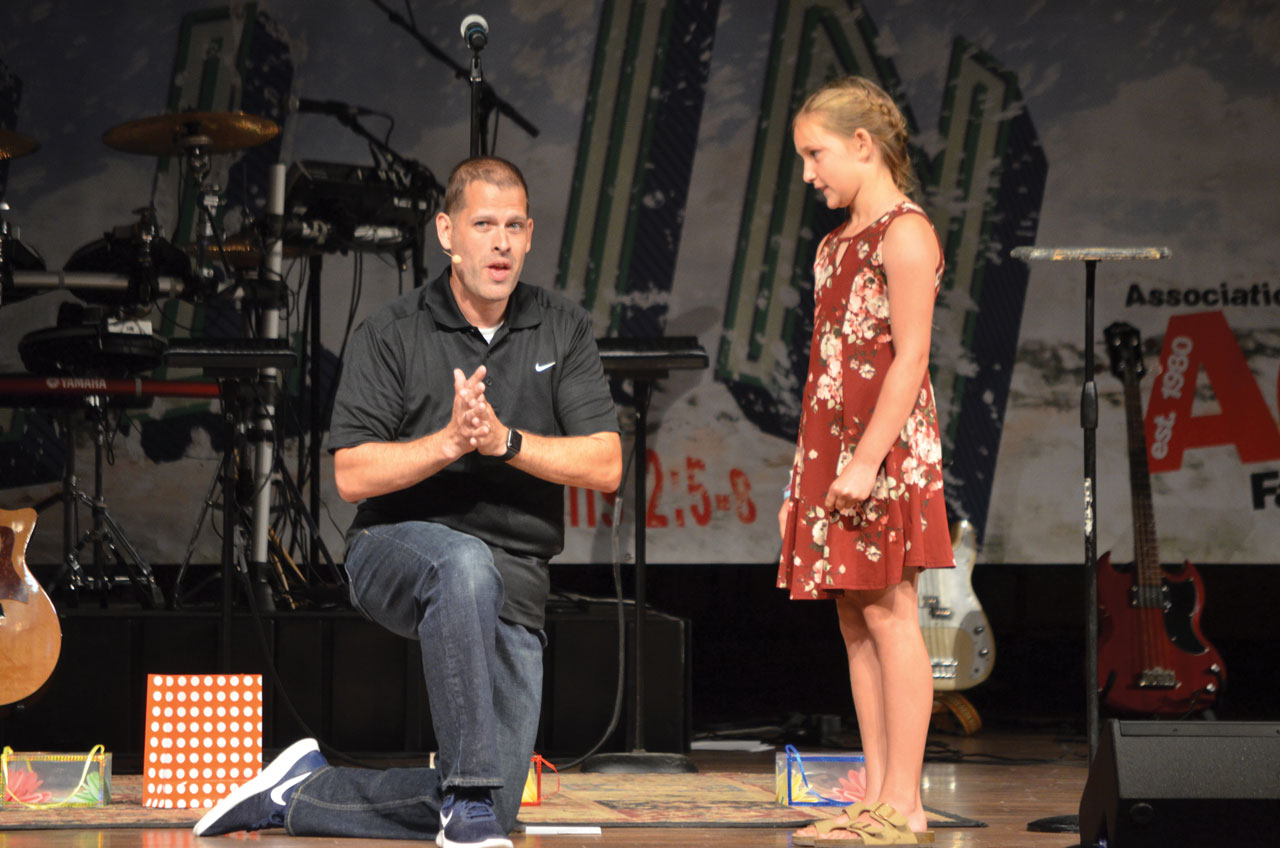 Evangelist Colby King served as
camp pastor for both sessions of ACC. King involved many campers in his visual illustrations.
Photos: Chris Doyle

Oklahoma Evangelist Colby King was definitely “all in” for speaking at ACC, as he unconventionally spoke for both sessions. ACC session one met May 27-30, and session two was May 30-June 2 at Falls Creek Baptist Conference Center.

Preston Collins, director of missions in Union Association, served as camp director and said ACC usually features pastors as camp speakers with a different one for each session. However, King’s schedule allowed him to speak during both sessions, and Collins said the evangelist was a hit with ACC campers.

“Colby has done a great job,” Collins said. “Our goal for Associational Children’s Camp is to communicate the Gospel in such a way that children this age can clearly understand the Gospel. We are not worried about if they are under conviction or not. That’s up to the Holy Spirit. We just want to give the message clearly, and Colby did that all the way through.”

At the time of publication for the Baptist Messenger, only the first session was completed, but ACC Session One recorded 3,413 registered campers. Collins also reported 222 campers made professions of faith in Christ, with 40 professing assurance of salvation, 40 rededications and 25 other decisions.

Collins credited King’s ability to connect with campers, consistently communicating the Gospel in a way children, grades 3rd-6th, could understand.

“He used so many visual illustrations, involved lots of kids in those visual illustrations, so he had lots of participation,” Collins said about King. “None of the kids had a chance to even begin thinking of tuning him out because he kept their interest the whole way through, constantly engaging them all along.” 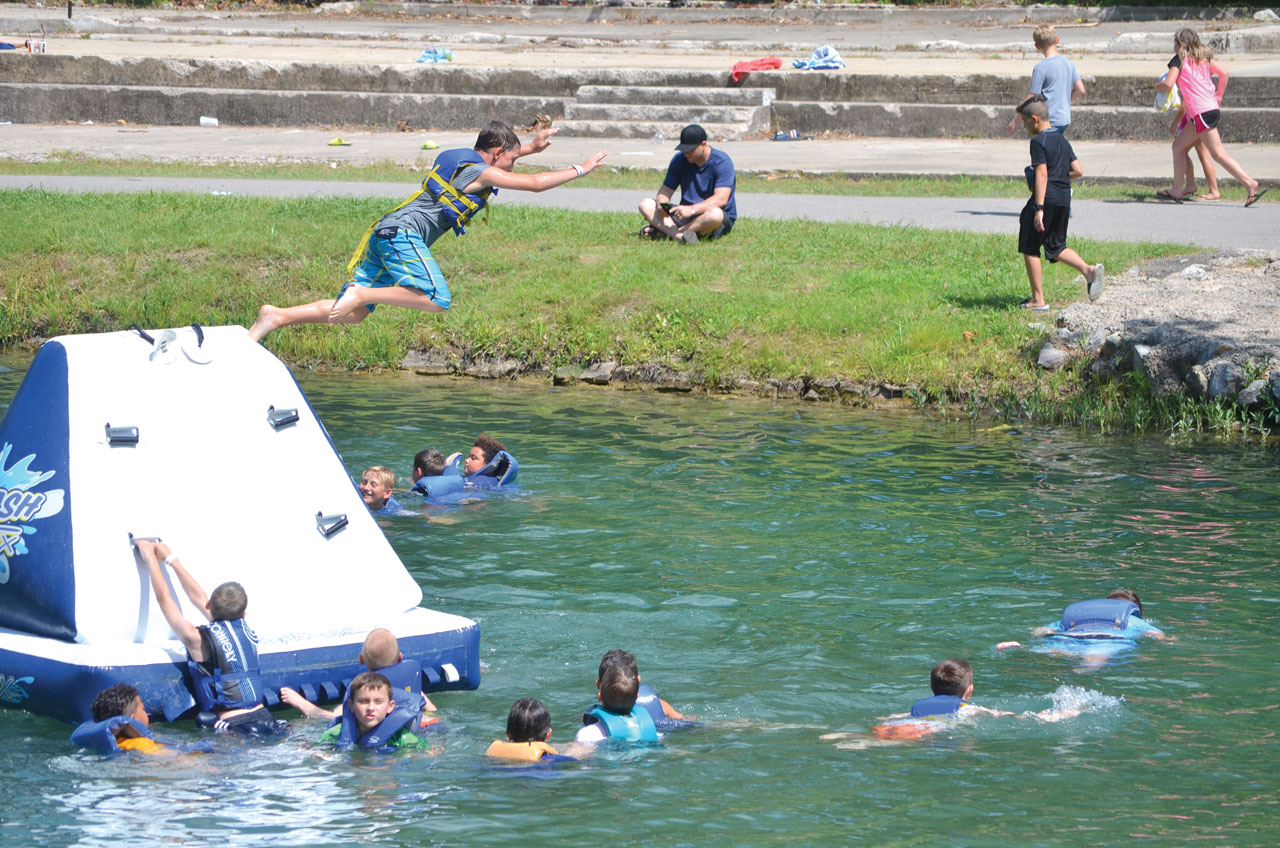 The Entry Pool at Falls Creek was a big hit during ACC.

In the last worship service of camp, King challenged campers to go share with others what they experience. “’You go tell someone else your story,’” Collins quoted what King encouraged campers to do, sharing their testimony with those they encounter.

King and his wife Mary Beth are from Owasso and founders of ThreeThirty Ministries. Collins said King’s entire family, which includes four sons, shared their testimonies in different camp services at ACC.

The praise band of El Reno, First, led by worship pastors Glen Chapman and Derek McCarver, also were “all in” for ACC, as they led worship times during both sessions.

“We are able to pool our resources and skills as well as utilize the great facilities of Falls Creek,” Collins said. “The (Falls Creek) staff has been great. They have been supportive and worked with us in every possible way. The kids enjoyed all the good recreation and fun and the facilities and worshiping in the great tabernacle.” 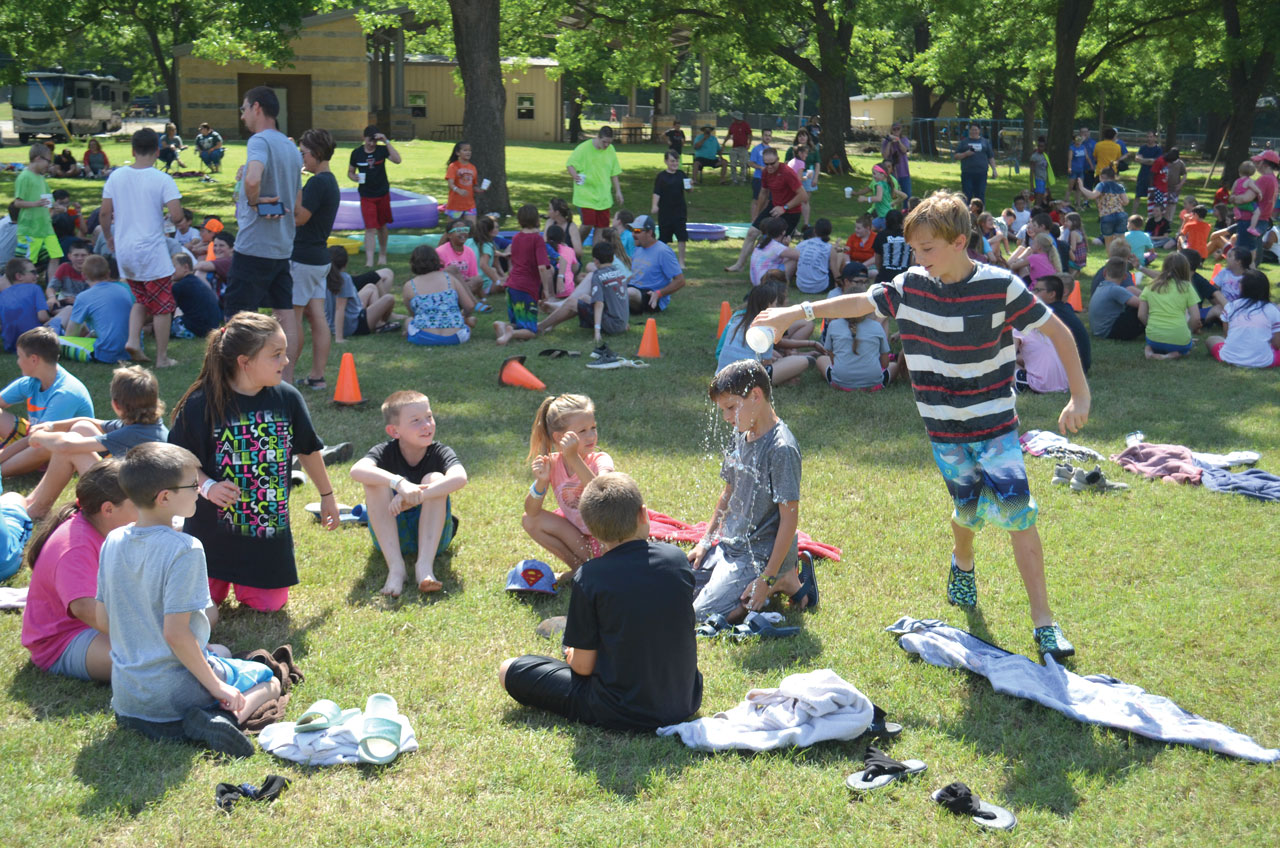 Another regular feature at ACC is the MissionFest in Falls Creek’s Mathena Family Event Center from 1-3:30 p.m. on the third day of both camp sessions. Collins reported more than 700 campers and sponsors attended the first session’s MissionFest, allowing attendees to connect with different missionaries and learn about different ministries around the world.

When asked what is the importance of having ACC each year, Collins responded, “It fills the role of churches taking their kids to camp in similar fashion as the youth summer weeks (at Falls Creek). We are providing them the opportunity to have a great camp.”

Collins also said ACC is an excellent experience for church leaders to connect with children outside the regular Sunday or Wednesday schedules.

“Each church can make their children’s camp what they want it to be,” Collins said. “This is about getting kids connected with their church. When they leave camp, they are a unit that goes back to their church. It’s a great opportunity for pastors and children’s leaders to be engaged and to know their kids and develop relationships that will last for a lifetime.”