2019 human trafficking report: U.S. has work to do 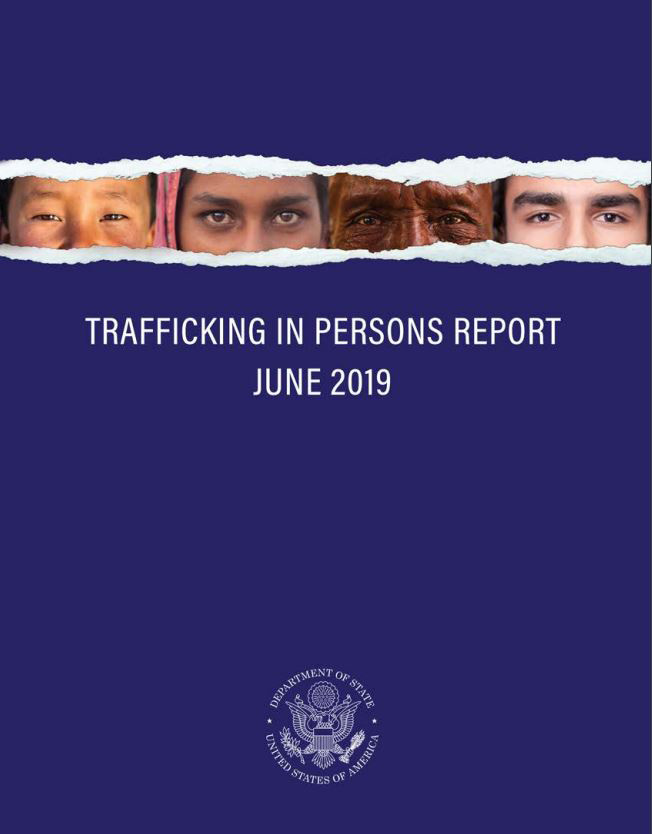 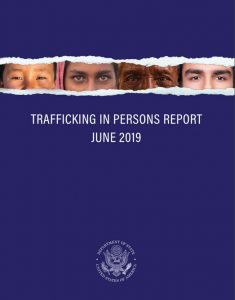 “Traffickers continue to operate with impunity and only a small fraction of victims receive trauma-informed, victim-centered support services,” said Richmond, ambassador-at-large to monitor and combat trafficking in persons. “Yet, by working together, governments, civil society organizations, survivor advocates, and faith communities can reverse this troubling pattern.”

The TIP report annually measures nearly 200 nations on their success in fighting human trafficking within their own borders, based on practices established in the latest versions of the U.S. Trafficking Victims Protection Act of 2000 (TVPA), and the international 2000 Protocol to Prevent, Suppress and Punish Trafficking in Persons, Especially Women and Children (Palermo Protocol). Most victims of human trafficking are victimized within their country of residence, the report said, although sex trafficking victims are transported internationally more often than labor victims.

The U.S. “fully meets the minimum standards for the elimination of trafficking,” the report found. “These efforts included increasing the number of convictions, increasing the amount of funding for victim services and number of victims served, continuing to seek and incorporate survivor input on human trafficking programs and policies, and launching new public outreach measures to more sectors.

“The report exists to educate us on what human trafficking looks like around the world and what is being done about it,” Sadler said. “For those of us in the local church, we could read the country narratives to have a better picture of what is happening in each setting. Imagine what could happen if we prayed for those in each country.” Sadler’s ministry, online at lmpgnetwork.org, offers church training through a Justice Weekend of intensive teaching on recognizing vulnerability and serving the most vulnerable; and the LMPG Experience, a missional week of teaching, service projects and other outreaches to vulnerable populations in New York. Upcoming LMPG Experience weeks are March 9-13 and 16-20 in 2020.

TIP divides countries into three tiers, with Tier 1 countries meeting minimum TVPA standards to eliminate trafficking, Tier 2 nations making significant efforts to comply with TVPA, and Tier 3 countries not making significant efforts to comply, according to the report. A Tier 2 Watch List earmarks nations that have committed to meet minimum standards, but have a significant number of people severely victimized by human trafficking and the nations are unable to provide evidence of improvements.

Secretary of State Mike Pompeo described human trafficking as a strain and a stain on all of humanity.

“We detest it because it flagrantly violates the unalienable rights that belong to every human being,” Pompeo said upon the report’s release June 20 in Washington. “Every person, everywhere, is inherently vested with profound, inherent, equal dignity…. America was founded on a promise to defend those rights — including life, liberty, and the pursuit of justice. But too often we’ve fallen short, and we cannot fall short on this challenge.”

Countries with the most severe problems, those in Tier 3, not only overlook human trafficking, the report said, but some systematically perpetrate the crime.

“In China, authorities have detained more than a million members of ethnically Muslim minority groups in internment camps,” Pompeo said. “Many are forced to produce garments, carpets, cleaning supplies, and other goods for domestic sale.”

The majority of countries studied, nearly 100, ranked in Tier 2, but no designation is permanent. An additional 38 countries are on the Tier 2 Watch List.

The study defines human trafficking as “sex trafficking in which a commercial sex act is induced by force, fraud or coercion, or in which the person induced to perform such an act” is under age 18; or “the recruitment, harboring, transportation, provision, or obtaining of a person for labor or services, through the use of force, fraud or coercion for the purpose of subjection to involuntary servitude, peonage, debt bondage, or slavery.”

The full report is available at www.state.gov/reports/2019-trafficking-in-persons-report/.

EDITOR’S NOTE: This story has been updated in the eighth paragraph.