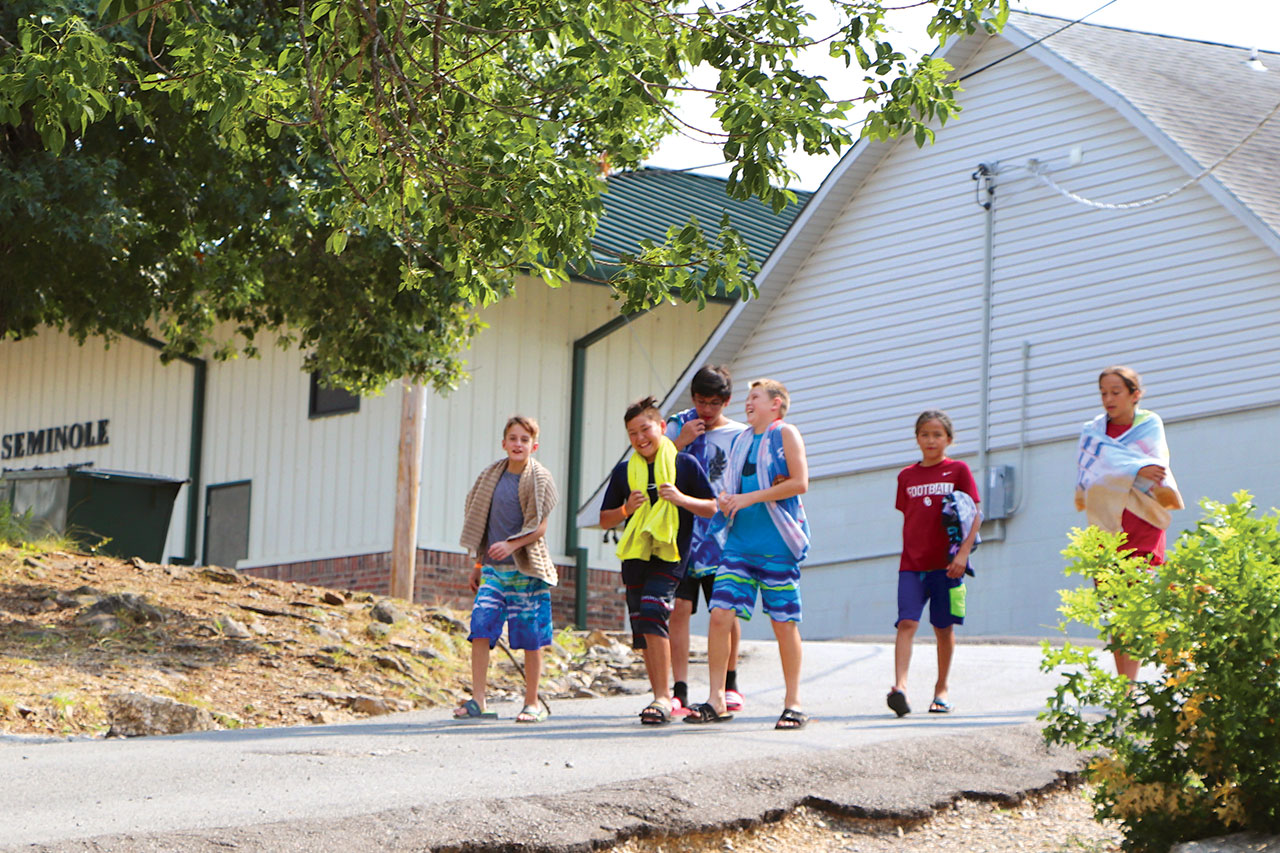 The theme for IFC, quoting Isaiah 6:8, was “Here Am I. Send Me.” Cope said “Indian Falls Creek 2018 had the feel of an ‘old time revival.’ Everyone was in one accord just waiting to see what God was going to do and say. And boy did He speak to all of us! He used every teaching venue, preaching opportunity to humble, strengthen and challenge us to do more. I believe that IFC 2018 may be a turning point in Indian work in Oklahoma and Native work across our nation.”

The camp pastor was Warren “Junior” Pratt, pastor of Cushing, First Indian, who is chief of the Skidi band of the Pawnee Nation. The Gospel was presented throughout IFC, where many made spiritual decisions.

There were 164 professions of faith, 65 rededications, 13 assurances of salvation, while 33 responded to the call to ministry.

“Pratt and the other speakers placed a heavy emphasis on responding to God’s call to ministry,” said Cope. “Western Oklahoma has been on the hearts of our people for years, and this year we had a large contingent of campers. Thanks to Emerson Falls for sharing the needs of Western Oklahoma, Director of Missions Jay Mule and the awesome work of the pastors among the Plains Indians.” 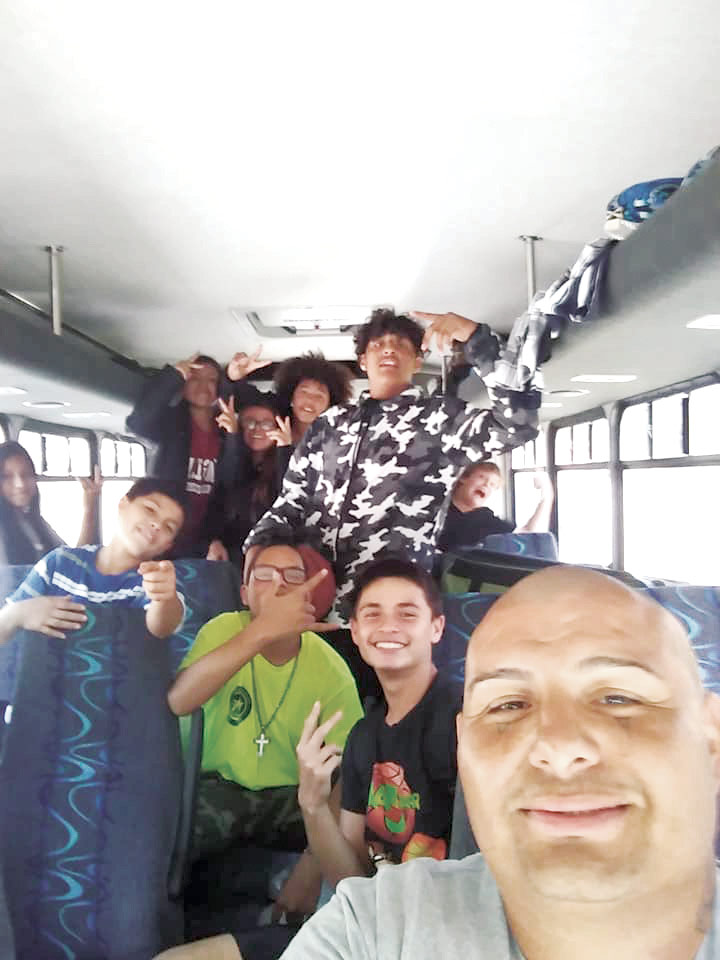 On Monday, July 30, during the evening service, military veterans were recognized on the platform, amid fanfare and special music, as well as a flag salute ceremony. During that evening session, Baptist General Convention of Oklahoma (BGCO) Native American Ministries Specialist Emerson Falls introduced Hance Dilbeck, BGCO Executive Director-Treasurer, to the gathering. 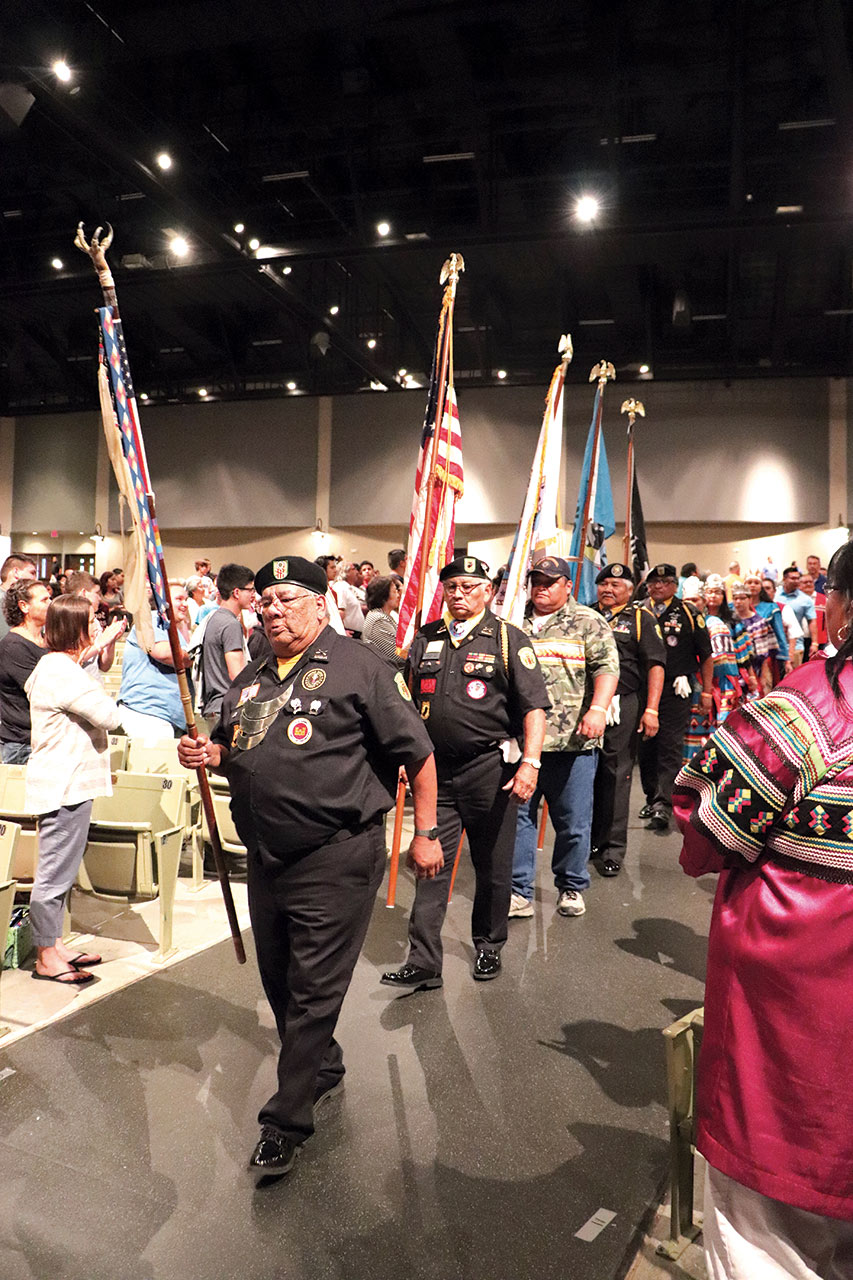 On July 30, veterans were honored during a special patriotic ceremony in the evening service.
[Photo by Brian Hobbs]

“There are few things that would bring more glory to God than a great ingathering of Native Americans to Christ. This is something that would exalt the risen Christ and display the Gospel in a way that very few things could. So we pray that God’s Spirit would do a great work among our Native churches,” said Dilbeck.

During the various services, each of the tribes at IFC sang a song of worship in their native tongue. In addition to the worship services, there was a wide array of other activities and events on the campgrounds.

At the Mathena Family Event Center, “children’s church” and VBS-style activities took place. Bible studies and informational sessions on missions, ministry and evangelism took place across the camp. The Woman’s Missionary Union and Native American LINK ministry had a ministry presence throughout IFC 2018. In addition, the annual blood and bone marrow drive took place, in which 132 units were donated.

Cope expressed gratitude to the IFC board and many volunteers and others who made 2018 IFC possible.

“Thanks to all our cabin owners, volunteers, teachers, Indian Mounds Baptist Church of Alabama, Tricky Ricky Henson, the Colorado Group led by Debra Maldonado, our IFC Board of Directors, Falls Creek Conference Director Keith Burkhart and staff and most of all, our God,” he said.