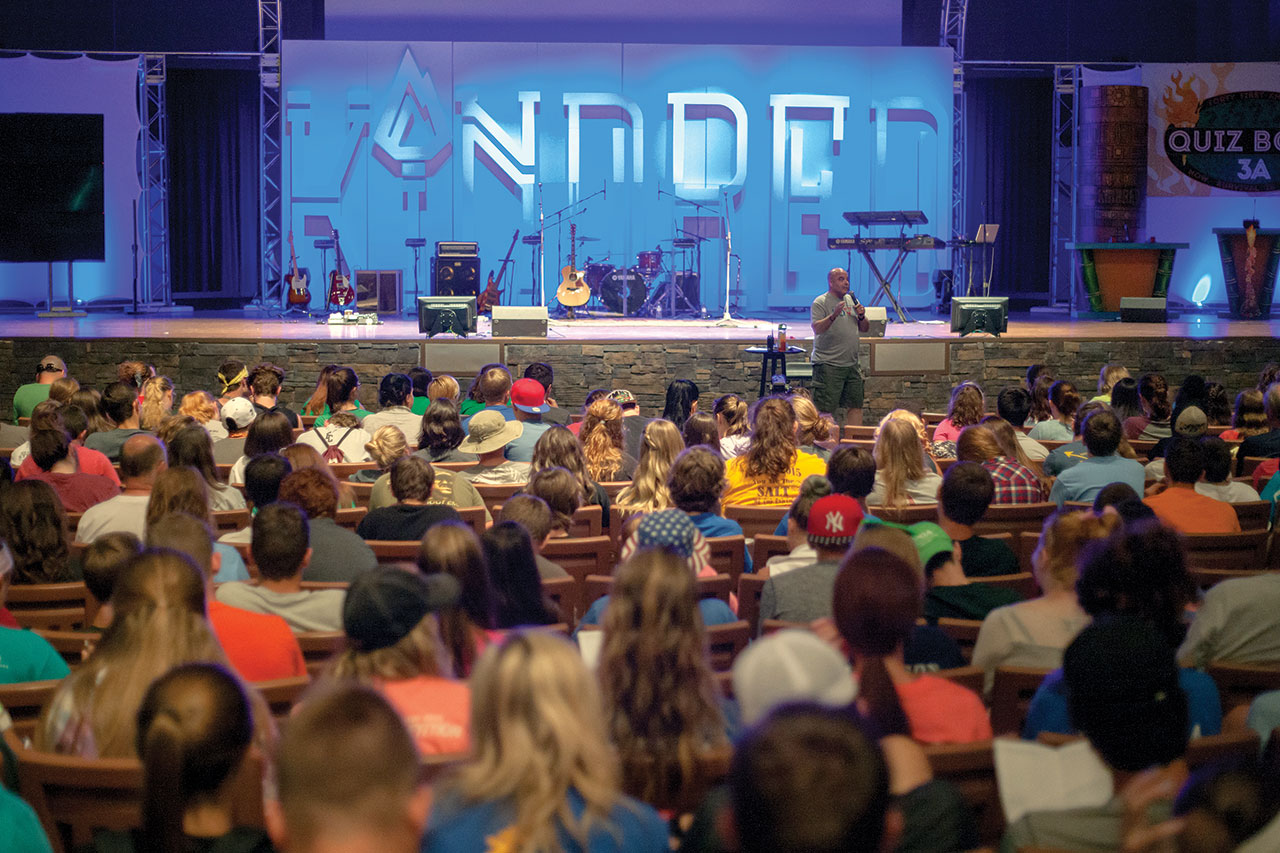 DAVIS—How did the youth weeks at Falls Creek Baptist Conference Center overcome the flood this summer? According to Andy Harrison, Falls Creek program director, “When difficult times come, people tend to pull together.”

It is likely that many will look back at the Summer of 2015 at Falls Creek as the “Summer of the Flood,” when Week 3 (June 15-19) concluded early and Week 4 (June 22-29) was cancelled due to severe flooding conditions that hindered the encampment’s infrastructure. But if you were to ask Harrison or any of the staff, students or leaders who experienced Falls Creek, you may find out that something happened up in the Arbuckle Mountains that led to amazing results at churches across the state.

“Our whole theme was on pulling together,” Harrison said. “After this whole summer, I think what we are going to see is whole youth groups that will actually be the seed of harmony in churches that are very unhealthy. If our groups go back and live out what we experienced at camp this summer, we’ll see not just a change in youth groups but see a change in churches.”

Many of the church groups that were scheduled to attend the Week 4 camp were able to find alternative camps that week. But Harrison said some youth groups were able to come during one of the later weeks. Some even teamed up with other church groups, he said. “That’s when you really experience the bonding of Christ and Christian fellowship. You’re with people from another group in your cabin, and God does great things in there.”

As Falls Creek is known as the world’s largest summer Christian youth encampment, the average attendance of 5,000 campers and church leaders remained consistent each week. What also remained consistent is the large number of decisions made after the evening services with 4,651 total decisions recorded, including 1,938 professions of faith, 175 assurances of salvation, 1,838 recommitments, 193 special needs or other decisions and 507 calls to ministry.

“It sounds like we are all about numbers, but the truth is we are excited about God’s moving so heavily among the groups this summer,” said Harrison who mentioned the camp was on a record pace for professions of faith before the flooding conditions interrupted the schedule.

The most professions of faith recorded for one summer at Falls Creek is 2,469 in 2007. This summer’s camp had six fewer services.

Harrison was encouraged with the impact of the camp’s summer theme “Kindred,” which involved teaching on fellowship and how it goes beyond friendship. “We saw a lot of groups deal with a lot of issues and come together in ways they hadn’t before,” he said. “The material we covered really connected with the groups, so that was exciting.”

The results of the flood had an effect on many areas of the campground. Though the cancelling of Week 4 prevented church groups from coming to Falls Creek, the summer staff remained busy cleaning up the aftermath and getting the whole campus ready for campers to return for Week 5.

“Though you may look at the floods as a bad thing, for our staff it was a good thing,” Harrison said, “because they pitched in and worked together—all across different staffs from program, concessions, rec, ropes—all of them working together to clean up, and it really helped our staff to unify like it never had before. There were a lot of good things that came out of this summer.”

Along with successful results from the evening services, camp this summer also experienced great outcomes with specialized breakout sessions each week, including the Apologetics Forum on Wednesday nights and Project Love on Friday afternoons.

A story on the Apologetics Forum was featured in the July 30 Baptist Messenger, sharing how attendance exceeded expectations as the session drew anywhere from 350 to 500 campers each week. Students attending the forum were receptive to hearing answers to many hard questions on faith and the Bible.

“It obviously highlighted the idea that we provided something that people desire, and we will expand that programming in terms of what we do and the materials we provide for that breakout next year,” said Harrison.

Project Love covered topics of sex, dating and relationships and was led by Harrison. This session also drew more people than anticipated.

“It was so packed we had to move to the (Tabernacle) auditorium,” said Harrison who shared the attendance for Project Love would draw 750 or more on some weeks. He also twice had to reorder copies of the material for the breakout and still ran out.

Project Love was an important session for many youth groups, as many youth pastors required all of their students to attend. “That’s the number one area where kids have fallen,” said Harrison. “Some groups really have issues, really have damage from sexual sin and bad relationships. It was obvious we need to increase in this area of teaching.”

Harrison said church leaders offered him great feedback on Project Love and asked about having separate sessions for girls and for guys. With great response to Falls Creek’s breakout sessions, opportunities to expand will be considered next summer. Harrison is encouraged with the expectation of the Mathena Family Event Center being available to allow for more relevant breakouts throughout the week of camp.

Summer of 2016 already has a list of things to expect at Falls Creek. Harrison said recreation opportunities plan to expand including open field play for Ultimate Frisbee and for soccer. Alterations may happen to the camp’s ropes course, allowing for climbers to experience different course elements.

Many great Bible communicators will be at Falls Creek next summer as the list of weekly speakers has been scheduled. Doug Melton, pastor of Oklahoma City, Southern Hills, and evangelist Ed Newton, a frequent Falls Creek speaker, are among those speaking at camp next year. Well-known pastor and SBC leader H.B. Charles from Jacksonville, Fla., Shiloh Metropolitan also highlights next year’s speakers list.

“We have so many different ethnic backgrounds represented each week at Falls Creek,” said Harrison. “I am constantly looking for the diversity in that, allowing for campers of different ethnicity to be able to relate to our speakers. This summer, we had Tiny Dominguez (pastor of Lubbock, Texas, Community Heights) come to speak, and next year we’ll have H.B. Charles. The Gospel message is the same for all people.”

See You at the Pole still going strong at 25 years 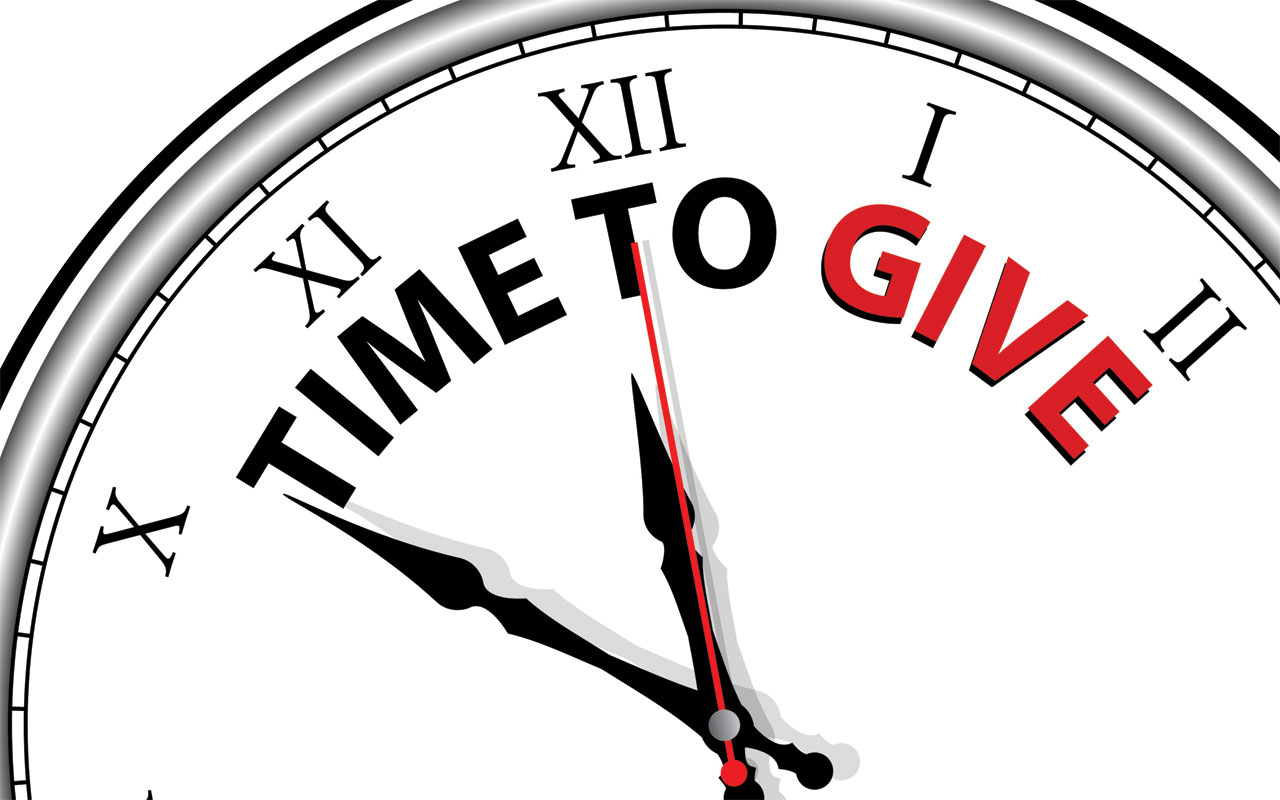