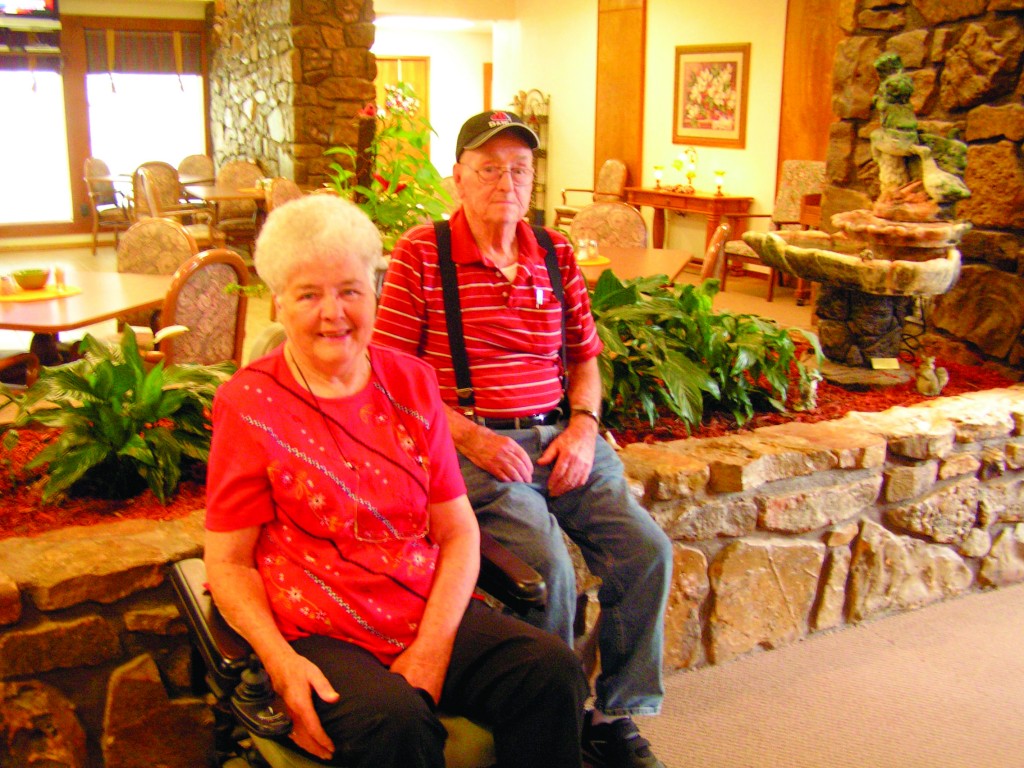 CLEVELAND—The Bible gives reminders how God will provide, even in difficult times—even when disasters strike quickly.

Bill and Geraldine Ragle lived in the same house in Mannford for 44 years. They enjoyed many great experiences in the northeast Oklahoma town.

“We used to have a lot of people come on the Fourth of July because we had a pretty good space for them to shoot their firecrackers,” said Geraldine, as she and Bill have two children, five grandchildren and three great-grandchildren. “At Christmas and Thanksgiving, we always had our children and grandchildren over.”

Ed and Judy O’Brien moved near Mannford in 2006 and took pleasure in frequent fishing trips, as well as having good neighbors and family in close proximity.

“We were just two miles up the road from a good fishin’ hole,” said Judy. “Ed and I caught a lot of fish. One time, he caught a 24-pound catfish. He also had a big garden, and we shared with our neighbors what he grew in the garden.”

All of this changed abruptly for the Ragles and the O’Briens in August. According to Sam Porter, Baptist General Convention of Oklahoma disaster relief director, wildfires burned 114,000 acres of Oklahoma land and destroyed 603 homes, including those in which the two couples lived.

Living in the same vicinity, they could see smoke coming over the trees, and within hours, the families were forced to make hurried decisions.

“My son had just finished baling hay,” said Bill. “We wanted to make sure we got the hay out, so we had the hay in one trailer and the horses in another.” 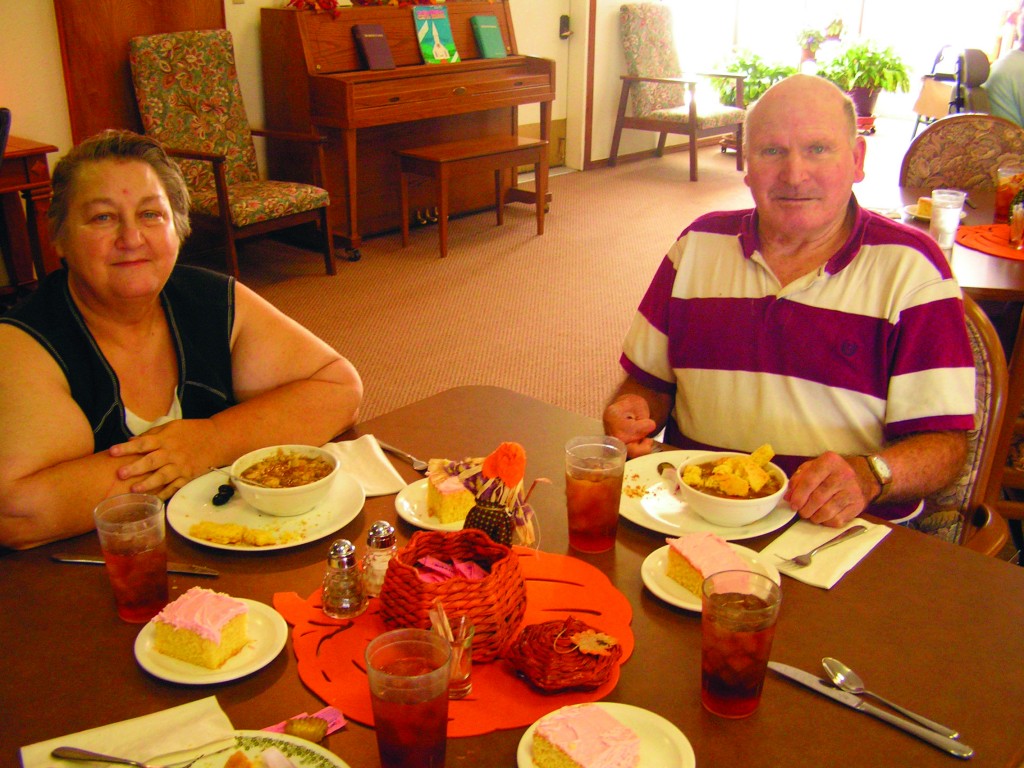 The O’Briens got a call from their daughter telling them they had to get out of their house quickly. Judy said she and Bill got her mother, who had been staying with them, as well as medications and their cat, and went to a Mannford motel.

They weren’t there long, though, because the fire was moving toward town, so the O’Briens ended up staying with their daughter in Cleveland.

Nothing was spared, except what they took with them. Both couples were forced to start over.

They weren’t the only ones.

“The wildfires that destroyed 603 Oklahoma homes will make a huge economic impact in Oklahoma, especially on the 82 percent of homeowners who did not have any insurance,” Porter said. “The impact emotionally and financially on those families will be felt for many years to come.

“We, as Christians, must do all that we can as individuals and together through the churches to be the hands and feet of our Lord for them in this time of crisis.”

Terry Dennis, campus director of Baptist Village of Cleveland, also volunteers as a chaplain for the Cleveland Fire Dept., and had much contact with both families during the tragedy. His consoling provided a consideration of where they could find a new start.

“We had been planning to move here anyway. We didn’t want to move in the manner that we moved, but that’s the way it happened,” Geraldine said.

Though many decisions still need to be made, such as buying furniture, one thing the Ragles found assuring was the support of their new neighbors.

“I have been adjusting well,” said Geraldine. “Everybody is friendly. I’ve not run across one person who wasn’t friendly. We have enjoyed it, very much so.”

Since Bill and Geraldine moved to Baptist Village of Cleveland, they have helped others realize how wonderful a place it is. Geraldine’s brother came to visit and is considering moving there, and a couple from their church also made a visit and is now living at the Village.

Ed and Judy found their new home soon after the Ragles moved. Baptist Village has been their haven, helping them in their transition.

It wasn’t long after they moved that Ed started working in the Village garden, helping with weeding and planting, getting ready for a winter crop and putting in seasonal flowers.

Both Geraldine and Judy have taken advantage of the weekly craft events. Geraldine lost 20 handmade quilts in the fire, but she has started anew by quilting with her new friends.

The transition will continue for both the Ragles and the O’Briens. Abrupt changes in life are always challenging, but finding friends and getting support at Baptist Village of Cleveland have made the ordeal easier to handle.

“The Lord was good to us,” said Bill. “We lost a lot, but we still have family.”

“I am grateful and thankful,” said Judy. “I didn’t know what we were going to do. This is a blessing to have somewhere to go, and this has exceeded our expectations. This is a great community environment with much to do, and it is exactly what Ed and I need right now.”

God does provide, even in difficult times—even more than expected.