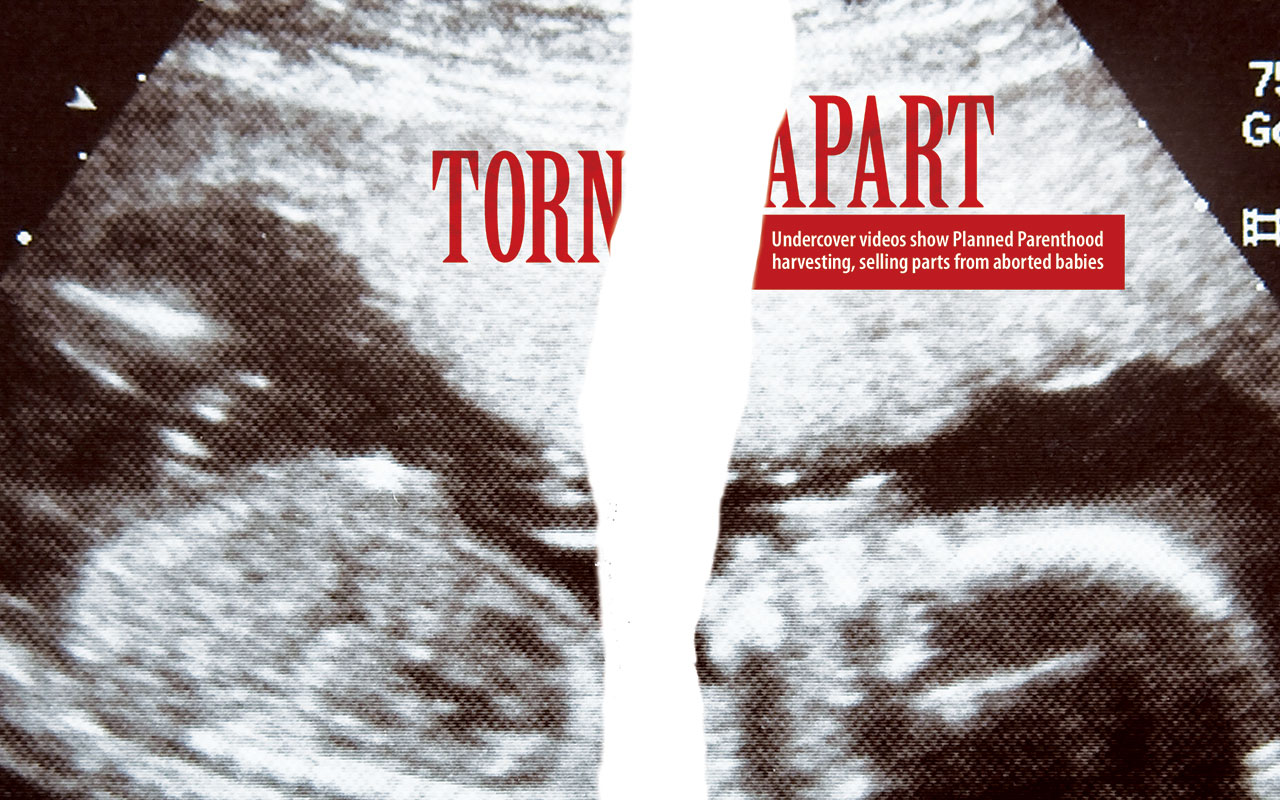 A series of undercover videos produced by the Center for Medical Progress (CMP), a nonprofit medical watchdog group, has been distributed on the Internet and reveal that Planned Parenthood, the nation’s largest abortion provider, has harvested and sold baby parts gained through partial-birth abortions.

When the video debuted, an immediate reaction was seen. The hashtag #PlannedParenthood trended in the top three nationally on July 14, social media expert Marty Duren said.

The social media backlash provoked by the CMP video, whose footage was obtained by an undercover investigator posing as a potential buyer of “fetal tissue.”

Planned Parenthood, defending themselves, claimed they donate the body parts for scientific purposes and do not receive monetary benefit, but CMP countered by publishing an advertisement delivered to Planned Parenthood abortion clinics by a biomedical company stating that supplying tissue is “financially profitable.”

/// Baptists, other Christian leaders wade in

Among the most active participants in the response has been Russell Moore, president of Southern Baptists’ Ethics & Religious Liberty Commission (ERLC).

He has written multiple commentaries on the issue. In one day, a commentary he wrote condemning Planned Parenthood’s actions was shared 22,000 times on Facebook and 4,000 times on Twitter, according to the ERLC.

Moore’s commentary said in part, “If this does not shock the conscience, what will? It is not only that infants, in their mother’s wombs, are deprived of their lives, but also that their corpses are desecrated for profit. This is not only murderous; it is murderous in the most ghoulish way imaginable.

“For years, many of us have called on government leaders to see to it that no taxpayer funds, of any kind, go to Planned Parenthood. Is it not clear that these are not health-care providers but pirates and grave-robbers of those who have no graves?”

Abby Johnson, a former Planned Parenthood clinic director in Bryan, Texas, wrote in a July 14 open letter published by LifeSiteNews that she opposes abortion, but also condemns “hate and vile comments about” Planned Parenthood executive Nucatola, the subject of the video.

Johnson, who spoke at the BGCO Rose Day in 2012, said “We want you (Nucatola) to find peace. We want you to find true happiness. We know that won’t happen as long as you are involved in Planned Parenthood.”

Johnson understands Nucatola’s perspective, she wrote, because she “used to be just like” her—a harvester of post-abortive baby parts.

“After a grueling abortion day, we would all go out for margaritas and Mexican food. We would talk about the day and specific abortion cases. It wasn’t gross to us. We honestly didn’t think anything about it. We would plainly talk about harvesting fetal parts as if we were talking about harvesting a field of corn. That was our normal. . . and we were proud to live in it,” Johnson wrote, with remorse.

The Planned Parenthood Federation of America receives approximately a half billion dollars of government funds each year from taxpayers.

Okla. Sen. James Lankford took to the Senate floor, calling his colleagues to act in defense of the unborn. Lankford lamented that a July 16 Senate committee hearing included “extensive conversation about the rights of orca whales” and “protracted conversation about horse slaughter and how horses would be humanely put down,” but the Senate has not discussed Planned Parenthood’s treatment of unborn babies.

“Why would this Congress . . . spend time today debating horse slaughter and debating orca whales, but yet we’ve become so numb to children that the other debate doesn’t seem to come up?” Lankford said July 16. “Maybe we need to start again as a nation, asking a basic question. If that’s a child, and in our Declaration (of Independence) we said every person . . . is endowed by our Creator (with) life, liberty, and the pursuit of happiness, maybe we need to ask as a nation again, do we really believe that?”

He added, “On a day that we passed an education bill, before we pat ourselves on the back saying how much we care about children, let’s make sure we’re dealing with a compassion for children at every age, not just at certain ages.”

Lankford introduced a bill on July 22 to defund Planned Parenthood.

A second undercover video released July 21 by the CMP, showing a Planned Parenthood doctor negotiating the price of baby parts obtained through abortion and discussing the possibility of varying abortion procedures to harvest intact organs.

At one point in the video, a woman identified as Mary Gatter, former president of the Planned Parenthood Medical Directors’ Council, speaks of using “a less crunchy technique” of aborting babies to preserve “more whole specimens.” She also jokes, “I want a Lamborghini,” when negotiating the price of baby parts.

According to CBS News, there will be as many as 10 videos released by CMP, exposing Planned Parenthood.  The videos have served as a disturbing wake-up call for the pro-life community. For continued coverage, visit www.lifenews.com or www.baptistmessenger.com.