The prayer challenge of ‘Bear’ Bryant 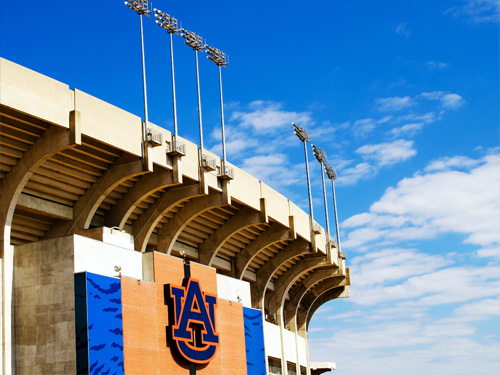 >> by Bill Beausay
Author of The Leadership Genius of Jesus 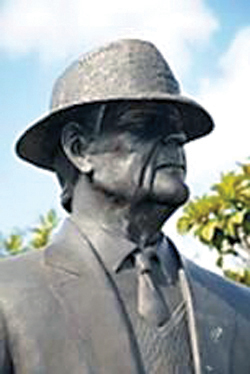 I’ve been a college football fan my whole life. The energy and sounds, the unrestrained excitement and vibe—the combination always drew me.

Not long ago, I had the chance to visit one of the epicenters of college football: Tuscaloosa Ala., for a speaking engagement. When I finished, I visited the Paul “Bear” Bryant museum on the campus of the University of Alabama. It’s not every day you get to spend a little time in the presence of a true legend.

For 25 years, this larger-than-life figure prowled the sidelines of countless football fields, decked out in a suit and tie and his trademark houndstooth hat, calmly spindling a rolled-up game plan in his hand, yelling motivation to his players. They won game after game, including six national football championships. He’s a monumental figure in Alabama, casting a profound shadow across time and history and thousands of lives.

What took me by complete surprise was something Taylor Watson, the curator at the museum, shared with me about this towering icon. Not known as being a particularly religious person, Paul Bryant carried a prayer in his wallet. He was known to frequently pull it out and read it to the individuals and teams he was coaching.

Now don’t get me wrong, I appreciate athletic coaches making attempts to bring divine presence into athletics, but I was a little skeptical. As a believer, it’s often difficult to take prayers of desperate coaches too seriously. Though I kept an open mind, I didn’t expect much.

I was pleasantly surprised. Something about this prayer really touched me. No, it moved me:

“This is the beginning of a new day. God has given me this day to use as I will. I can waste it or use it for good. What I do today is very important because I am exchanging a day of my life for it. When tomorrow comes, this day will be gone forever, leaving something in its place I have traded for it. I want it to be gain, not loss—good, not evil. Success, not failure in order that I shall not forget the price I paid for it.”

In several places throughout Scripture, Luke 5:16 for example, we learn that Jesus “often withdrew to deserted places and prayed.” Despite being dogged by frantic mobs and even the disciples themselves, Jesus often sought solitude in quiet places to immerse himself One-on-One with the Father.

I’ve often wondered what He prayed about. Maybe He came with a list of things He needed from God. Maybe He went silent and simply basked in the presence of His Father. Maybe He listened more and talked less. Maybe He simply prayed for a great day . . . and to use it wisely. One thing we can be certain of: He became filled in a way that made all His days powerful and intentional.

Do your prayers have that effect for you? I can only speak for myself when I tell you that too often my prayers fall far short of the Luke 5:16 standard. My life more often resembles a two-minute drill, filled with worry, anger, fear, blame, insecurity, self-consciousness and whining. Though I’m embarrassed to say it, at times my personal life shows it.

In a moment of brutal honesty, I had to ask myself if I was really willing to trade the gift of my days for something like whining?

In the moment it took me to read that prayer I decided the answer was an absolute no! The short prayer of Bear Bryant made me want to change my daily game plan to ensure that I made this very day one in which I would fill every second with intention and purpose. Make them count.

Sometimes, trading time for “gain, not loss—good, not evil. Success, not failure” isn’t so easy. Life is not something that gently rolls out before you like a yellow brick road as you merrily focus on your priorities. No, life is a participation sport where you’re constantly battered and challenged and disrupted by outside forces. The distractions and challenges make staying focused on good and fruitful things tough.

Here’s what worked for me. I decided to steady my attention on this simple idea of “The Big Trade.” I created a habit of focusing myself, repeating to myself, seeing in my mind over and over again the words “The Big Trade,” remembering that whatever I’m doing that instant is something for which I’ve traded God’s most precious gift of time.

I even took it just a little further. Although it might sound silly, I did what the “Bear” did.

I printed a copy of the prayer and put it in my wallet. Whenever I open my wallet, I pull it out and remind myself of “The Big Trade.”

Do yourself a favor and change your game today. Copy this prayer and post it somewhere that will be effective for you. Become determined to make your “Big Trade” one that honors God and thus one you’ll be happy you made.

Let this prayer be a thundering reminder that time is a precious gift from God. Let it move you to reconsider your day and how you spend it, and to try your best to make it count for something greater.

Let it rejuvenate your respect for this rare and beautiful chance at life we’ve all been given.