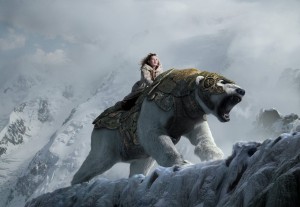 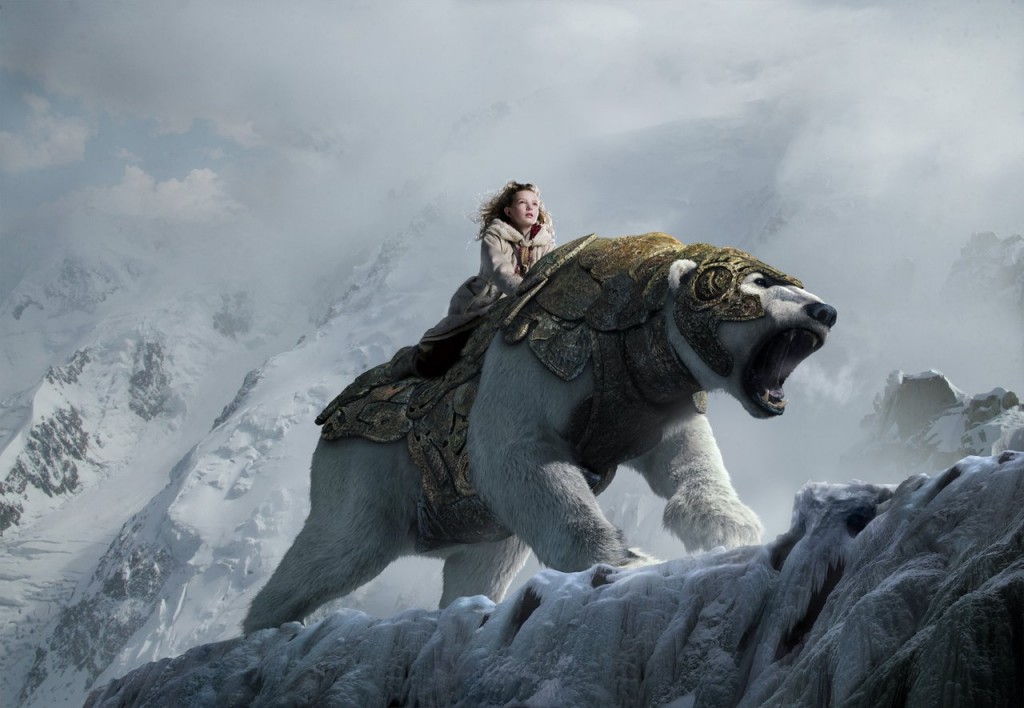 NASHVILLE, Tenn. (BP)-It’s a fantasy universe where witches are good, the church is bad, and at the end of it all, God dies.

It’s the world of author Philip Pullman’s His Dark Materials trilogy, and on Dec. 7 a movie based on the first book in that series, “The Golden Compass,” hits theaters. For weeks now, the movie has been the focus of e-mails from concerned Christians, curious if what they heard about it is true. In this instance -as even the truth-or-fiction Web site Snopes.com affirms-the rumors mostly are fact.

Pullman himself is not sure whether he’s an atheist or an agnostic, but his own words leave little doubt that he has a strong distaste for Christianity-at least Christianity as he sees it.

The entire series has been dubbed the “anti-Narnia,” with Pullman regularly expressing disdain for C.S. Lewis’ fictional world and even once calling it “propaganda in the service of a life-hating ideology.” He has sought to write a completely different fictional tale, and he has succeeded. He said in a 2001 interview, “I’m trying to undermine the basis of Christian belief,” and two years later told another newspaper, “My books are about killing God.” 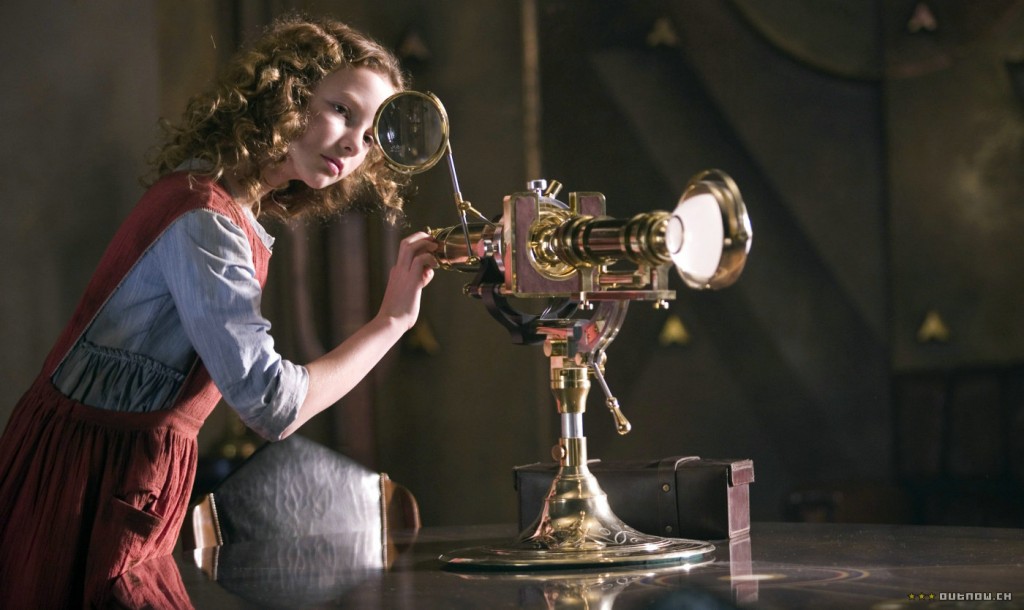 “What is particularly alarming to me about His Dark Materials is how it is aimed at children,” said Todd Fisher, pastor of Shawnee, Immanuel. “Children who read the Chronicles of Narnia get a distinctive taste of the Christian worldview. However, children who read His Dark Materials get a rather overt attack on Lewis and his Chronicles. The parallel is unmistakable for even a child to notice it. For example, Pullman’s trilogy starts out with a girl in a wardrobe who discovers much more than she bargained for. A principal character is Lord Asriel (instead of Aslan, the lion in Narnia). Asriel is most likely modeled after Satan in (John) Milton’s Paradise Lost and is a gentlemanly devil who plots to overthrow God. In any other novel, Asriel would be the villain, but not in Pullman’s work.

“What follows by Pullman is a world of friendly demons, rebellious angels (including one that is homosexual), and witches that are good (not evil). British columnist Peter Hitchens wrote in the Jan. 18 edition of The Spectator that Pullman, ‘has described the Narnia Chronicles as grotesque, disgusting, ugly, poisonous and nauseating . . . It is almost as if he wants to turn Narnia upside-down and then jump on it. While Lewis portrays rationalist atheists as comically ghastly and joyless, Pullman depicts priests as evil and murderous, drunk and probably perverted, and the Church as a conspiracy against happiness and kindness.’

“At the end of Pullman’s trilogy, Fisher continued, “God dies and the positive aftermath is a pantheistic worldview known as the “Republic.” At the center of this worldview is clearly man, not God, as the reigning power.

“Secularists are in love with Pullman because he has been able, through his page turning stories, to get the message of humanism and naturalism where it matters most-the impressionable minds of our children and youth.

“I sincerely hope that every parent will reconsider taking their children to see ‘The Golden Compass’ or allow them to read His Dark Materials. The books clearly portray a worldview that opposes God and Scripture. It is a worldview awash in the darkness of secularism offering no hope. As Hitchens puts it, ‘While Narnia is under the care of a benevolent, kindly creator, Pullman’s chaotic universe has no ultimate good authority, controlling and redeeming all. God, or someone claiming to be God, dies meaninglessly in the third volume of his trilogy. There is life after death, but it is a dark, squalid misery from which oblivion is a welcome release.’

“That is not the worldview set forth in Scripture and certainly not one we want our children to embrace.”

Since 2001, Pullman has been more toned down in interviews, perhaps because New Line Cinema has invested more than $150 million in the first installment and because it needs to be successful if the final two books are to make it to the big screen.

Launched in 1995, the book series has been wildly popular across the Atlantic and won several awards in the United Kingdom. In the U.S., Al Roker of NBC’s “Today Show” recently even made The Golden Compass, released in the U.K. as Northern Lights, part of his children’s book club. It is being sold nationwide in schools through Scholastic, which also is selling the other two books and claims the The Golden Compass is appropriate for grades four and up.

The movie itself focuses on a 12-year-old girl named Lyra and her daemon (pronounced “demon”)-her soul in the form of a talking animal. Everyone in her world, in fact, has a daemon, which could range from a monkey to a lion. Early in the movie, her friend, Roger, is kidnapped, and she sets out to find him.

The movie-rated PG-13 -reportedly avoids using the word “church” and instead calls it the “Magisterium,” a Roman Catholic term. Additionally, in the second and third books “God” is regularly called the “Authority.” The book and movie get their name from a golden device that can, acording to the books, determine truth itself.

In fact, the most anti-religious elements are found not in the first book, but in the latter two. Movie director Chris Weitz has said some of the more controversial ideas have been removed from the screen version of The Golden Compass to make it more palatable for the public. Weitz said his goal is to make sure controversial scenes and dialogue-critical to the plot-are included in any future movies.

“The whole point, to me, of ensuring that ‘The Golden Compass’ is a financial success is so that we have a solid foundation on which to deliver a faithful, more literal adaptation of the second and third books,” he said Nov. 14 on an MTV movie blog.

If that’s the case, then the next two movies could be even more controversial. For instance:

_ In the second book in the trilogy, The Subtle Knife, one of the main characters, Will, is told he possesses “the one weapon in all the universes”-a magical knife-that can “defeat the tyrant.” That tyrant, he is told, is “The Authority. God.”

_ In The Amber Spyglass, the third and final book of the series, Will is told-by two fallen, homosexual angels, no less-that “The Authority” has many names, “God, the Creator, the Lord, Yahweh, El, Adonai, the King, the Father, the Almighty.” These were names God “gave himself” even though “he was never the creator.” Instead, Will is told, the Authority simply was the first angel formed out of “Dust” and thereafter God proceeded to tell “those who came after him that he had created them.”

_ In another scene in The Amber Spyglass, one of the homosexual angels tells Will that churches “tell their believers that they’ll live in Heaven, but that’s a lie.” Instead, believers go to a “prison camp.”

_ In one of the final chapters of The Amber Spyglass, an ex-nun named Mary tells Will and Lyra, “The Christian religion is a very powerful and convincing mistake, that’s all.” Mary also tells them that after she learned there was no God, she soon discovered that “physics was more interesting anyway.”

One of Pullman’s apparent themes is that science and reason trump faith.

“I don’t think it’s a reach to say that faith and enjoyment are antithetical in Pullman’s worldview,” Adam Holz, associate editor of Focus on the Family’s Plugged In, told Baptist Press. “He seems to say that it’s impossible to have a life of joy, of pleasure, and be a member of the church.”

Pullman has said his biggest contentions with Christianity specifically and religion in general are the atrocities committed over the centuries in God’s name. That theme seems to have made it into the movie; the narrator in the trailer says the world of “The Golden Compass” “is dominated by the Magisterium, which seeks to control all humanity.”

“(I)f there is a God and he is as the Christians describe him, then he deserves to be put down and rebelled against,” Pullman told the Telegraph newspaper in 2002. “As you look back over the history of the Christian church, it’s a record of terrible infamy and cruelty and persecution and tyranny. How they have the bloody nerve to go on (the BBC’s) ‘Thought for the Day’ and tell us all to be good when, given the slightest chance, they’d be hanging the rest of us and flogging the homosexuals and persecuting the witches.”

The trilogy ends with Lyra, Will and their companions killing “God” and then resolving how their own relationship (they’re in love) will continue.