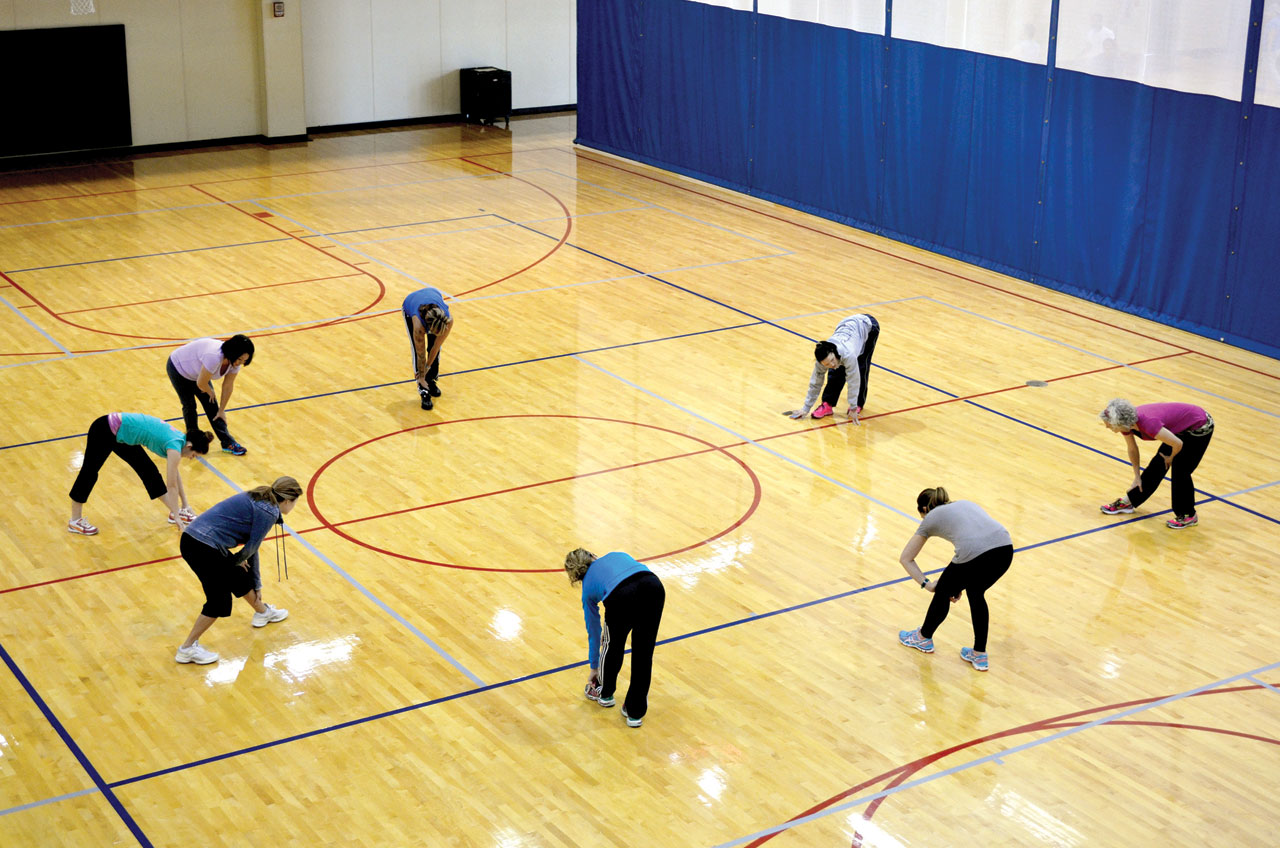 EDITOR’S NOTE: Reprinted with permission of the Florida Baptist Witness.

Potluck dinners, ice cream socials and Sunday morning doughnuts and coffee are staples of Baptist gatherings. They also can be a detriment to the health and physical wellbeing of those who are taking part.

And, while Baptists’ stances against alcohol and tobacco help many stay healthy, the benefits may be offset by the inattention to our diets and, in many cases, lack of physical activity.

At a time when churches are being asked to do more and more with less and less, what should their role be in helping members stay healthy? The answer is about as clear as an iced mocha.

According to an email response from GuideStone, at last year’s Wellness Center at the Baltimore meeting, 867 people took advantage of the health screenings. Of those, 44.2 percent were at “moderate to high risk of having cardiovascular problems.”

GuideStone also noted that “the most common factors that influence cardiovascular disease include high blood pressure, high blood cholesterol, diabetes, being overweight or obese and a sedentary lifestyle.”

GuideStone’s president, O.S. Hawkins, said: “Annually, many of our top prescription drug claims in our health plans are for medicines that treat diseases that are preventable, or at least managed more effectively, by watching one’s diet, getting adequate exercise and restorative rest.”

While sports and recreational activities seem to be popular ministries supported by many Baptist churches, these ventures tend to serve as community outreach events as opposed to intentional opportunities for church members to engage in healthy activities.

Some church members will take advantage of gym facilities or exercise classes offered by their church, but many will not.

Fort Walton Beach, Fla., First has a full-service gym facility called the Christian Life Center (CLC). For $45 per year, people can purchase a membership that will give them access to treadmills, elliptical machines, stationary bikes and free weights as well as classes like Zumba and Pilates and strength conditioning.

CLC also has an open gym for people to play basketball. They see about 50 people a day on the basketball courts, and between 1,000-1,500 people each week at the gym.

Travis Elliott, interim director of the recreation ministry at Fort Walton Beach, First said that despite the fact the church members get a membership discount, not many take advantage of the opportunity.

“Ninety percent of the people who participate are from the community,” Elliott said. “Members don’t utilize it like we thought they would.”

The situation at Brandon, Fla., First is similar. The church’s Ministries and Activities Center, known as the MAC, is a 50,000-square-foot building that operates under the umbrella of Brandon, First.

Rebecca Piatt, fitness coordinator at the MAC, said the pastor envisioned it as an opportunity for people to invite their friends to utilize the facility and then eventually invite them to church.

Piatt also leads a ladies Bible study that has a fitness component. Each week, about 35 women gather to open the Word of God and participate in an exercise class. But the majority of the women there are not church members.

Elliott said that he believes the church does have a responsibility to promote a healthy lifestyle among its members.

“As children of God, we need to take care of ourselves to be around to do what He wants us to do,” he said.

In a comment on the Florida Baptist Witness Facebook page, Mark Smith agreed, writing: “While every church is different, I think building gyms and launching sports programs is usually viewed as a form of community outreach more than something that is started to get people in shape. One aspect of physical fitness that is often overlooked is how it affects our availability to join God in His mission. A reasonable level of fitness ensures that we will be able to obey, no matter what God calls us to do.”

Miami, Fla., Riverside has partnered with Baptist Health South Florida in an effort to provide more comprehensive and intentional support to its members who are dealing with health and wellness issues.

Dale A. Young, director of congregational health at Baptist Health South Florida and a board-certified chaplain, said the integration of faith and health is key.

“Lots of organizations focus on health and don’t know how to integrate spirituality. They don’t understand the culture of the church,” Young said.

Baptist Health’s congregational health department works with 180 churches of all denominations in the South Florida area, including Riverside.

Cavell Walker, one of the leaders of the congregational health ministry at Riverside, said that the idea of the ministry was born out of a concern for a person’s total being.

“We are concerned not only about spiritual health but the overall wellbeing of our members,” Cavell said.

Even so, Cavell said that while there are church members who take advantage of some of the congregational health ministry’s offerings, such as weekly exercise classes and an annual health fair, the majority of people who participate come from the community.

It remains to be seen how quickly Baptist churches put more of an emphasis on physical health, but this much is known: More and more societal factors—from rising health-care costs to multigenerational family responsibilities—are causing people both inside and outside the church to put an emphasis on health.

Now if we could just start rethinking those potluck dinners.

Nicole is a writer for the Florida Baptist Witness.

View all posts by Nicole Kalil