Rite of passage: Title or Testimony? 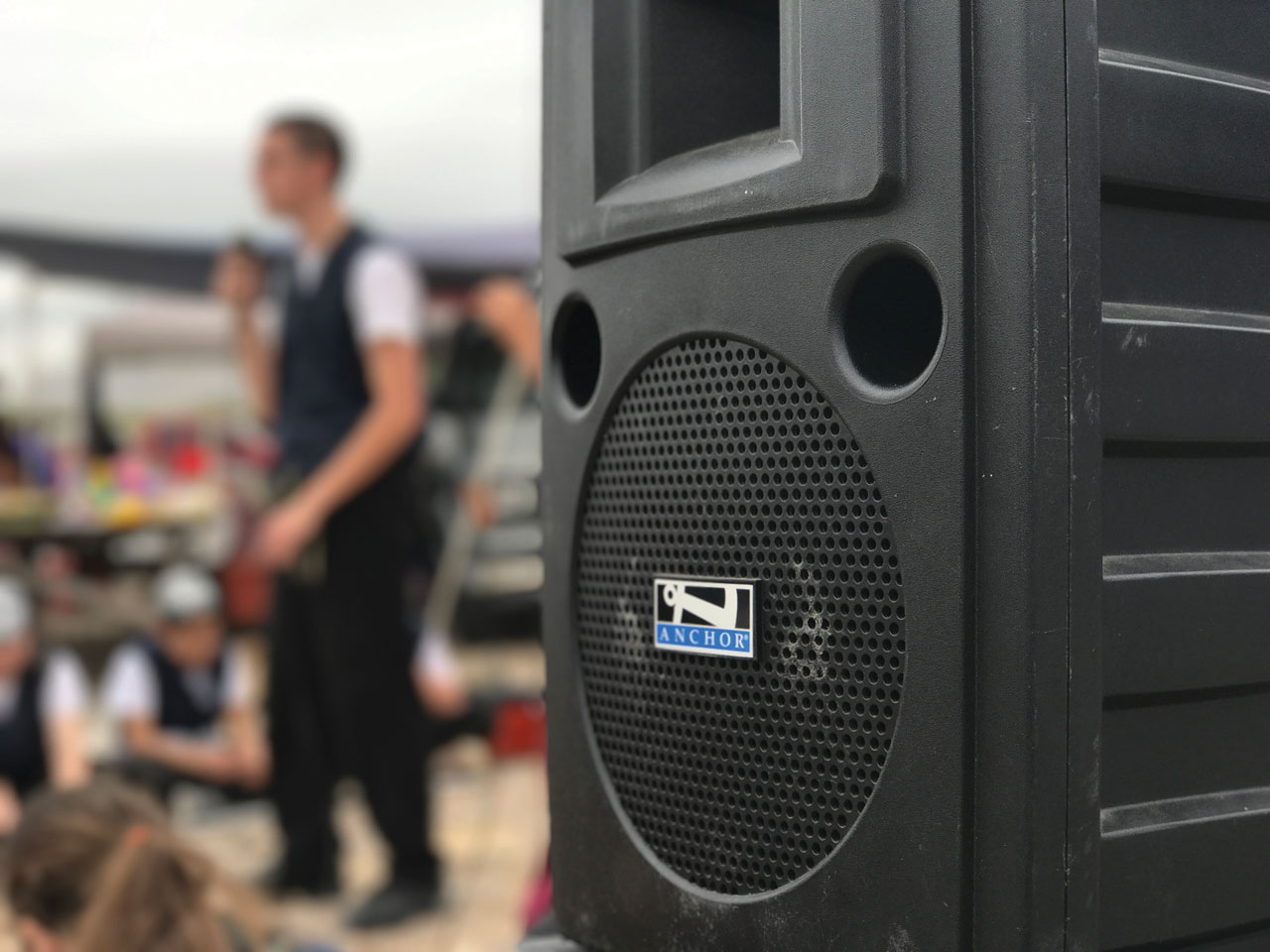 There are two things a person can strive for on this side of eternity: a title or a testimony. The difference between the two is very simple. A title is what a person has achieved; a testimony is what God does in and through a person. A title will go to the grave with you, and a testimony will become your legacy and live well beyond your earthly life. Just remember: Pharaoh had a title; Moses had a testimony.

As our ministry travels the world, we carry with us a portable public-address system. This system and the “Freedom” drama are the two main tools we use to preach the Good News of Jesus Christ. Our public-address system runs on two motorcycle batteries and is water-resistant, which comes in handy when we’re off the grid.

When we bought our first system, it came in a case the same color purple as Barney, the loveable purple dinosaur from the children’s program “Barney and Friends.” During our first summer, we pulled this purple trunk behind us, and it soon earned the nickname “Barney.” Cases now come in different colors, but the name Barney stuck, and 24 years later, Barney follows us wherever we go.

We’ve had some interesting moments with Barney. One day, we were going into a difficult country. The border guards pulled one of our students and the Barney case to the side, asking, “What do you have in that box?”

“Who is this Barney, and why do you have him stuffed in a box?” demanded the border guard.

Satisfied that Barney wasn’t a human being, the guards finally let our team enter the country.

I had some good friends, O.D and Eloise Strozier. I say “had” because they have both gone home to be with the Lord: O.D. in 1997 and Eloise in 2005. They were such a selfless couple, always thinking of others. On their wedding anniversary, they took the money they might have spent on themselves and gave it to a young couple who were just making it, asking the young couple to go out and have a nice dinner on them.

One year, my wife and I were the recipients of this gift. It was an incredible blessing to eat at a place where our food didn’t come in a Styrofoam box with a stack of paper napkins. I don’t know how long O.D. and Eloise did this, but I knew them for many years, and this was their regular practice.

I thought about the Stroziers this week when I happened to run into their son Randy and his wife, Janelle. They were celebrating Randy’s 60th birthday. It was a great reunion, and he was asking about our ministry. “Your mom and dad are still going with us,” I told him.

Janelle said, “That is the greatest birthday gift you could have gotten, Randy.”

What was I talking about? When O.D. realized it wouldn’t be long before he passed away, he wanted to do something that would live long beyond himself. He wanted to bring salvation to the world even after he had gone home to the Lord. He decided to buy our ministry a Barney that God would use in preaching of the gospel, and so we have an O.D. Barney. That was 20 years ago, and we still use it.

Eight years later, when Eloise went home to the Lord, she also asked that a Barney be bought in her memory. So for the past 12 years, both O. D. and Eloise Strozier’s Barneys have traveled the world: from Australia to China, The Gambia, Brazil, Peru, Panama and many places in between.

Everyone needs to ask themselves two questions: 1. What do I live for? 2. What I will die for?

Your answers, my friend, will determine whether you are seeking a title or a testimony. Which will you choose?