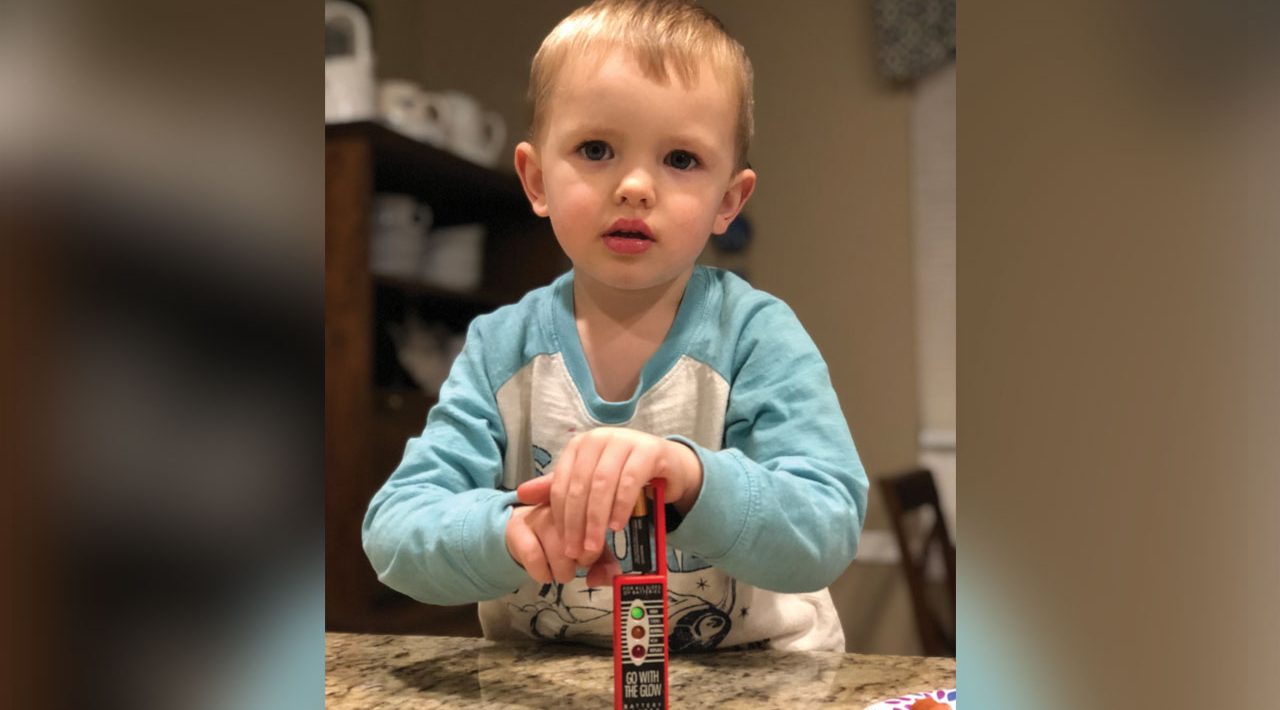 Titus the Honorable and I both like gadgets of any shape or size. We both have a hunger to understand how they work. He will sit beside me and watch with an eagle eye as I take something apart and repair it. He also asks a thousand questions while I disassemble something. “Poppy, what is that spring for?” “Where does this screw go?” His thirst for knowledge is far beyond his 4 years of age.

He and I have enjoyed fixing many things together. At this stage of life, he excels at taking things apart but hasn’t quite figured how to put them back together. If he is like his dad, that may not come for another 20 years.

Last week, Titus showed up at our house toting his newest gadget, an old battery tester. He couldn’t wait to show me how it worked. He looked at me and said, “Poppy, do you have any batteries in your house that need to be tested?” In his little mind, he had work to do, and that was to test everything in the house that contained a battery of any kind. It’s a good thing neither Grammy nor I have a pacemaker.

He would insert a battery into the tester, watch the arrow as it went up into the green zone and shout, “This one is good!” as if he were a driller striking oil. Every so often, he would put a battery in, and the needle would remain at the bottom, in the red zone. “Ahh, this one is dead,” he would say. He and I were now sitting at the kitchen counter with two piles of batteries: the good ones and the dead ones.

As he was testing the batteries, his dad came into the room and said, “Titus, have you told Poppy?”

Titus’ eyes filled with tears, and I could sense his heart getting heavy. He looked at me and said, “I got the battery tester from Grandpa Wayne.”

Little Titus broke down. Through his tears, he said, “I took it from him; I stole it. I am sorry, and I am going to take it back.” On their way home from Grandpa Wayne’s, he felt so bad that he confessed to his dad what he had done.

For the first time, I saw guilt and shame on that little boy. It was hard for this grandfather to see, because I know and understand that feeling. The little boy, normally so bright and full of life had, in that moment, been robbed of those qualities.

But that is what sin does. For the first time, Titus came face-to-face with the after-effects of sin: guilt and shame. God never intended for these emotions to be a part of our lives. Guilt says, “I did something bad.” Shame says, “I am bad.” When these two are internalized, they rob us of peace and joy.

When Adam and Eve disobeyed God in the garden, they knew firsthand the effects of guilt and shame, and now a little boy also knows. But we all understand what Titus was going through, because the Scriptures remind us “for all have sinned and fall short of the glory of God” (Rom. 3:23).

Guilt and shame cause us to hide in the shadows, making us fearful of stepping out to enjoy the abundant life God has for us. That is why He sent Jesus to take care of our sin problem and replace it with life. “The thief comes only to steal and kill and destroy; I have come that they may have life, and have it to the full” (John 10:10).

My little tinkering buddy, I am proud of you. First, you went to your father and confessed.  Second, you repented. You were truly sorry for what you had done. And third, you made amends to restore the damage you caused.

I hate to tell you this, but you will sin again. You came from a long line of sinners, with your Poppy being chief among them.

One of these days, you will need Jesus’ forgiveness. You see, our sins not only hurt others but go against God’s laws.

That is why God had to send his only Son, Jesus, who died on the cross to take away the penalty of sin.  Not only does Jesus forgive us, but He also makes us right with God: “as far as the east is from the west, so far has he removed our transgressions from us” (Ps. 103:12).

Titus, you and I like to take things apart, but don’t forget: Only Jesus can repair a broken life.