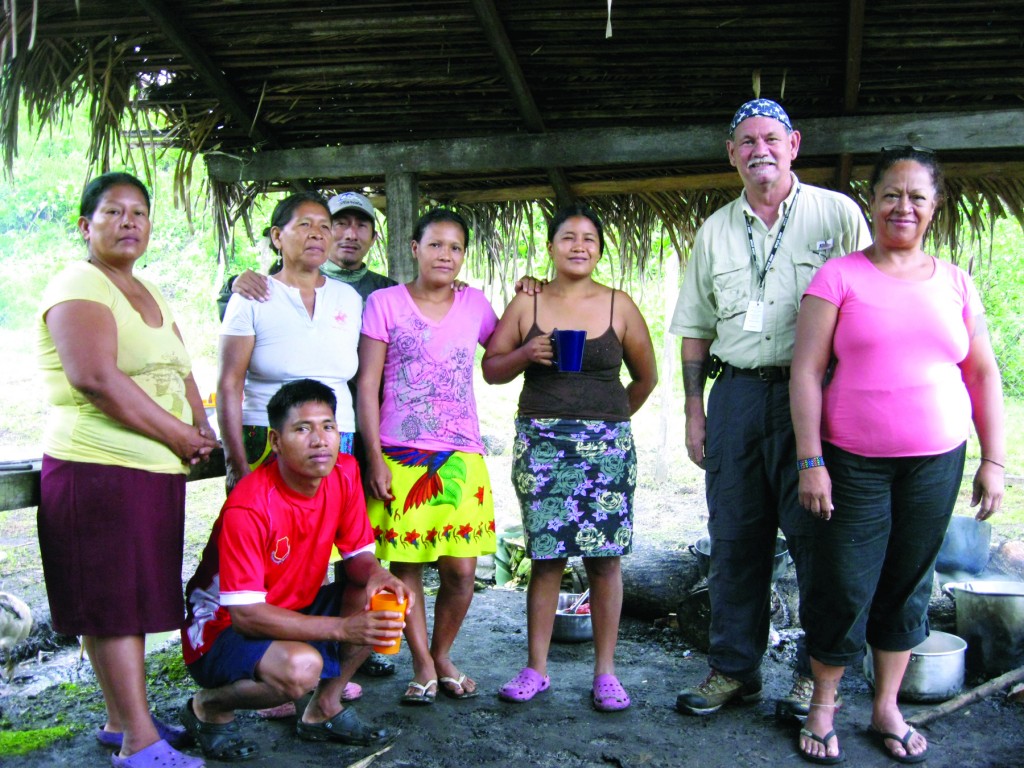 When a man runs out of things to write and the Holy Spirit hasn’t shown up to give him something fresh, there’s only one thing he can do, and that’s write about “Duck Dynasty.”

This week, I got a call from my seven-year-old great-niece, Victoria. She was driving home with her parents after spending three days at Disney World. “How was it?” I asked.

“Better than I ever dreamed,” she
replied. “Tell your Uncle Walker all about it,” I said.

She told me a few little things and then grew quiet.

“Do you watch ‘Duck Dynasty’?”

I didn’t know what to say. It’s like your mom asking you if you have on clean underwear, and you’re 37. Some things you just don’t want to share out loud.

She took off. “Did you see the one where Uncle Si … ?” For the next 10 minutes, she talked and laughed about one funny story after another she’d watched on “Duck Dynasty.”

After three days at the Magic Kingdom, all a little girl wants to talk about is “Duck Dynasty”? It wasn’t too long ago when people got together and talked about their families or the latest news, weather or sports. Those days are long gone. If you haven’t watched an episode of Duck Dynasty, you may as well move to a third-world country where you can’t speak the language. You’ll fit in better and have more to discuss.

You can’t go into a store these days without seeing the “Duck Commander” brand on every shelf. You can buy everything from a reproduction of Uncle Si’s plastic green Tupperware cup to Phil Robertson’s Cajun Style Zesty Seasoning® to hunting supplies and clothing. After all, every baby needs a onesie with “Happy, Happy, Happy” emblazoned across the front, right?

You have to wonder why this show is so popular and reaches such an array of people. A seven-year- old who wants to talk more about it than Disney World, a successful businessman—all make time each week to join the Robertson family as they walk out their lives. And why has it become the most-watched TV show in cable history, with the fourth-season premier drawing in 11.8 million viewers?

It’s a show about a real family laughing, loving, studying God’s Word and praying together. I believe this show takes older viewers back to a day when all families were like that. Maybe we didn’t build duck calls, but we worked on a farm alongside our dads and granddads. At the end of the day, we spread out a feast, and the family sat around the dinner table holding hands. We thanked God for the rain He had sent to grow our crops and for working together to bring in the harvest. I’ll never forget the end of each prayer. Whoever was praying would ask God to bless the hands that prepared the food.

I think younger viewers are mesmerized by watching family members interact in fun, positive ways. At the end of each episode, the Robertsons gather at Phil’s house. The children and grandchildren sit around the table as they close the show with prayer. I heard the producer wanted to take that out, but the family refused to do the show if their faith was removed.

I’ve thought about doing a television show myself. Since I spend part of each year living in a hut with 20 or more teenagers at a time in the jungles of Panama or the deserts of Africa, I’d call it “Hut Dynasty.” There in the hut, something happens. We become a family, a deeply-knit family with shared victories and hardships. We have about as many antics as the Robertsons, but in the end, it is all about faith, family and sharing Jesus.

Mom and Dad, Grandpa and Grandma, I can’t begin to tell you how important it is to encourage your children and grandchildren to go on one of our Awe Star mission trips. We take them away from computers, cell phones and televisions and teach them how to live as a part of a family. They learn to engage in talking with one another, praying for each other and giving up something to better the group.

Yes, Victoria, there are families that still act like families. And Uncle Si says to tell you “Hey.”