Rite of passage: His Divine Appointment 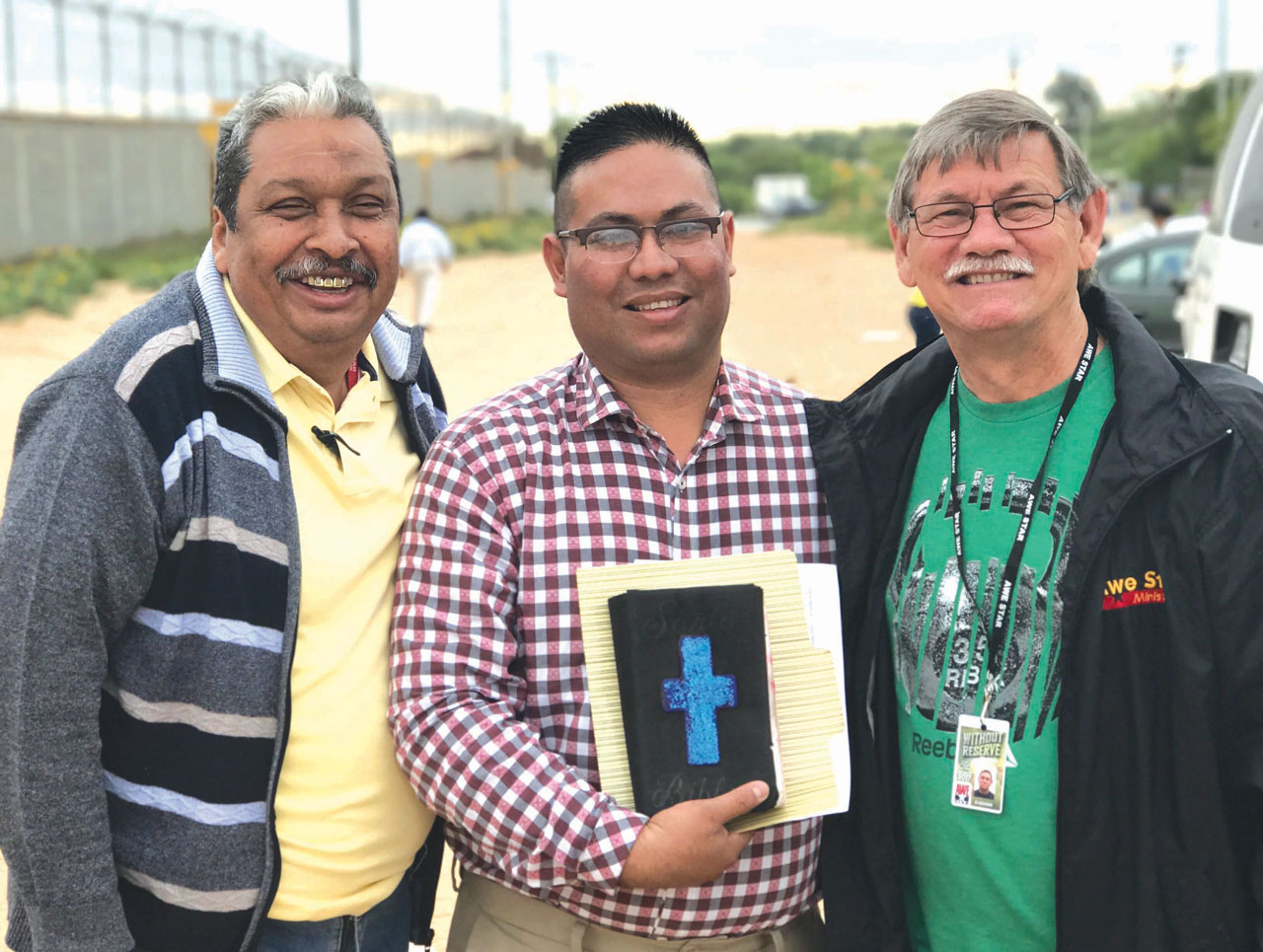 I can tell you story after story of these experiences, and each time, I’m caught off-guard when He shows up. I call them God’s serendipities, and I had another one last week.

This story began years ago, when I was invited to share the Gospel inside the maximum-security prison of Nuevo Laredo, Mexico. Our ministry presents a drama called “Freedom,” which is a form of chronological Bible storying. It starts with the creation in Genesis and goes through the resurrection of Jesus Christ.

The story centers around a king, an evil knight, a good knight and the people of the land. The drama includes a dragon, costume changes, sword fights and of course a death, burial and resurrection. The track is pre-recorded in 62 different languages, and our students act out the story.

In almost every country where we serve, we make the news. We often find ourselves being interviewed on national television and showing up on the front page of the newspaper, and then the crowds that come and see us are even bigger.

On this day in the prison, we had just finished sharing the Good News with a large group of men. Unbeknownst to us, one of the prisoners, a member of the Mexican cartel, was watching through a second-story window. As he watched, the Holy Spirit washed over him, and He felt a call to repent from all the bad things he had done.

There, looking out of the window, he made Christ the Lord of his life. From that moment on, he began to proclaim Christ’s love to others.

That young man’s name was Hugo. He had been sentenced to 13 years in prison, and he began to pray that God would let him out early so he could plant churches and spread the Good News.

One day, he was called into the prison office and told he would be dismissed. He still had 10 years of his sentence left to serve, but for some reason, they let him go. Hugo started a church and still comes back to the prison to preach the Gospel to the members of his former cartel.

So Hugo, a prisoner set free by Jesus, goes back into the darkness and tells others about the abundant life. It had been several years since I had seen him; in fact, I lost his contact information when I got a new phone.

Recently, I was back in Nuevo Laredo with a mission team and asked our local contacts if we could return to the prison, but they told me it was impossible. “The prison is in turmoil,” they said. “It’s not safe for an outside group to come in.”

The reason it’s in turmoil is because they don’t know the Prince of Peace, I thought. I prayed a simple prayer, asking God to open the door because I longed to get back in.

The next day, I had to go to the grocery store. I was doing my shopping when I realized I had forgotten to leave something with a student. As I was running out of the store, another man was coming in, and we both stopped. The man was Hugo!

We stared at each other for a nano-second, and he said, “Would you like to go into the prison on Thursday?” He was planning to go minister that day and wanted to know if our team could go with him.

“I was told there was a lot of unrest right now,” I said.

“I’ll take care of it,” he responded.

On Thursday morning, Hugo went to the prison early and asked the members of his former cartel to be our security detail. We entered the prison on Thursday and presented the Gospel in four quads. The whole time, we were under the protection of a Mexican cartel.

“What brought you to the grocery store that morning?” I asked Hugo later.

“My computer went down, and I had a document I needed to send out. I knew the store had an internet café I could use,” he said. “What were you doing running out of the store?”

“I forgot to give a student something, and I thought of it as soon as I started shopping.”

We looked at each other with a twinkle in our eyes, realizing God had turned our disappointments into His divine appointment.

“Do not be anxious about anything, but in every situation, by prayer and petition, with thanksgiving, present your requests to God” (Phil. 4:6).