Rite of passage: Heart of a hero 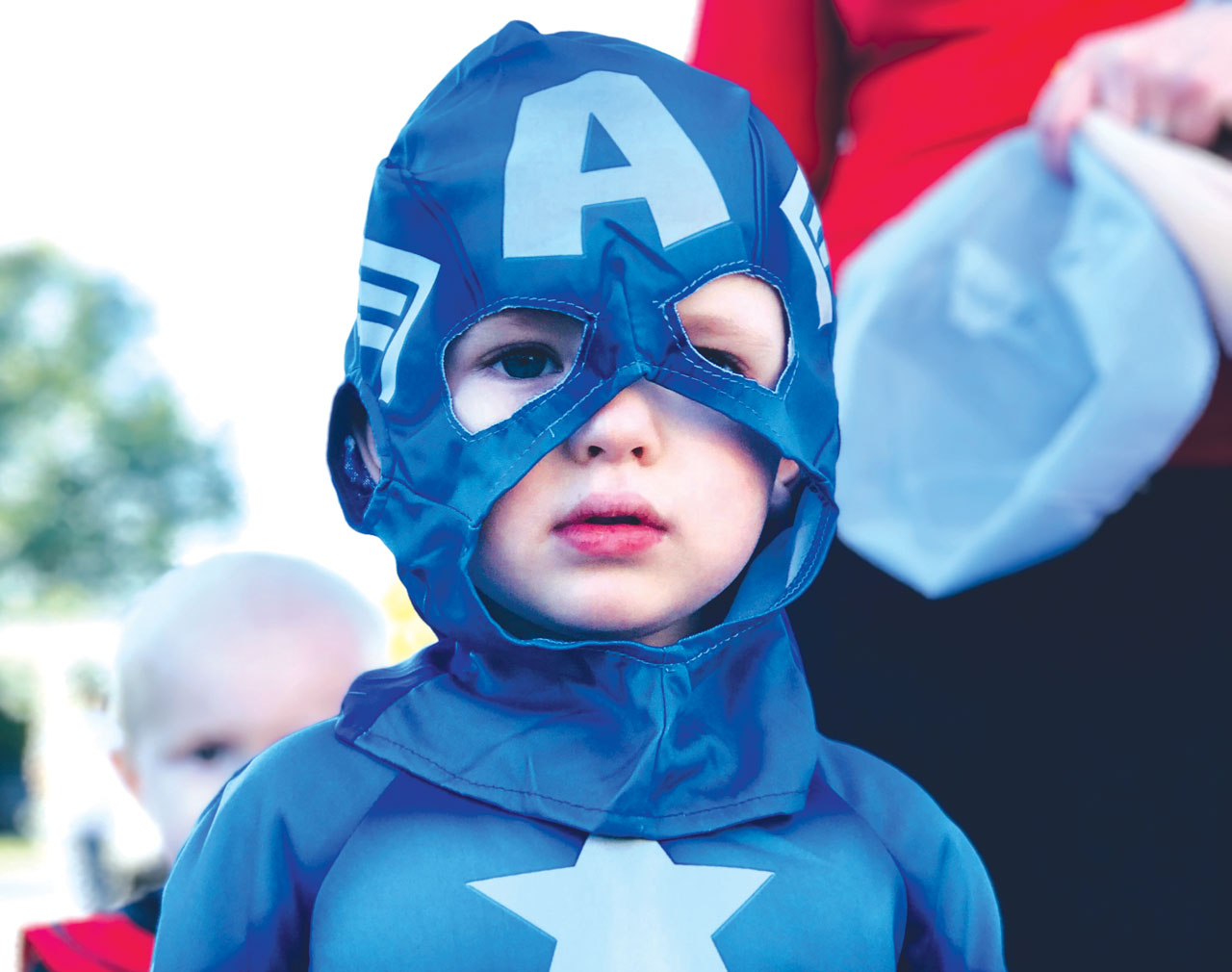 I am not a big fan of the holiday we call Halloween. I don’t like scary things or those that glorify the underworld. My philosophy has always been to keep my eyes upon Jesus, and everything else will fall into place.

Like many other churches, my church, Tulsa, Parkview, holds an alternative to Halloween called “Trunk or Treat.” The purpose of this event is to reach out to the unchurched in our community. The church parking lot is turned into a sea of games and fun. Many of the games are played out of church members’ cars or trucks. Old-fashioned amusements like ring toss, bean bag throws and the ever-popular face-painting always draw a big crowd.

This year, Titus the Honorable and Cohen the Goodhearted participated in many of the activities. Titus is at the age where he is interested in superheroes. This year, his choice of costume was Captain America, and he showed up strutting his superpower stuff.

My dear Titus, you look magnificent as a 30-pound superhero. But, beloved young sir, I want to share some of Poppy’s hard-earned wisdom with you. It’s not a costume that makes someone a hero; it’s their heart. Superheroes are fun and exciting, but I would rather you be just a hero. You are surrounded by heroes, but right now, you are too young to recognize them. Let me point out a few.

Did you know your daddy is a hero? Last month, you and he were driving to another city where your dad was going in view of a call to a new church. On the way, he passed a woman whose car was broken down. She was trying to push it to an exit ramp while her little girl attempted to steer. Your daddy pulled over, and even though he is not big in stature, he got out. With all his might, he helped her push the car another quarter-mile until they could safely get it off the freeway.

Your dad had dressed in his Sunday best for the interview, but he arrived at the church looking as though he had just run a marathon. They still hired him (smart church).

And Titus, did you know your mommy is a hero, too? Even when you were a tiny baby, she knew some folks who didn’t have a roof over their heads. She invited them to move into your home until they could get on their feet. Your house was small, but she made room for the guests. And in your short life span, your parents have hosted live-in guests more than once.

Your Uncle Jeremy and Aunt Erin are heroes, too. Uncle Jeremy is a high school teacher, and one day, one of his students came to class with a cut across his face because his mom had tried to stab him with a knife. Uncle Jeremy wanted to help the young man, so he moved him into their home and took care of him until he graduated from high school. Then, he helped him get started in college. Aunt Erin started a race in Forney, Texas, to benefit boys and girls who want to go to college. She enlisted sponsors, raised money and organized the events. You have lots of heroes in your family.

You already knew this, but the greatest hero of all is Grammy. She has worked behind the scenes to take care of thousands of students and missionaries. One of her gifts is cooking for those who serve Jesus. In Mexico, Grammy would be stuck in a tiny kitchen, cranking out hundreds of meals three times a day with only a hotplate. There was no air-conditioning, and it was so hot, all she had to do to make toast was lay out the bread. Under those conditions, she has cooked thousands of meals for students and missionaries. And that’s just one of the many things your grammy has done to help others through the years.

Titus, I want to help you understand the difference between superheroes and heroes. Superheroes are pretend, and heroes are real. A hero does what they do from their heart because of their character.

There’s that word “character” again. I know it’s hard for a 4-year-old to grasp, but I think I might have a way. You know when you have a candy bar, and you see another child who looks hungry? When your first thought is, “I would like to give that child some of my candy bar”—that’s character.

When your heart wants to do as Jesus would, you are developing character. And those who live by character are true heroes. “The King will reply, ‘Truly I tell you, whatever you did for one of the least of these brothers and sisters of mine, you did for me’” (Matt. 25:40).