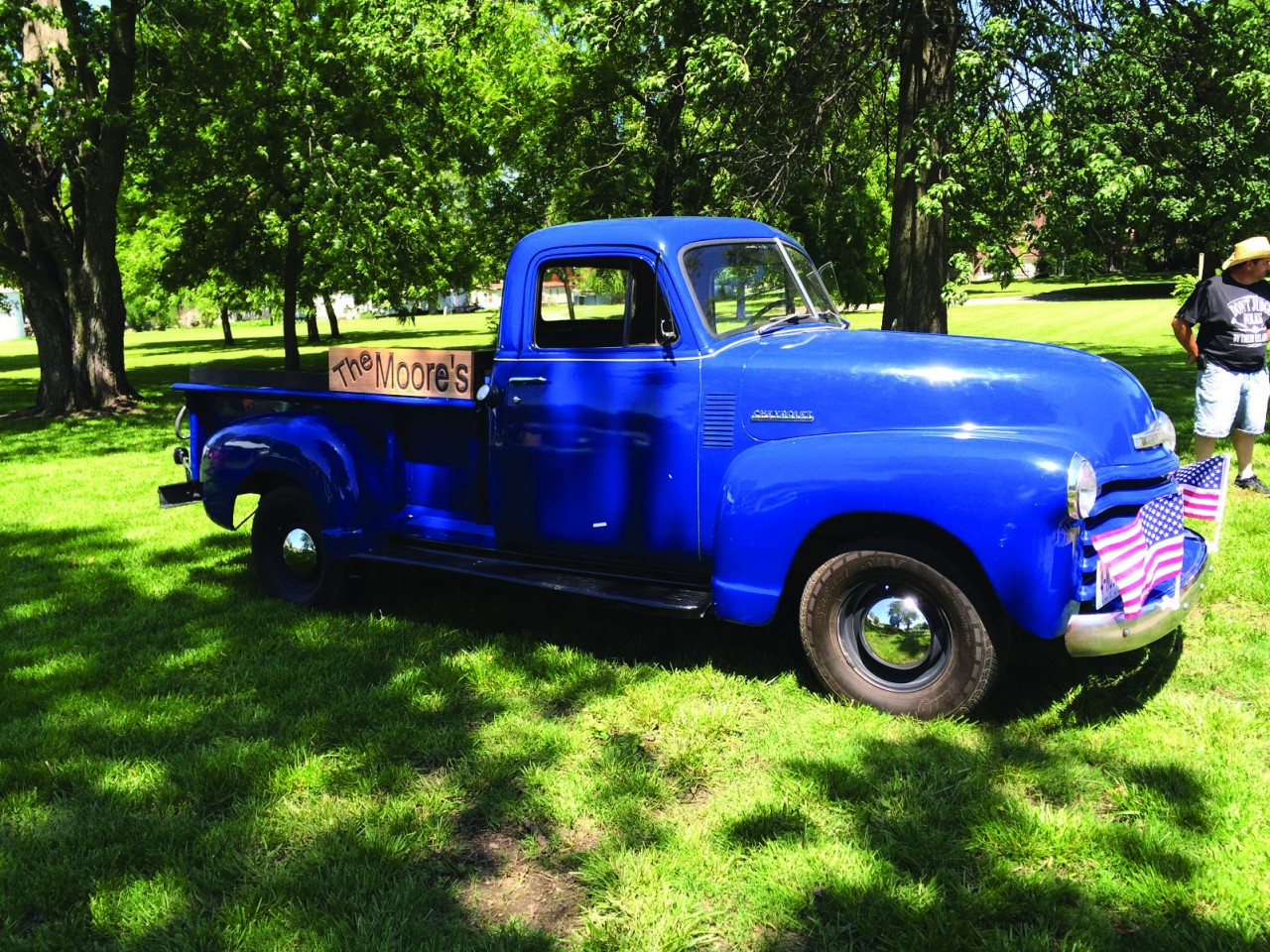 I’m going out on a limb here, but I believe every family tree has a crazy uncle hiding among its branches somewhere. Discovering your family heritage is a beautiful thing, but don’t be surprised if you find some nuts along the way. And if you don’t know of any, you may be the one. Remember, it’s the nuts that make the tree worth shaking.

And you guessed it: I, too, have one of those crazy uncles. Actually, I have more than one, but I am only going to share about one: my Grandma Moore’s brother, Richard.

When my mom passed away, my Great-Uncle Richard was deeply grieved. He was in his 90s and lived in an assisted living home. Even though there was a great distance between where he lived in California and where my mom lived in Missouri, she had always kept in contact with him.

My uncle wanted nothing as much as to attend her funeral, so he began to survey his options. Flying cost too much, so he checked into taking an Amtrak train from California to Kansas City, Mo. It made 24 stops and took a day and a half. He knew if he drove himself, he could beat that time.

If I remember correctly, Uncle Richard had an old Datsun pickup that looked like it should have been driven to a junkyard instead of down the highway. But he was determined to attend Mom’s funeral. He drove all day and night from California to Missouri. Once when he got out of the car to fill up with gas, the station attendant called the police, thinking he was drunk as he wobbled in to use the restroom. But Uncle Richard wasn’t drunk. “When you’ve been sitting for 12 hours, your legs get a little numb,” he explained to the officer.

The police let him go, and he continued driving. A little more than 24 hours later, he pulled into my parents’ driveway, and we all ran out to greet him. Steadying himself as he clambered down from the pickup, he looked at us, grinning, and said, “I beat Amtrak by 15 minutes!”

He had driven 1,507 continuous miles, he told us. The seven extra miles came because he got a little turned around on one of the highways. But he made it to the funeral with time to spare.

The day after the service, we asked Uncle Richard what he would like to do. He had one request: he wanted to go riding in the cornfield. The corn had been harvested, and all that was left were ridges of dirt. There are two ways to drive in a cornfield: parallel with the ridges or perpendicular to them. Uncle Richard chose the perpendicular route.

We took our 1951 Chevrolet pickup (which our family still owns) and drove across the field with Uncle Richard bouncing all over inside the cab. After we made one pass, he asked, “Can we do that again?” Laughing uncontrollably as he bumped from one ridge to the next, Uncle Richard was having the time of his life. So yes, I do have a crazy uncle in my family.

But what would make a man in his 90s want to drive halfway across the United States to attend a funeral? I can think of only one reason: love. The love he had for my mom and for her family.

I have often wondered why would Jesus leave Heaven, come to this world, live a sinless life and then allow Himself to be crucified in such a horrific way? I can think of only one reason: love.

The apostle Paul describes it best: “But God demonstrates his own love for us in this: While we were still sinners, Christ died for us” (Rom. 5:8). And he continues talking about the love God has for us in Rom. 8:35-39. He asks a question, “Who shall separate us from the love of Christ?” (Rom. 8:35a). Next, He lists things that you might think would come between God and us: trouble, hardships, persecution, famine, danger, angels or sword. But he ends this passage by concluding that there is nothing, absolutely nothing, that could ever stop God from loving us.

Yes, my crazy Uncle Richard demonstrated his love toward my mom by driving 1,507 miles to attend her funeral. But many people think my God is crazy because He sent his Son all the way from the eternities to the present just to show us He loves us.

I don’t know about you, but I’ll take that kind of crazy any day.