Pastors urged to ‘Stay on the wall’ 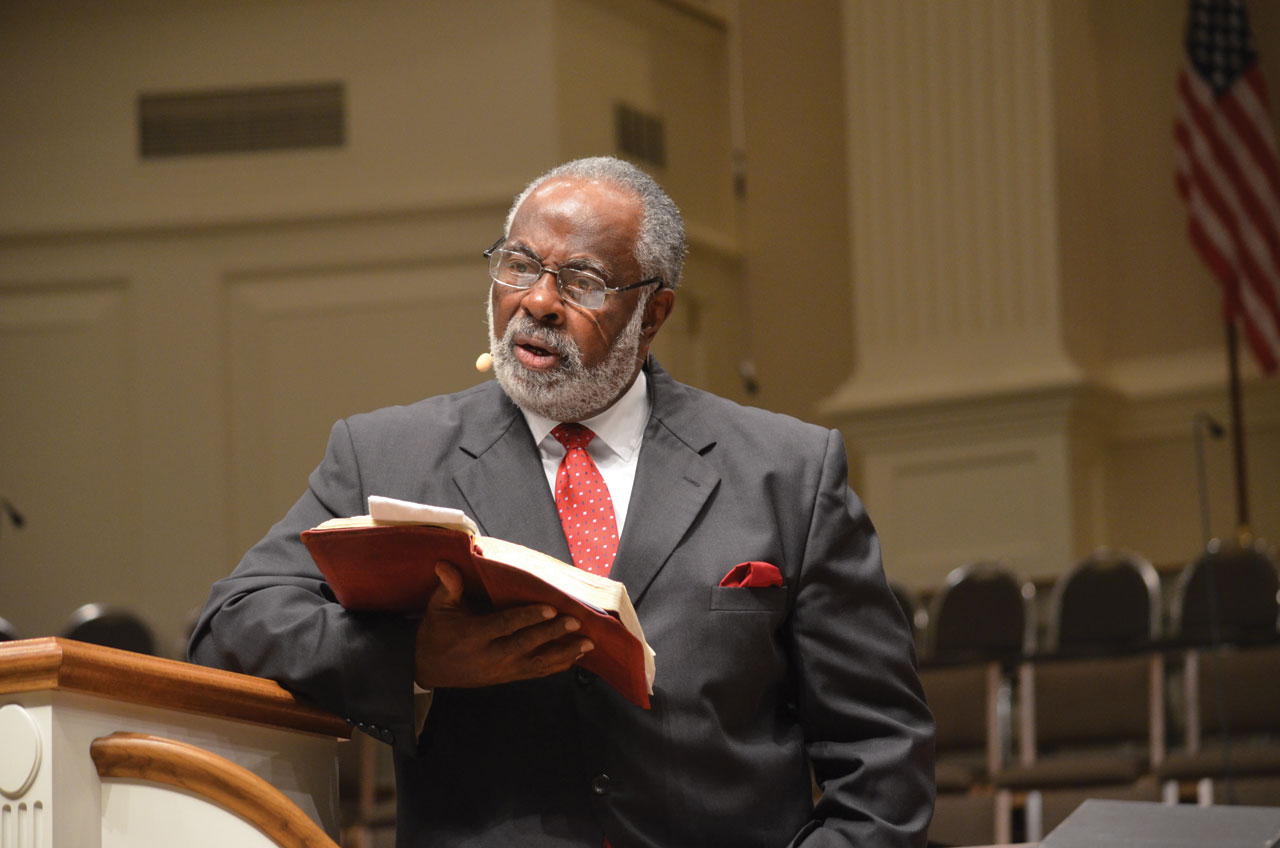 Pastors and others in the ministry were encouraged by the determined effort of Nehemiah to finish his work in rebuilding the wall around Jerusalem during the annual Pastors’ Conference prior to the 109th Annual Meeting of the Baptist General Convention of Oklahoma.

Meeting Mon., Nov. 9 at Oklahoma City, Southern Hills, attendees heard from an impressive lineup of nationally-known and in-state pastors, who exhorted them to keep “Staying on the Wall,” the theme of the conference, which had as its theme verse, Neh. 6:3a, “I am doing a great work, and I cannot come down.”

Powerful video testimonies also were presented by state pastors Jeremy Freeman, Newcastle, First, who shared about the loss of his son, Trey, to a rare form of cancer; Dave Willets, from Tulsa, GracePoint, who spoke on the loss of his wife, Leesa and daughter, Lauryn, in a traffic accident, and Shane Hall, pastor of Del City, First Southern, who shared about his personal struggle with cancer.

Each of the speakers and those who gave video testimonies encouraged those present to remain steadfast in their calling from God, referencing the determination of Nehemiah to finish what God had called him to do—finish re-building the wall—despite those who tried to distract him from his work.

Melton reminded those present that being on the wall, “takes us back to being sent,” by the Lord. . . ”Far beyond to a cartain place, we are called to Him.”

He added that those who are called to the work of the Lord are “called to Him. Our work is centered on the person of Jesus Christ. . . . I am not a disciple of a denomination, but of Jesus Christ.”

Finally, Melton said, since we are called, “we get to do what Jesus was doing, we get to share the Gospel.”

Merritt spoke on encouragement, relating a story on how he once spent an hour with Billy Graham, and told the evangelist how much his ministry had meant to him. He later was told by a Graham associate that his encouraging visit had meant a great deal to the aging Graham, who had been virtually despondent at the time.

“Ministry is not easy,” Merritt affirmed. “More than 1,200 pastors leave the ministry every month.”

But, he said, Nehemiah “stayed on the ladder; finish what you have started, and don’t lose heart; stay focused on where you’re going. God wants you focused; Satan wants you finished!”

As to those who think they may not be making much of a difference by serving in a small church or town, Merritt said, “Nehemiah said ‘I am doing a great work.’ Any work is a great work, if it is a work God has called you to do.”

And, as for those who would seek to discredit you, or want you to compromise your beliefs, Merritt concluded, “The cost of compromise is too great when the price is disobeying the Word of God . . . It’s always right to do right!”

Smith focused on Paul’s preaching on Mars Hill in Athens and how he was determined to preach to a “disinclined audience,” yet he spoke boldly to the Greeks and as he revealed to them Who the “Unnamed God” they had included in their worship really was, God’s glory was revealed, and some came to believe.

Moore led off the afternoon session of the Pastors’ Conference. His sermon was titled “Hang on” as he spoke from Exodus 15. Moore shared a story of a time he was with his staff and thanked them individually for their faithfulness in serving the Lord.

“I went around the table,” Moore said about his staff meeting, “and when I got to the end, something was happening I did not anticipate. There wasn’t a dry eye in the room. Every one of those ministers on my staff and every one of those assistants were weeping. From the rest of that day and to the next day I got personal texts, emails and personal visits saying ‘Thank you pastor. You’ll never know how much I needed to hear I was making a difference for the glory of God.’”

Wall gave a reminder that “God has called us (pastors) to lead His church during these difficult days.” His sermon was based on Samson in Judges in 13 and he spoke on “Samson Alarms.” With Samson’s example, Wall pointed out how Samson forgot the significance of his calling, flirted with sin, ignored the boundaries and pushed away accountability.

Wall also gave challenges he received from Jack Graham, pastor of Plano, Texas, Prestonwood, which included listen to your wife, always surround yourself with people you don’t impress and make sure your private life matches your public proclamations.

Matte concluded the Pastors’ Conference preaching from Isaiah 6. He gave four steps of being an “Unstoppable Pastor.”

Matte said “unstoppable pastors” are amazed by the Lord, realize the difference between God and man, trust in a graceful touch from God and model and teach a willing heart and life.

Matte also offered his recently-released book, Unstoppable Gospel: Living out the World-Changing Vision of Jesus’s First Followers as a door prize. Matte is featured in an upcoming Messenger Insight podcast. Visit baptistmessenger.com in the coming weeks to download the podcast.