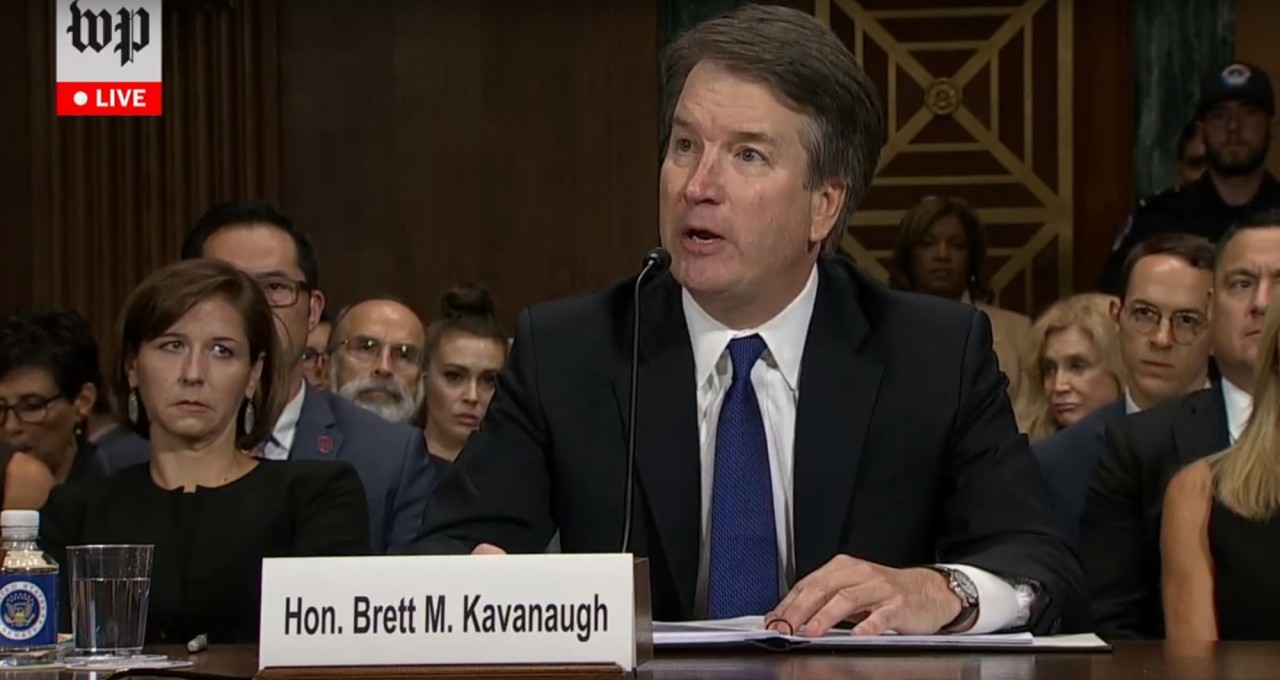 WASHINGTON (BP) — The U.S. Senate Judiciary Committee forwarded the nomination of Brett Kavanaugh along deeply divided party lines Friday afternoon (Sept. 28) but with the understanding a floor vote on his confirmation would be delayed for a FBI investigation into a sexual assault charge against the nominee.

The Judiciary Committee voted 11-10 in support of Kavanaugh, reflecting the makeup of the GOP-controlled panel, a day after a divisive hearing on an accusation against the nominee from his teenage years.

Shortly before the vote was to be taken, Sen. Jeff Flake, R-Ariz., huddled with Democratic committee members. After he returned to the committee, Flake requested the delay by the full Senate.

“I think it would be proper to delay the floor vote for up to but not more than one week in order to let the FBI do an investigation limited in time and scope to the current allegations,” Flake said in an apparent reference to an accusation by Christine Blasey Ford against Kavanaugh. The Senate should “make sure that we do all due diligence” with such a significant nomination, he said.

Flake said he would vote to advance the nomination out of committee with such an understanding. As Flake acknowledged, however, Senate Majority Leader Mitch McConnell is not bound by his request.

Before Flake’s move, the Senate had been expected to hold a confirmation vote possibly as early as Monday in a fight over President Trump’s nominee. With a 51-49 majority, the Republicans cannot afford to lose more than one vote unless a Democratic senator supports Kavanaugh. If the roll call deadlocks at 50-50, Vice President Mike Pence would be able to cast the tie-breaking vote for confirmation in his role as presiding office of the Senate.

In a hearing in which Democrats repeatedly called for a FBI investigation, Ford and Kavanaugh testified separately regarding her allegation that he attempted to rape her when they were in high school. In testimonies that were sometimes emotional, both emphatically said they were telling the truth.

Ford — a professor at Palo Alto (Calif.) University who teaches clinical psychology to graduate students — said she was forced into a bedroom during a party in the early 1980s in a suburb of Washington, D.C. With a friend of his watching, Kavanaugh restrained her on the bed, she said.

“Brett groped me and tried to take off my clothes,” Ford told the committee. “He had a hard time, because he was very inebriated, and because I was wearing a one-piece bathing suit underneath my clothing.

“I believed he was going to rape me.”

When Ford yelled, Kavanaugh “put his hand over my mouth to stop me from yelling,” she said. “This is what terrified me the most and has had the most lasting impact on my life. It was hard for me to breathe, and I thought that Brett was accidentally going to kill me.”

Sen. Dianne Feinsten, D-Calif., the leading minority member, asked Ford if this could be “a case of mistaken identity.”

Kavanaugh, 53, told the panel, “I’ve never sexually assaulted anyone, not in high school, not in college, not ever. Sexual assault is horrific.

“I swear today — under oath, before the Senate and the nation, before my family and God — I am innocent of this charge.”

The nominee appeared angry and defiant in his opening statement and some of his responses to Democratic questions after nearly two weeks of controversy.

Since Ford’s allegation and additional accusations have been made public, “my family and my name have been totally and permanently destroyed,” Kavanaugh said.

“This confirmation process has become a national disgrace,” he said. “[Y]ou have replaced advise and consent with search and destroy.

“You may defeat me in the final vote, but you’ll never get me to quit. Never.”

Ford said of her failure to report the alleged assault earlier, “I convinced myself that because Brett did not rape me, I should just move on and just pretend that it didn’t happen.”

Others whom Ford said were at the party in question have not corroborated her story, and Kavanaugh said he did not attend such a party.

Sen. Lindsey Graham of South Carolina broke the pattern when it came his turn to question the nominee. Graham angrily told the committee Democrats he would never do to their party’s nominees “what you’ve done to this guy. This is the most unethical sham since I’ve been in politics.”

Kavanaugh, 53, appeared headed toward confirmation by the Senate to the high court until Ford’s allegation surfaced and she went public with her story in a Sept. 16 account in The Washington Post.

Opponents of Kavanaugh — considered an originalist who interprets the Constitution based on its initial meaning — fear his confirmation would move the high court in a more conservative direction. Trump nominated him to replace Anthony Kennedy, often a swing vote between factions on the bench.

Democrat and pro-choice Republican senators are particularly concerned Kavanaugh could be a fifth vote to reverse the 1973 Roe v. Wade decision that legalized abortion. His record as an appellate judge has received favorable reviews from nearly all pro-life and religious freedom advocates.

A judge on the D.C. Circuit Court for 12 years, Kavanaugh was approved 57-36 by the Senate in 2006 after a three-year delay following his nomination. Previously, his experience included time as a senior associate counsel and staff secretary for President George W. Bush, as well as a Supreme Court clerk for Kennedy.