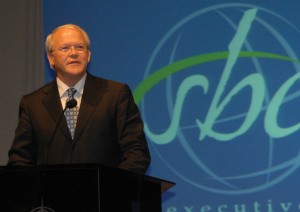 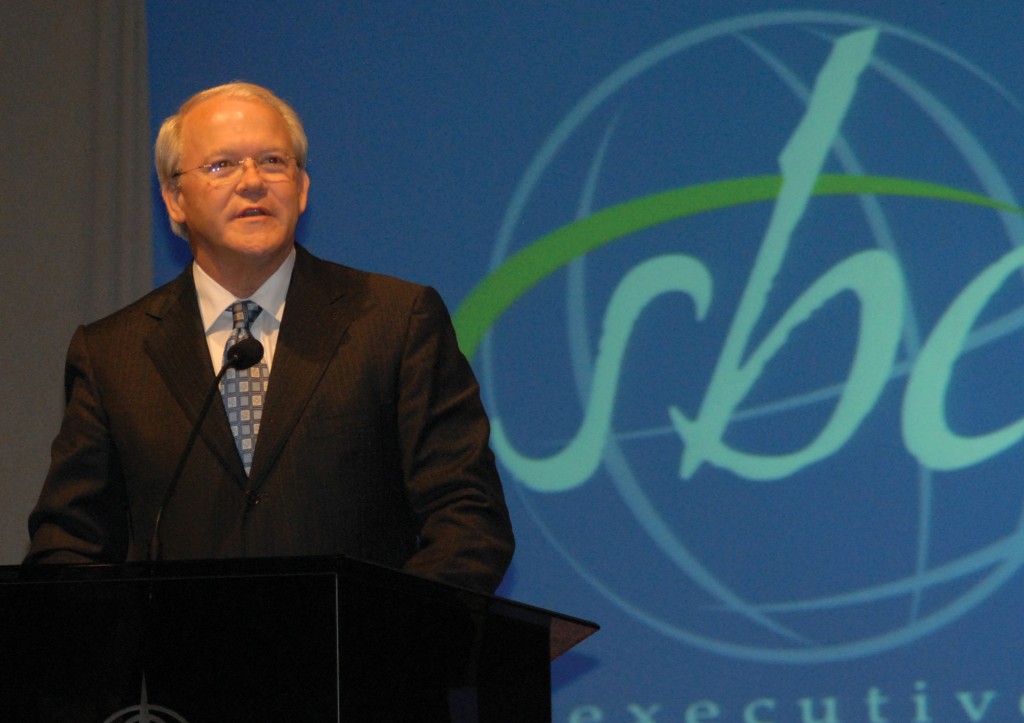 NASHVILLE, Tenn. (BP)-Southern Baptist Convention President Frank Page called Sept. 17 for continued prayer for a convention-wide and nationwide revival, and gave a glimpse into what he believes it would look like.

Page, pastor of Taylors, S.C., First, made the comments during his presidential address to the Executive Committee.

“As I travel around the nation and even around the world, I’ve had a question asked of me . . . that I have sometimes fumbled in answering. ‘Frank, when revival comes, what will it look like?'” Page recounted. “I’ve had to answer academically because I have never seen one on a nationwide scale. I can only tell you what I’ve heard about, what I’ve read about historically.”

Focusing on the words of Acts 1:8-“when the Holy Spirit comes”-Page said he believes a revival will have at least three key elements:

Page said he is asking Southern Baptists, upon his leaving office next June, to launch a massive focus on reading the Bible in one year. He said he wants to see “millions of Southern Baptists” reading it together.

• A focus on evangelism.

Page said he is excited about working with the North American Mission Board on a “long-term, multifaceted, flexible evangelism strategy” that will be presented at the SBC annual meeting next year. It will “pull our churches together to say not only what we should do but here’s how we can join together.”

“We desperately need to be a convention that is serious about soul-winning,” he said. “. . . I believe (it) will be one of the greatest strategies that we’ve ever seen.”

Before Page spoke, the Great Commission Council-which is made up of presidents of SBC entities-gathered around and prayed for Southwestern Seminary President Paige Patterson and his wife Dorothy for what GCC members called an “unprecedented attack” on the couple.

Page said, “When the Holy Spirit comes, our differences will fade by the greatness of that which pulls us together, and we will focus on the mission that Christ has called us to remember.”