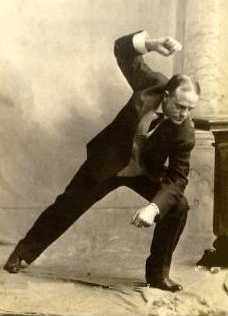 In Ephesians Paul speaks of evangelism as being one of the gifts for the building up of the body of Christ. Unfortunately, however, evangelists often inadvertently tear down the body of Christ. I can remember in high school fretting, even to the point of tears, as to whether I was actually saved. This anxiety spiked following revivals or evangelistic services because it seemed that the evangelist did everything possible in order to spawn doubt in the believer’s heart. I can remember hearing these preachers relay stories about individuals that thought they were saved but then realized they had not produced a truly sincere profession of faith. If these Christians were not really Christians, how could I be sure that I was? After all, I could hardly remember my acceptance of Christ at age nine, much less remember the sincerity of such a moment.

And I have spoke with others that have had similar experiences. Recently, one person told me that he accepted Christ four times, and was baptized three! (I think this is right; it was something ridiculous like that.). All in an effort to “nail down” his certainty of being a believer.

These tactics that foster doubt in Christians, especially young people, are wrong. They harm the effectiveness of the Church by causing its members to doubt their place in it! If it is the Gospel that anchors the actions of Christians, any preaching that loosens that anchor will harm Christian activity.

But at a deeper level, these tactics undermine the Gospel. They imply that the believer must muster a certain degree of enthusiasm and sincerity or at least have a certain level of sophistication in order to validate their faith in Christ. This is simply not the case. There is an episode in the Gospels where a woman seeks to simply touch Jesus’ clothes in hopes that by touching them she might be healed from her sickness. This is not mature faith but a superstitious one. Nonetheless, Jesus says your faith has made you well (Mt 9.22). Why? The point Tim Keller extracts from the text is that it is not the sincerity or sophistication of one’s faith but the object of one’s faith that heals them. The woman did not have an accurate understanding of faith, but the object of her faith was right. Interestingly, our culture thinks the exact opposite with regards to faith: it is not the object of our faith that matters, but the sincerity of it. This is not true of biblical Christianity and it does not measure up with reality either, says Keller.

To make his case, Keller describes three men running from a bloodthirsty bear. The men reach a cliff and there is a frozen pond at the bottom. They are faced with a dilemma: take their chances with the bear, or jump onto a frozen pond that may or may not hold them. The three men all, by faith, decide to jump onto the frozen pond. Yet they all have varying degrees of faith. The first has hardly an inkling of faith that the ice will hold him but jumps anyway. The second person is about 50% sure that the ice will hold. The last guy, seeing the other two made it, had a strong faith in the ice’s strength to hold him. Given their varying degrees of faith, all made it! All were saved! In other words, it was not the level of their faith, but the object of their faith, in this case, the pond. (This is Keller’s illustration as I remember it; I probably botched it in one way or another)

So, it is not so much the level of our faith but the object of it that matters, namely, Jesus Christ. Many evangelists would do well to remember this point. Christ is not an elusive hoop to jump through but instead he stands with arms open wide enough for the most heinous of sinners.  As the hymn states, “the only fitness He requires is that we know our need for him.”  As I think back to my salvation experience at age nine, I do not remember what exactly I believed about Jesus. I am sure it was fraught with theological problems. Nevertheless, I do know the object of my faith at that point. I simply threw myself to Jesus, just like those men threw themselves onto the frozen pond. And through that, I was saved.