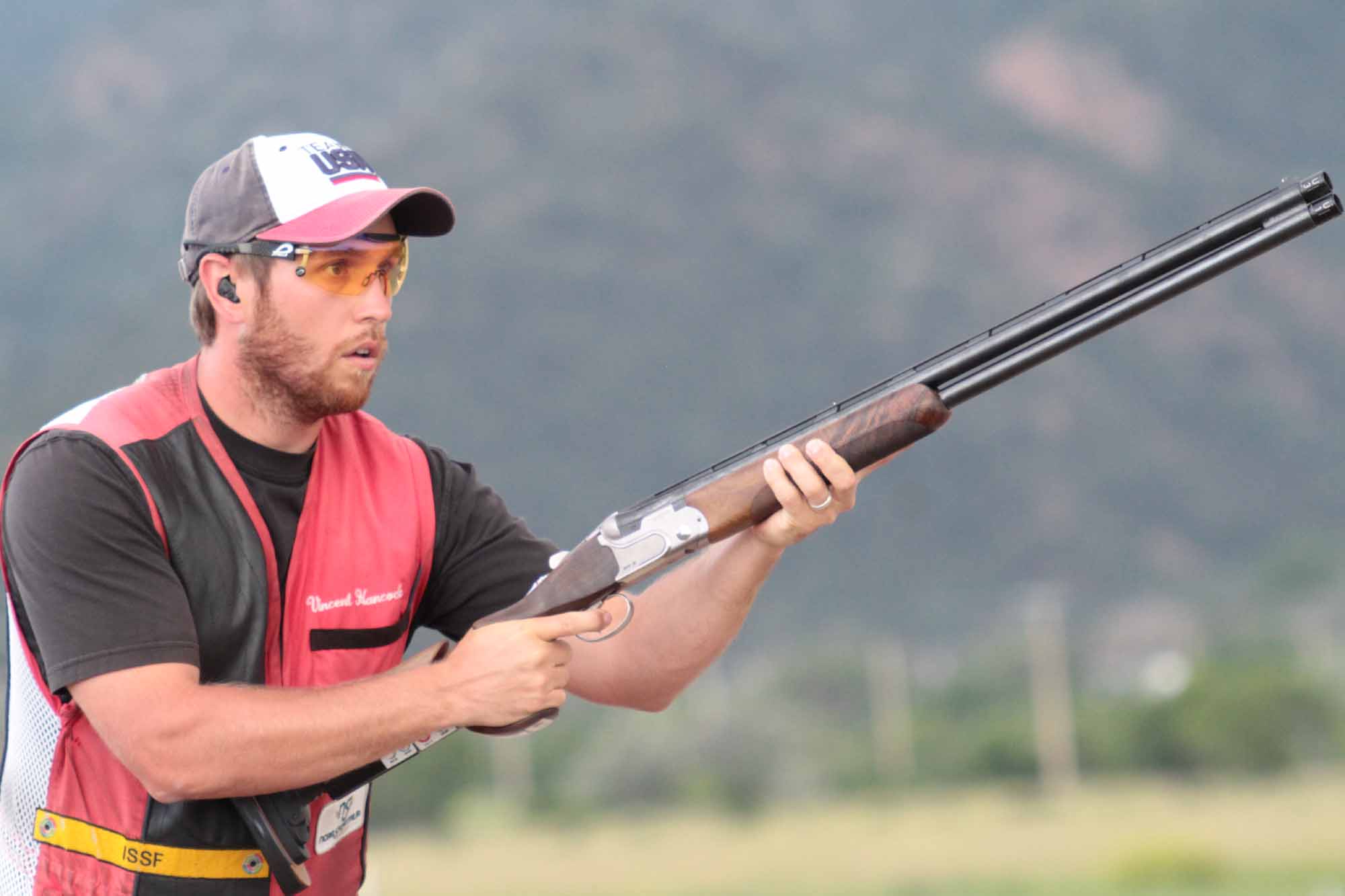 RIO DE JANEIRO (BP) — Vincent Hancock was so fed up with skeet shooting in 2011 that he almost quit.

Despite winning gold in skeet shooting in the 2008 Olympics in Beijing, Hancock had lost his love for the sport. After a horrible World Cup competition in Slovenia — his worst finish ever — he called his wife Rebekah to tell her he wanted to quit. 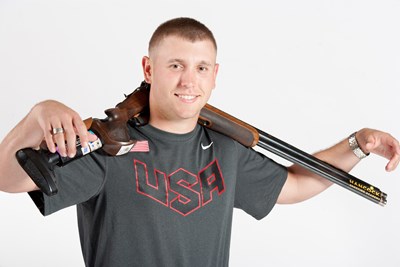 Hancock followed his wife’s counsel. They talked through the challenges he was facing. They began praying together every night. A few months later, Hancock started to see some improvement in his shooting.

“For the first time in years, I was having fun again,” Hancock said. “I attributed that to God just working through me and opening up my mind and saying, ‘You know what? You have an opportunity to do something great here, and it’s not just about winning medals.”

That transformation in Hancock’s life resulted in a renewed perspective on his sport that he still carries with him. Hancock repeated as a gold medalist in London in 2012, becoming the first Olympic skeet shooter ever to accomplish that feat. This year in Rio, he’s chasing his third straight gold medal. He will begin his competition with the qualifying round on Friday.

But despite his success, Hancock admits that gold medals are not the reason he keeps competing.

“It’s for me to have a platform to introduce people to Christ, to show people what He’s capable of in us and to set an example,” Hancock said.

Though the Georgia native attended church with his family as a young boy, his parents eventually got out of the habit and dropped out of church altogether. But then as a teenager heavily involved in competitive shooting, Hancock met Rebekah — also a competitive shooter. She lived three hours away from him, and they began dating.

Rebekah came from a Christian family, and when Hancock would drive to her house a couple of weekends a month, he attended church with her family. The couple married when they were only 18. Though Hancock thought he was a Christian, he eventually came to understand, through his wife’s influence, that he was not.

“Slowly but surely, she made me understand who Jesus was again and what He had done for us, and I just fell back in love with Him,” Hancock said.

“Things changed, and I’ve just been trying to grow in my faith ever since.”

That nightly ritual of praying with his wife that began during his troubled days in 2011 has continued. Whether he’s home or not, they’ll pray with each other and with their two daughters.

“We pray for our family, our life together and we thank God for loving us and taking care of us, for guiding us because we know we don’t have to worry,” Hancock said. “He is going to take care of everything, and He’s got a plan already set in place for us.”

Time will tell whether that plan includes another trip to the medal stand in Rio. Regardless, Hancock knows his work goes beyond winning a third gold medal.

“God has given me this amazing ability to do what I do, so I’m going to go out and I’m going to take a hold of it, and I’m going to do it because it’s more than just winning a gold,” he said. “It’s people I can impact in a positive direction on a daily basis through what I do — that would otherwise have no input from a Christian source.

“I believe that God has put me here to do that work.”