Oklahoma Baptist University conferred degrees upon 288 graduates during its 104th Spring Commencement Friday, May 18. The event took place in Raley Chapel’s Potter Auditorium on the OBU campus in Shawnee.

The graduating students took their symbolic final walk across the campus as OBU students when they filed into Raley Chapel’s Potter Auditorium for the 3 p.m. ceremony. The walk mirrored one of many of the graduates took during their first week as students. Dressed in academic regalia, the graduates proceeded from the Geiger Center to the chapel, passing through rows of OBU faculty members before reaching the chapel’s east steps. 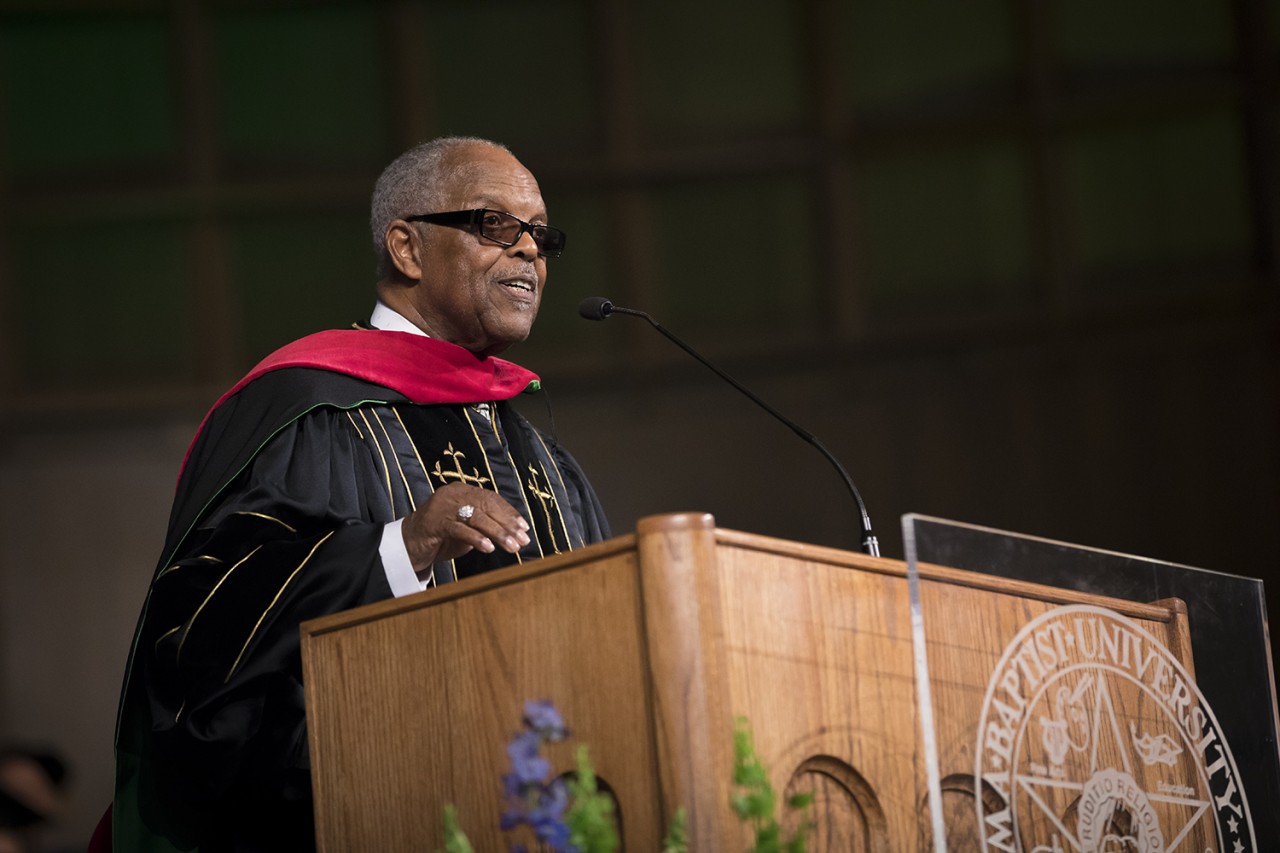 The Rev. Dr. John A. Reed Jr., senior pastor of Fairview Missionary Baptist Church in Oklahoma City, delivered the commencement address. During the ceremony, the University awarded Reed with an honorary Doctor of Divinity.

During the ceremony, the University awarded Reed with an honorary Doctor of Divinity. 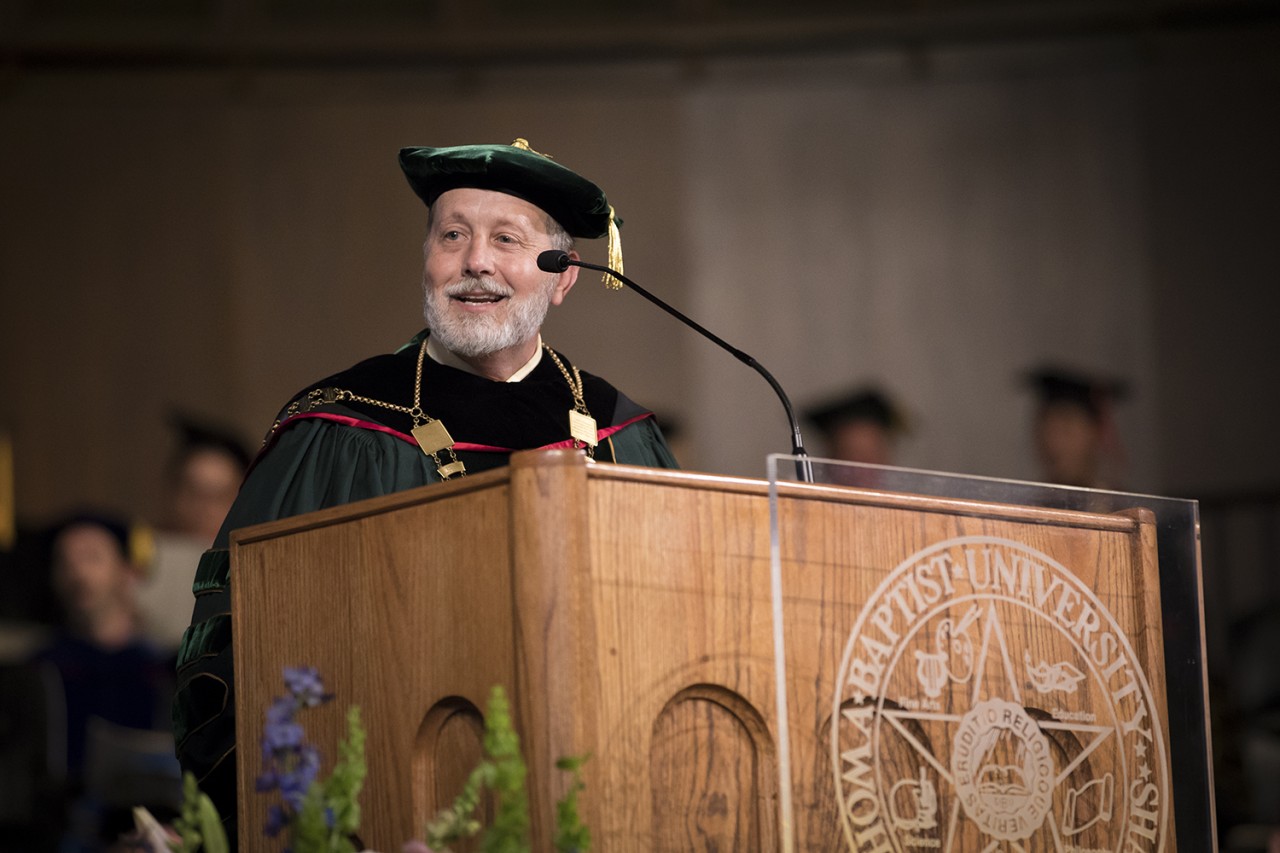 OBU President Dr. David W. Whitlock presided over the commencement ceremony and delivered a charge to the graduates.

Reed delivered an emotionally charged message, challenging students to go beyond their own limitations.

“If your mind can conceive it, and your heart can believe it, then you can achieve it,” he said.

He continued by challenging the graduates to persevere during difficult times and to hold onto their dreams.

He concluded by encouraging the graduates in the times to come.

“Let me challenge you this afternoon to keep dreaming,” he said. “No matter how weak you may feel at any given moment, keep dreaming.”

To view a view of the commencement ceremony, visit www.okbu.edu.